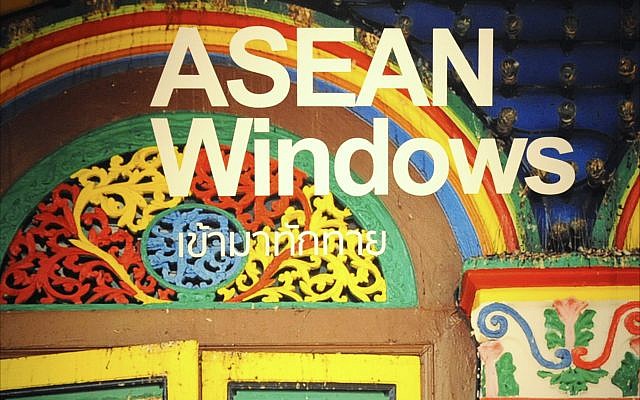 Note: This is the last of three articles about my recent press trip to Thailand, which was organized and financed by the Royal Thai Embassy in Washington.

BANGKOK — A museum showcasing a trade bloc may seem boring, but Bangkok’s new ASEAN Cultural Center is anything but.

The museum, which opened in August 2015, is the only one of its kind located in any of the 10 countries comprising the Association of South East Asian Nations. And in three months, as Thailand assumes the presidency of ASEAN for 2019, it’ll take on even more prominence.

“Lots of delegations will visit us, so we’ll keep on rotating new exhibits from all our member countries,” says Urusaya Intrasuksri, director of this little-known tourist attraction, which is run by Thailand’s Ministry of Culture. “We’re here to share, not to compete.” 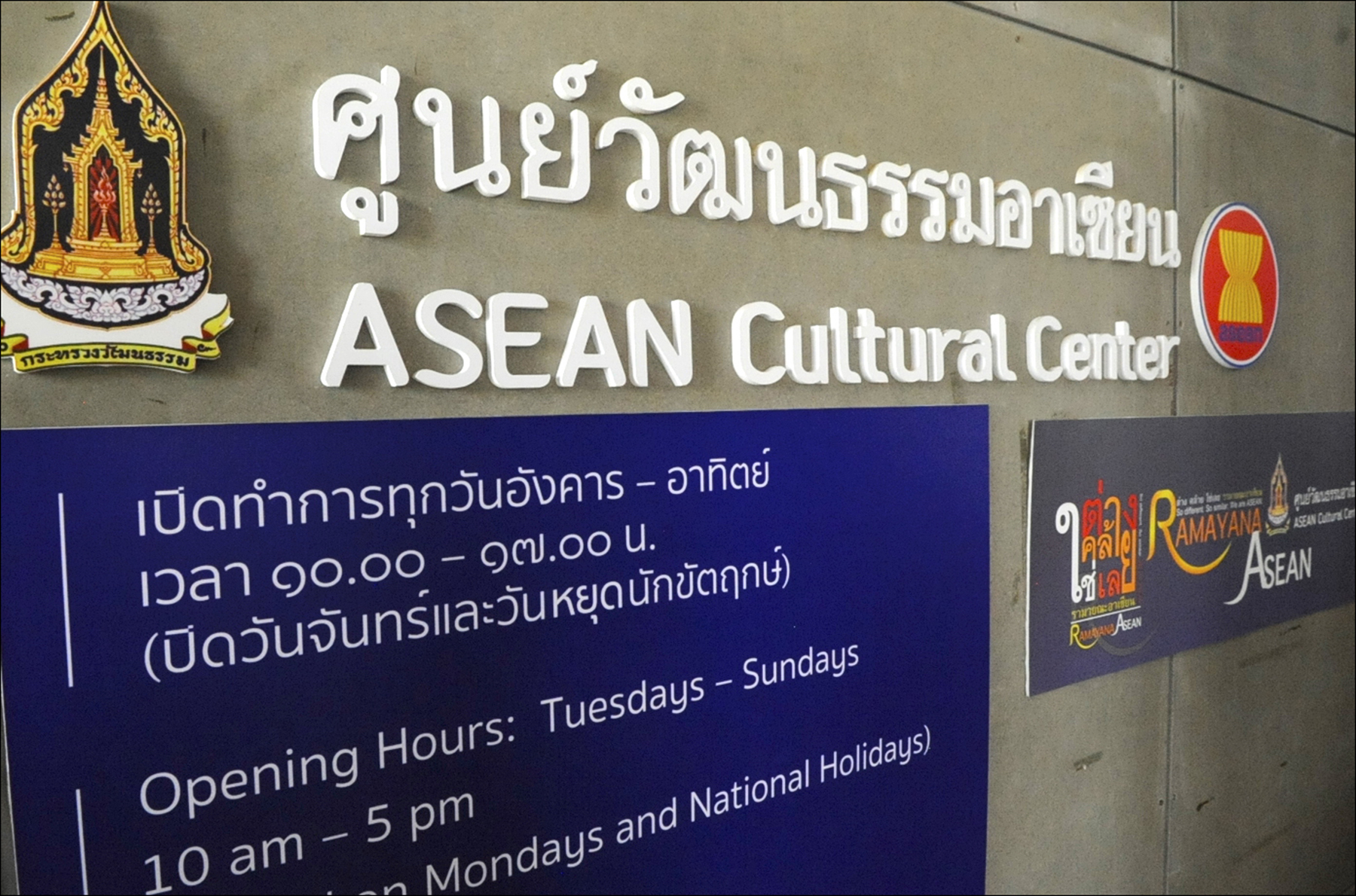 Covering 900 square meters and occupying the entire third floor of the Ratchadamnoen Contemporary Arts Center, the ASEAN Cultural Center attracts about 2,000 visitors a month. During the week, the place receives mostly foreigners — many of them planning to visit other ASEAN countries and seeking information. On weekends, the museum is packed with Thai students on field trips.

Intrasuksri, who’s worked for the Ministry of Culture for 20 years, recently gave this reporter a tour as part of a five-day organized press trip to Thailand.

Visitors to the museum are greeted with an informational video about how and why ASEAN was formed at a 1967 summit in Bangkok, and a bit about each of its 10 member nations: Brunei Darussalam, Cambodia, Indonesia, Laos, Malaysia, Myanmar, Philippines, Singapore, Thailand and Vietnam (Israel, incidentally, has relations with all 10 except the predominantly Muslim nations of Brunei, Indonesia and Malaysia). 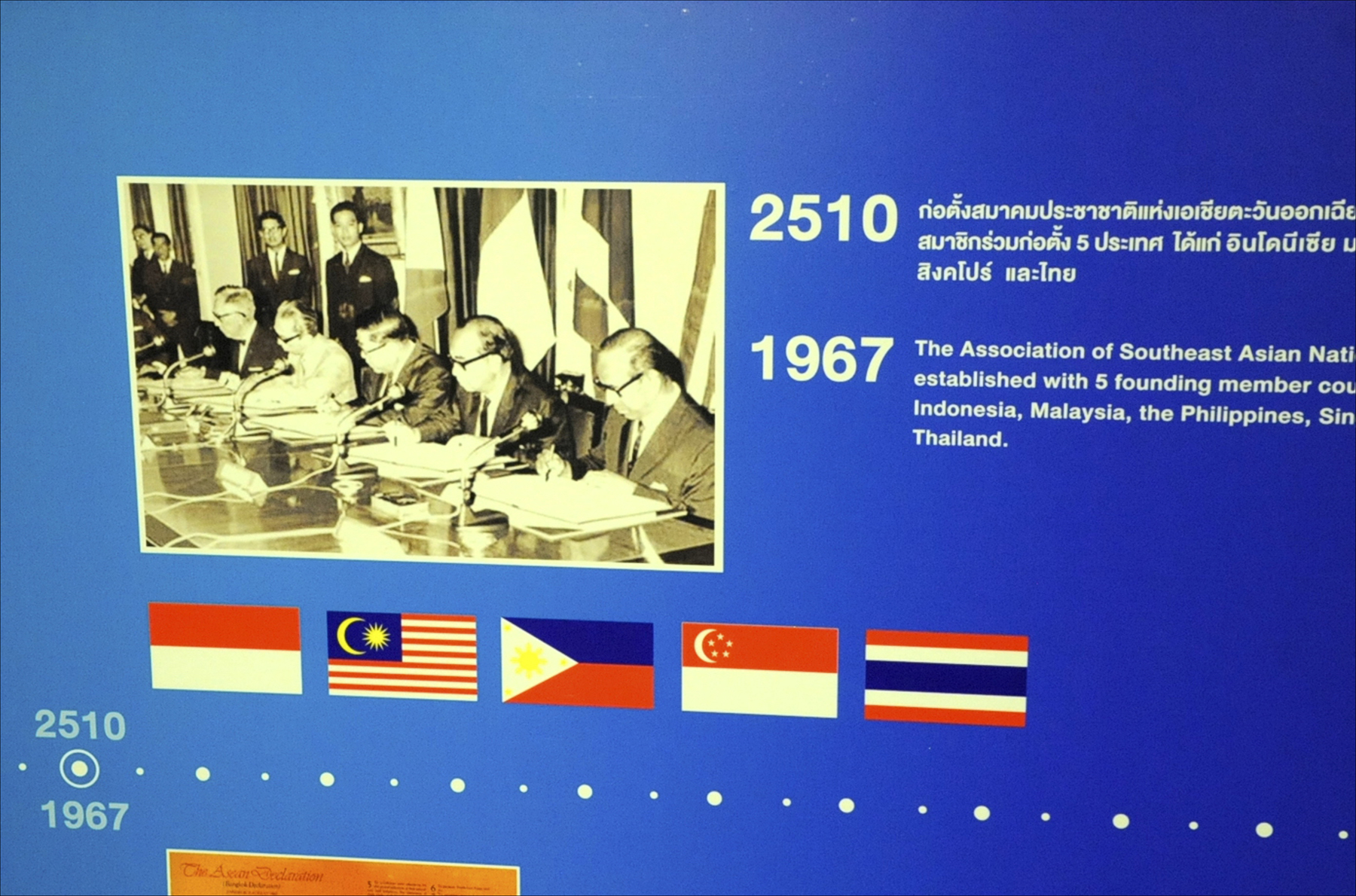 A timeline notes the 1967 founding of ASEAN in Bangkok by Indonesia, Malaysia, Singapore, Thailand and the Philippines. (Larry Luxner)

Together, the 10 countries cover 4.5 million square kilometers and are home to 645 million people. They boast a combined GDP of $2.72 trillion and last year attracted more than $100 billion in foreign direct investment.

“In order to do business, you need to know the people you’re working with, and learn some of the basic do’s and don’ts,” Intrasuksri explained. “If you know understand how they think and how they’ll perceive you, it will be easier for you. Culture is the foundation of everything.” 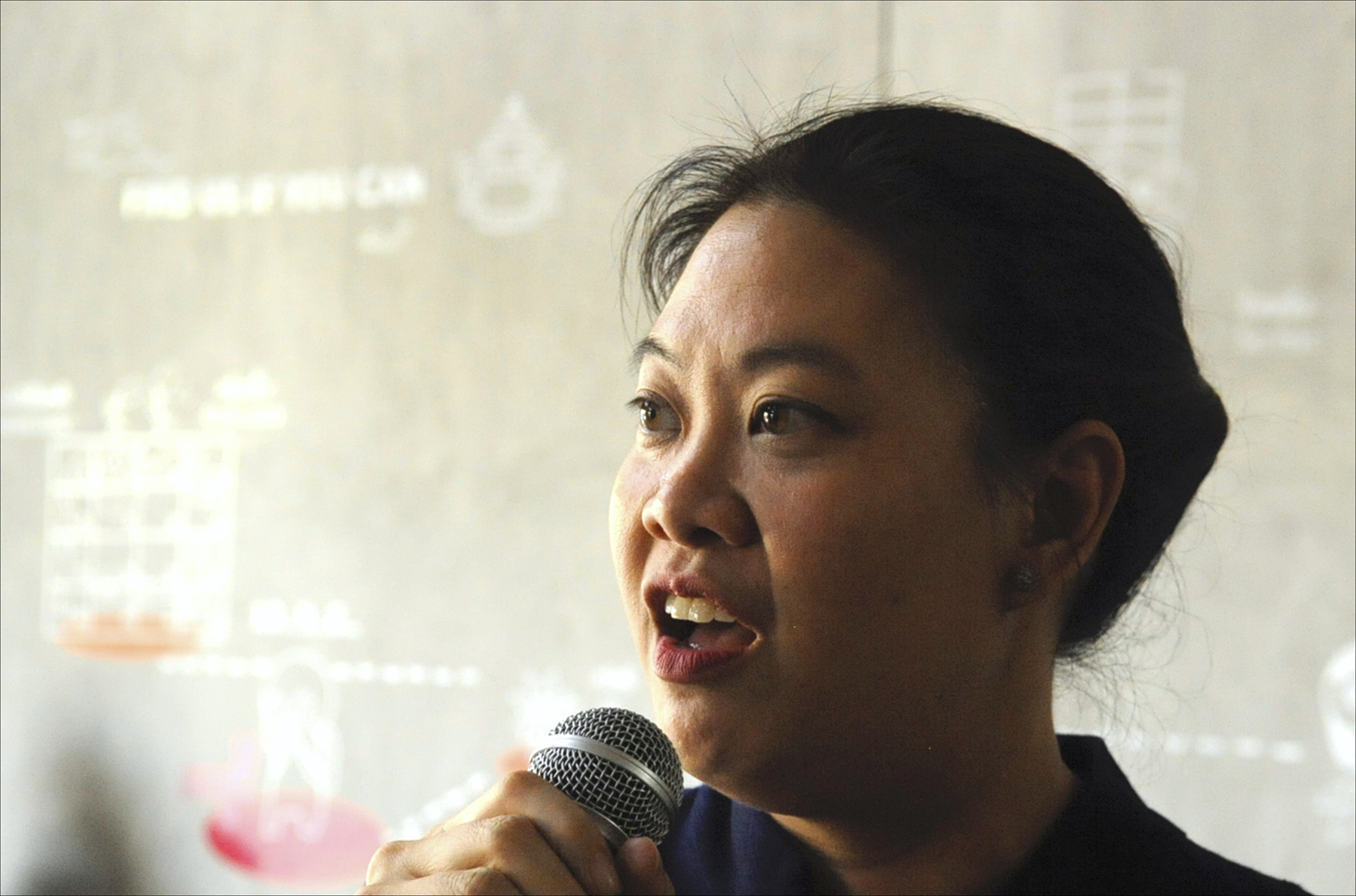 Culture is, in fact, the main focus of this museum, which charges no entrance fee (though donations are always welcome).

“We try to depict the similarities and differences of the diverse cultures in this area,” she said. “We display everything as 10 countries. We’re not picking one country to show it off, but rather the common heritage that we share.”

One interesting feature is the “magic door” which, when opened by two staffers — one on each side — a different video appears, showing traffic whizzing by the leading national landmark of each country. These include everything from the Grand Mosque of Brunei to Merkati Square in Kuala Lumpur, Malaysia. 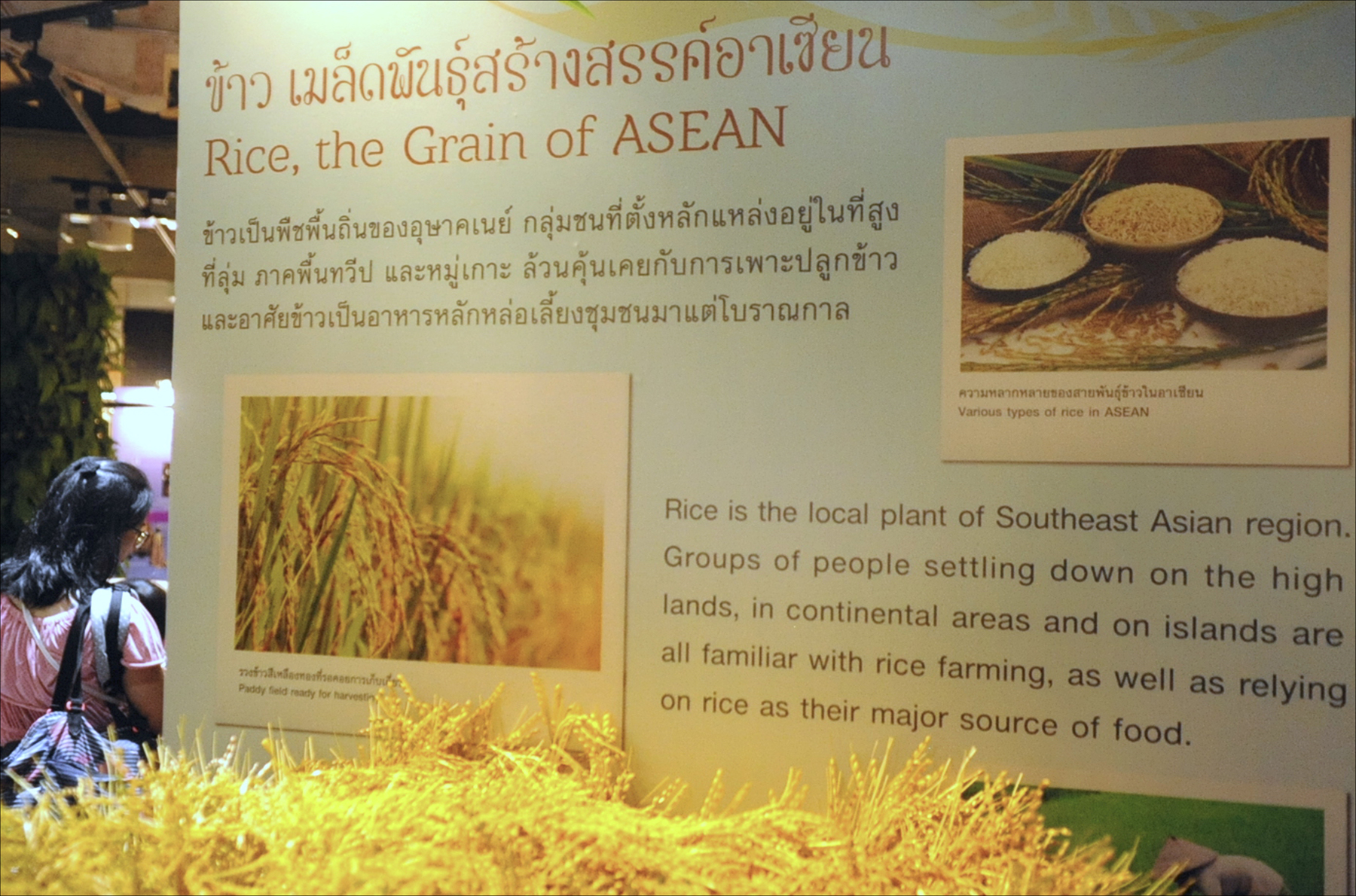 Part of an interactive display on typical greetings in the 10 member nations of ASEAN. (Larry Luxner)

When it comes to religion, ASEAN is quite diverse. Islam accounts for around 40 percent of the bloc’s total population. Besides Indonesia, Malaysia and Brunei,  sizeable Muslim communities also exist in the Philippines, Myanmar and Singapore.

Buddhism dominates in Thailand, Myanmar, Vietnam and Cambodia, while Christianity is the chief religion of the Philippines (whose president is currently visiting Israel). All these religions are represented at the museum, which also includes touch-screen panel that allows visitors to hear greetings in the national languages of each of the 10 member states. Another fun feature is an interactive display that photographs visitors in virtual national costumes.

“I stumbled upon this cultural center when visiting the Ratchadamneon art center downstairs,” wrote Stephanie Kee of Penang, Malaysia, in a recent online review. “I was pleasantly surprised by how interactive and fun this center is. Coming from an ASEAN country, I really appreciate the materials exhibited. The content was informative and looks suitable for kids to enjoy, too.” 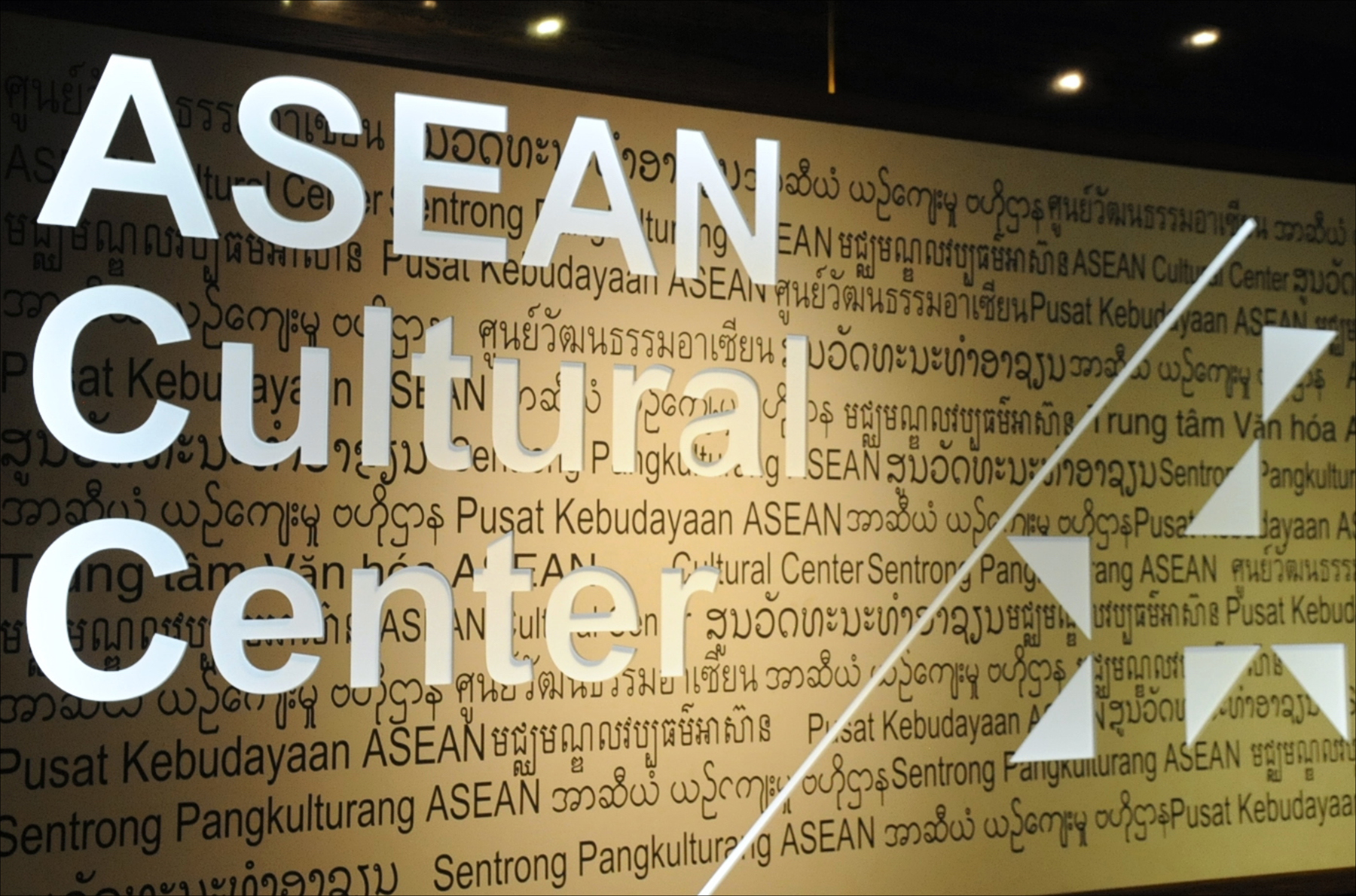 Right now, there’s a temporary exhibit on the spiritual and economic dimensions of rice, the so-called “grain of ASEAN.” Every few months, this exhibit changes, and the center hosts an event in the second week of each month; sometimes it’s a workshop, and sometimes it’s a performance.

This past April, for instance, the center hosted the International Folk Festival 2018. Another recent exhibit, “Marry Me,” featured wedding traditions in each of ASEAN’s 10 member nations.

For updated information on exhibits and events, visit the museum’s Facebook page.