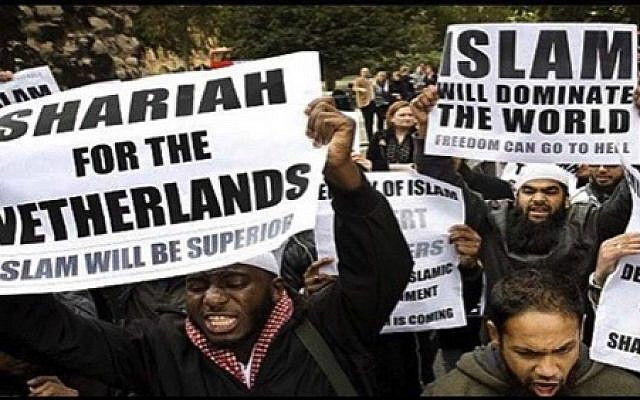 Fred Saberi — After the Islamic Revolution in Iran, Khomeini’s Shiite government sect was established, and the situation in the Middle East, Europe, and even the whole world gradually disintegrated, comfort and security were taken away from everyone, especially from Iran and Iranians.

Khomeini’s version of Islam began with the slogan “Israel must be wiped off the map of the Middle East.” And by creating quasi-military forces in various countries in the region and at the same time with the indirect cooperation of the Muslim Brotherhood’s Islamists, the left, and socialists – the founders of the Islamic Revolution – they have cooperated in European countries under the name of “Theology of Islam”. They deployed their lobbyists in various European countries in academic institutes, universities, and important centres of power.

The question is how the Islamic Group of the Muslim Brotherhood and Khomeini’s Shiite have grown rapidly in the most of European countries over the past 38 years, and important departments of European countries and their various centres are either under their control or supported and consulted by them.

With the formation of the European Union, most European countries, not only ignoring this important and harmful growth, but also, with their destructive strategy from late 1969 to 1973, pursued a policy of “cheap energy and labour”, tThey fell into the trap of a virus called political Islam, led by the Muslim Brotherhood and Khomeini’s sect.

In order to address this issue more carefully, a reference to the “Barcelona Agreement” is useful, and the majority is certainly not aware of it. On November 28, 1995, an agreement was signed in the European Union that was never shared with the citizens of European countries and remained hidden from them.

Given this, today in most European countries we are faced with two types of parallel culture: modern Western culture and the other is the Islamic Brotherhood-Khomeini culture, which is a combination of the Muslim Brotherhood Islam and Khomeini’s Shia.

In every way, the two Islamic sects have taken the lead in Islamic culture in Europe and are united at one key point: anti-Westernism and anti-Semitism are the strategic principles of these degenerates, and this has upset the balance and order of modernity in Western countries.

The Barcelona Agreement is based on four basic principles and requirements, which practically includes:

Based on the same principles, today the wrong policies, along with the immaturity of some politicians in European countries have caused social and political turmoil in European countries, and on the other hand, have led to the growth of anti-Semitic, and anti-foreigners activities. This resulted in Socio-political imbalance in Europe and people losing confidence in the politicians and parties they have voted for years.

With these facts, European politicians have, not only, never tried to share the truth of the Barcelona agreement, which was done behind the closed doors, with their citizens, but any group and citizen who criticizes this situation has been labelled anti-foreign and Islamophobic. The situation is deteriorating day by day and is now a problem for Europeans.

After the Democratic Party came to power in the United States, with the election of Barack Obama, the Middle East revolted and Muslim Brotherhood and Khomeini sectarianism added to their killings in the region, and some European countries continued to make the same old blunders. They went so far as that some European politicians, one after the other, jumped into the bed with the Islamic Republic of Iran, wearing Islamic hijabs, bowed to the murderers of the criminal sect. 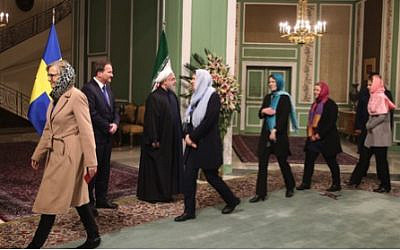 It was during the time that human rights journalists reported high number of executions in Iran, and the Islamic regime was killing people in Syria at the same time as Bashar al-Assad.

It was not long before another Islamic sect was born in the Middle East called the Islamic Caliphate (ISIL), which was also supported by the Turkish Muslim Brotherhood, and a group of people from different European countries left for the Middle East and joined ISIS.

The plight of refugees in Europe

After the Syrian regime’s chemical attack, Bashar al-Assad, with the help of the Islamic Republic of Iran and Russia, on the one hand, and the brutal killing of the Iraqi people by ISIS, on the other, People of the region flocked to Europe via and help of Turkey and this time, these three groups, ISIS, Muslim Brotherhood, and the Islamic Republic of Iran joined forces. The helm of the refugee ships was in the hands of Recep Tayyip Erdogan’s Muslim Brotherhood.

These three groups seized the opportunity sent their own people under the cover of refugees to Europe. On the one hand, ISIS sent its people to Europe, and on the other hand, the Islamic Republic of Iran sent its Fatimids and Zainabs, consisting of Afghans and Pakistanis who also participated in the repression of the Syrian people, along with Muslim Brotherhood forces to Europe to infiltrate deep into the societies. 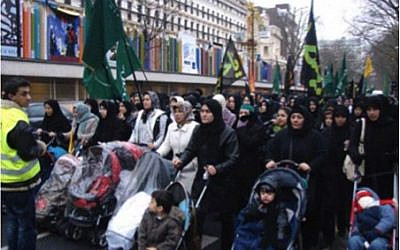 European politicians, under pressure from the left and socialists in the European Parliament, decided to open their borders to the floods of refugees without any means to control it. However, some EU countries refused to accept  the uncontrolled flood of refugees. It went so far as to force Britain out of the European Union because of this compulsion to accept refugees.

On the other hand, Recep Tayyip Erdogan, who dreams of rise the Ottoman Empire, used the agreement of Barcelona to use refugees and asylum seekers as a human shield against the European Union. With the latest information he has received six billion euros from the European Union to close its borders and accommodate refugees.

Still, some EU countries that have accepted refugees without any control and capacity are still struggling with their problems and are facing socio-political turmoil as well as the dissatisfaction of their citizens.

This did not stop here; Erdogan has once again turned to the European Union to extort money. He threatened to reopen Turkey’s borders to Europe if his demands were not met. He also sent some refugees to Greece and Bulgaria, so he can put more pressure and extort more from Europe by exploiting refugees.

The European Union, which is not in a good political and social situation, has once again added to its problems under pressure from Erdogan, and the situation has deteriorated with the UK’s departure from the EU.

It is worth noting that the European Union has criticized Israel for defending its borders and condemning the government against terrorists. But on the other hand, by sending troops to the Greek border, it intends to prevent the entry of proxy forces of the Islamic Republic of Iran and the Muslim Brotherhood and ISIS! This is double standard and wrong policy of Europe.

To get out of the current crisis, EU countries need to change their policies to save themselves with practical and realistic measures, otherwise the formation of a religious war is not far-fetched.

Europe must know that the ridiculous strategy of cheap energy and labour in support of anti-human regimes such as the bloodthirsty and corrupt Islamic Republic of Iran, which more than 90 percent of the people have said “no” to, will not help solve their many crises, but on the contrary, it will be swallowed up by Islamists.

In conclusion, the Europeans must realise that the best thing for them is to support the people of countries that are fighting for freedom and democracy, and to cut off diplomatic ties with regimes such as the Islamic Republic of Iran and the Muslim Brotherhood, and save themselves from the regional crises that have spread to Europe.