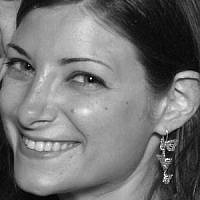 The Blogs
Felicity Kay
Apply for a Blog
Advertisement
Please note that the posts on The Blogs are contributed by third parties. The opinions, facts and any media content in them are presented solely by the authors, and neither The Times of Israel nor its partners assume any responsibility for them. Please contact us in case of abuse. In case of abuse,
Report this post.

Well here I am. Finally, I’ve made it.

Specifically, I’ve made the ‘A’ word, which is generally a cause for alarm amongst the parents of diaspora Jews at the best of times. It goes unsaid that right now is considered the worst of times.

Just over a week ago, I left my comfortable, humdrum life in London to move to a ‘war zone’. Not for a holiday, but permanently.

If my intended aliyah (5 years in the planning) alarmed my family and friends before, the timing of it now, coinciding with the IDF’s ‘Operation Protective Edge’ did little to quell their plutzing. Nor did the near-constant stream of vitriol and bias from the English newspapers and general public. Back in Blighty, Israel – the place which I so dearly loved and dreamed about – was being at best portrayed as little more than a warzone; at worst, borderline apocalyptic.

Upon telling people about my plans – colleagues, friends, family – Jewish and non-Jewish, I might add – all were alike in expressing shock, disbelief and concern that I would directly and willingly place myself right in the midst of it all.

So then why did I decide to do it? Especially now?

Yes, the language is difficult to acquire; Israelis have some way to go when it comes to manners and everything is currently tinged with the uncomfortable – from the unbearable heat to the security situation.

But there’s a sense of togetherness, of solidarity and connectedness that I’ve never experienced before – the nearest experiences I can compare it to are the periods during the London bombings in 2005 and the London Olympics in 2012 – that we are all in this together, for better or worse.

Keeping up to date with the tragic developments over the past couple of weeks, including the escalation of the operation to the eventual ground offensive, is now a national concern of which I am part. It’s no longer mere information which I’d try to sneakily glimpse during the teaching day or my lunchbreak. Here it all is, right in front of us, and it now actively affects me too.

Everyone in Israel has a personal connection to the soldiers – be it knowing someone who’s been called up, having served in the army themselves or otherwise. Consequently, when tragedies happen (such as the recent surge of soldiers’ deaths, may their names be of blessed memory) Israel mourns collectively, as evidenced by the 30,000 attendees at a lone soldier’s funeral the other day. The emotions run deeper here.

Yes, it can be terrifying at times – I experienced my first rocket siren last week in Tel Aviv, where a 5 rocket barrage was intercepted by the Iron Dome right above me – but here, a sense of determination and togetherness prevail. Despite the shrieking and in some places,constant blaring of rocket sirens across the country, despite the almost physically painful sense of loss, here we all are, supporting one another through a tough time.

I have finally made it here. I’m not brave, nor reckless, nor stupid.

I am now Israeli, and I’m here to stay.

About the Author
A former high school teacher, Felicity was born and bred in London, and dreamed of making aliya since her first visit to the Holy Land at age 18. Having finally done so, during 'Operation Protective Edge', she is happily settled in Israel, with ex-street cats Meshugana and Tigger by her side.
Comments