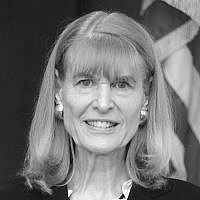 The Blogs
Ellen Hershkin
Apply for a Blog
Please note that the posts on The Blogs are contributed by third parties. The opinions, facts and any media content in them are presented solely by the authors, and neither The Times of Israel nor its partners assume any responsibility for them. Please contact us in case of abuse. In case of abuse,
Report this post.

History doesn’t always repeat itself, but echoes of the darkest chapters serve as warnings. We study the past and preserve our tradition so that we’ll recognize the signs. For these troubled days, the observance of Purim — commemorating the defeat of a plot to massacre the Jews in ancient Persia — is a timely reminder.

But as troubling as the recent anti-Semitic outrages are, the United States is not prewar Europe, let alone ancient Persia, where for all Queen Esther’s courage, protection depended on a king’s will. Here, the protection of the law and the fabric of society are with us.

The FBI is aiding local authorities in investigating the crimes. During his first address to Congress, President Trump condemned anti-Semitism. The House of Representatives’ Bipartisan Task Force for Combating Anti-Semitism has called on the president to take additional steps — involving resources for the Justice Department and interagency coordination — in the fight against anti-Jewish hate crimes.

We’ve seen an outpouring of support from fellow citizens. Many non-Jews stood in line to clean and repair the Chesed Shel Emeth cemetery outside St. Louis, where more than 150 tombstones were overturned. Muslim organizations launched a crowdfunding campaign to pay for the damage, quickly raising $100,000 — far surpassing the $20,000 goal.

I can’t help but share my pride at the Jewish response to equally appalling attacks against Muslim institutions. When a Muslim man launched a fundraising drive to help repair a Tampa mosque damaged by an arson attack last month, he noticed many donations in multiples of $18 and discovered that they were attached to Jewish names.

Generosity and solidarity can be unleashed by acts of hate. I have full confidence, and there is bountiful evidence, that America’s soil is especially rich for the cultivation of good.

But we can never be complacent, nor can we expect America to fulfill its potential, without constant vigilance. The idea that anti-Semitic crimes are not just a Jewish problem, but also an American one, must be acknowledged.

We have to speak out, express our values, and demand justice every day. All hate crimes must be punished to the fullest extent of the law. We should all exercise our right to insist that Congress and the administration redouble their efforts to fight all forms of anti-Semitism and all hate crimes at home and abroad.

The heroine of the Purim story is a queen who raised her voice to save her people. Until she asked for his support, the king didn’t know his own wife was Jewish. Esther, her Persian name, was part of her cover — her Hebrew name was Hadassah.

Hadassah, the Women’s Zionist Organization of America, was founded in the season of Purim in 1912, inspired by the recognition that altering the course of history required learning its lessons. Modern Hadassah combines the legacy of Queen Esther, the Jewish national liberation movement and the determination of women to become leaders. While the central goal of Zionism was the establishment of a Jewish state, in America it also accelerated the impulse for Jews to involve themselves in public life, to insist on equality for all and to wear their identity proudly.

The more we learn from history, the more likely it is to reward us. Let us use the celebration of Purim as a reminder that even while evil exists we, our society and our government, have the capacity to defeat it.

Ellen Hershkin is president of Hadassah, the Women’s Zionist Organization of America, Inc.

About the Author
Ellen Hershkin is the 26th National President of Hadassah, The Women’s Zionist Organization of America, Inc. (HWZOA) after having served in numerous key board and committee positions for over four decades. As part of a fourth generation Hadassah Life Member family, her service to Hadassah encompasses her passion for Zionism, advocacy, and medical research. Ellen has been a two-time recipient of the Woman of the Year Award from the Dix Hills Hadassah Chapter in 1977 and from the Hadassah Suffolk Region in 1984. She was also recognized by the Dix Hills Chapter with the National Leadership Award and the Love of a Lifetime Award. In May 2006, the Suffolk Council of Jewish Organizations bestowed its highest honor on her for leadership, commitment and dedication to Jewish life. In addition to her work for Hadassah, Ellen has served on the boards of the Jewish National Fund, the United Israel Appeal Board of Trustees, the Suffolk Council of Jewish Organizations and was a member of the American Jewish Congress Women’s Roundtable. She serves on the executive boards of her local civic association and of the Friends of Israel Sports Center for the Disabled in Ramat Gan, Israel, of which she is a founding member.
Related Topics
Related Posts
Comments 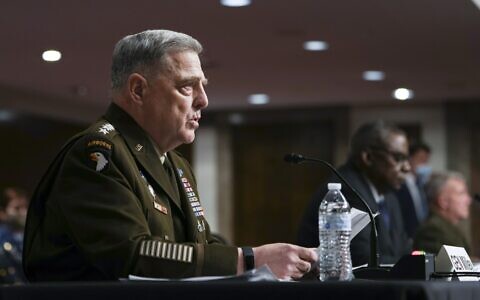 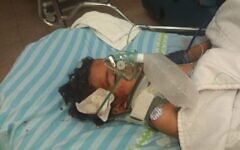 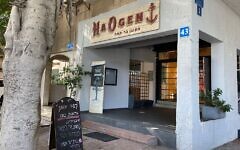