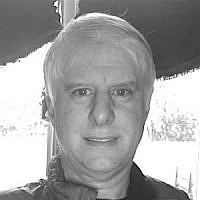 Unfortunately it happens everyday!
On Facebook ,in synagogues, in newspapers ,on posters ,the phrase “Baruch Dayan Emet”, Blessed the True Judge!

Alternatively one might see the letters “BDE”, but the message is the same.

Death, and tragedy occurs and we are making a blessing. We confirm our belief in the face of sorrow. We are sending a religious message to the mourners and reaffirming our belief.

Those 3 letters on a Facebook post let the mourners know you care, but it also sends a religious message.

We are telling the mourners and ourselves that G-D has His hidden and secret ways and as the true and all knowing G-D ,He has judged every situation and it is His decree.

Is that really the message we should be giving ?Could that phrase be perceived as a bit insensitive to some ? These are difficult questions and really go to the core of belief.

These 3 letters might confuse a mourner who deep inside his or her soul might have real unanswered questions about the true meaning of life and certain!ly questions about why they were affected by their own tragedy. On the other hand , the phrase might give others strength and understanding.

When a child has a terminal illness , or a bomb goes off in a restaurant are we to believe that G-D ,”handpicked ” the people who will live and the ones that will die?

I suspect many will say .. absolutely!

During tragic times it is sometimes difficult to reconcile,the compassionate,forgiving ,and sympathetic Creator with the evil and sorrow that we see going on all over the world .Especially in our generation with technology that gives us instantaneous news from around the world. These three letters to a certain extent make the whole process very simplistic.

On the other hand, perhaps “hester panim”,the theory that He hides His “face”, and does not intervene might be more realistic to some.We have “free will” , and G-D created nature and mankind, and for the most  part, perhaps He allows natural events to take place.

But who am I to know? And yet, I finally realize that my belief is just as good as anyone’s else’s because nobody knows for sure , and really it is a belief.

Some may say that people like me are not that knowledgeable,and do not see the whole picture .That may be true. However, regardless of the extent of a persons learning,the issues surrounding life and death, disease and famine ,tragedy and suffering in this world and the world to come , boils down to belief and not facts that can be scientifically proven.

So to say or write “BDE”, can not only be insensitive, but it can be hurtful if the mourners have a different belief, because nobody knows for sure !

Would it not be more appropriate to take an extra 15 seconds and write a personal note that you are thinking of the family and that you remember the person who is lost?

I don’t have any answers, but I know that nobody else does either and it all comes down to a belief and how that belief is individualized.

So next time we say BDE , perhaps pause,and if we still want to send that message maybe add a more personal message as well.

About the Author
Barry Zisholtz grew up in Cedarhurst New York and attended Jewish Day School through High School. He then went to college at the University of Michigan and majored in Zoology and Hebrew literature. He then attended medical school at New York Medical College and did his residency in urology at Beth Israel Medical Center in New York. Barry is married with four children and after his residency they moved to Atlanta Georgia where they have been for the last 29 years. He has been very active over the years and in the community both in the synagogue in the day schools and in the high school.
Related Topics
Related Posts
Comments