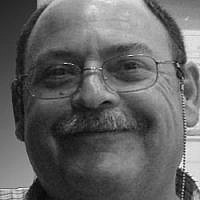 The Blogs
Yakov Marks
Apply for a Blog
Please note that the posts on The Blogs are contributed by third parties. The opinions, facts and any media content in them are presented solely by the authors, and neither The Times of Israel nor its partners assume any responsibility for them. Please contact us in case of abuse. In case of abuse,
Report this post.

A twist to an old story…..but it is a better way of explaining the BDS Israel/Palestinian situation: Taken from WHEN A FLY FALLS INTO A CUP OF COFFEE

At the local coffee shop…..a fly falls into the coffee cup:

As to the cup of coffee of the unemployed Palestinian illegal immigrant living on welfare by the name of Ramzi, He slips out a container of young maggots and flies and spreads them on the table near the cup and blames the Israeli for murdering young flies!!

Though needless to say that it is strange that out of all the coffee cups in the coffee house they fell into and around HIS coffee cup is NEVER questioned!

He then takes his Orange cellphone -now thanks to Left wing BDS’ers is Inshallah Jew free! Places a call to his local Palestinian Paliwood video crew film to come and film the entire gruesome scene so they can sell the film footage to all the major news channels.

The major TV News Channels immediately broadcast the “unedited footage” without question! The Guardian, Haaertz and the New York Times spread the “gruesome” photos and story on page one!

Hana Ashrawi and Omar Barguoti are called to appear on all major news networks to condemn the Israeli act of “Occupation and Genocide”.

President Obama calls a press conference on the back nine makes lame statements and sends Secretary of State John Kerry to investigate.

The Falestinian than puts on a Khaffieyah and face mask goes to protest the “act of aggression” to the UN, the UN passes a vote condemning Israel for the act 171 to 2 of genocide and occupation of Palestinian coffee cups.

The Falestinian quickly sends his sister Fatima to feign starvation -since her coffee cup is “Occupied” the European Union throws millions of EU tax funds to buy a new cup of coffee. Ramzi pockets his share of the EU money and then uses the money to purchase explosives from Iran. Fatima then takes her 13 year old daughter Jihada and straps on a suicide bomber vest who runs into the coffee house where the Italian, the Frenchman, the Chinese, the German and the Russian are all trying to explain to the Israeli that he should give away his cup of coffee to the Palestinian so there will be peace and blows herself up.

Roger Waters throws a benefit concert to raise money for a University in her name in Gaza.

Obama invites Fatima and Ramzi to the White House.

In the aftermath in front of thousands and the world news channels Palestinian President Mahmoud Abbas gives Fatima the $25,000 reward taken from the millions given in EU and US tax dollars for her daughters “Martydom.”

Meanwhile the fly awaits his next victim.

About the Author
Yakov Marks arrived in Israel in 1974 from B'ham Al. USA as a volunteer on Kibbutz Ashdot Yakov. Yakov was a member of a Garin for Kibbutz Ketura in 1975 but moved to be a single soldier in Ma'alot in 1976, where he resides until today. He served in the IDF as a combat medic in regular service and as a reservist from 1976 through 2000. Yakov is married to Rena B. (formerly of Far Rockaway NY) and he is the father of six children and he is the proud grandfather of Ori Meir and Tehilah. Yakov was a teacher of English and History in local High Schools for many years. He has been active in Israeli politics as a member of the Labor Party since 1975 and is a member of Yitzhak Rabin's z"l forum in the party.
Comments