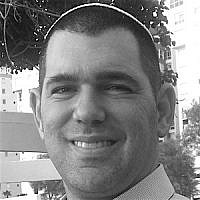 About 2 years ago, one of my friends on Facebook recommended to me a television show that really nailed it. It describes our slice of the Middle East perfectly, and as a relative newcomer to Israel, I just had to see it if I wanted to understand the world around me.

The show was Fauda, and the man who recommended it to me was a Palestinian from Bethlehem.

It was at a time when my wife and I started seeing Israeli television to improve our Hebrew. What we saw opened up our eyes to an entire world we were already living in.

Now the BDS wants to boycott it. I think BDS really means Base, Dumb, and Stupid.

There is no show that is less racist and prohibiting than this Middle East Masterpiece.

Their pathetic attempt at suing Netflix to try to remove it is another clear example that these humanitarians have no hunger for justice, just a thirst for Jewish Blood.

Aren’t we the ones supposed to be drinking other people’s blood? They’ll get to that one day I’m sure.

Here is why anyone remotely interested in learning about the Israeli-Arab dynamic needs to see this show:

1. You learn how this is less of a conflict and more of a dynamic. On the other side of a computer screen, and 6,000 miles away, there are supposed to be good guys and bad guys. Some say it’s us who are the good guys, others say it’s them.

The truth is that there are a lot of good Arabs whose top priority is to live, and not to die. To co-exist, and not to conquer. There were at least three major Arab characters who cursed terrorists. One even openly spoke about the good times when she had Israeli friends over for dinner.

Yes, the show has its cabal of monsters who worship death. But it also demonstrates that there are plenty of good people who cherish life. No other western show candidly shows both sides of the Arab face. In seeing the mixture within Palestinian society, you begin to understand that this is not so simple as Batman vs the Joker.

2. You can learn a little Arabic. How can you boycott a show for being racist against Arabs when the name itself, Fauda, is an Arabic word? Half of the dialogue in the show is in Arabic, spoken by half the cast – which are Arabs. My wife and I learned a lot about our cousins. She now calls me “Abu Ari.” When my boss, who served in East Israel (what the weak-minded call the west bank) gave me a gift card for Passover, I smiled and thanked him in the four languages of Northern Israel (where we work). I said, “Spacebia, Toda, Thank you, and shukran.” It was at sukran, Arabic for thank you, that he started laughing.

Is there any other show out there on Netflix that teaches you so much about Arabs?

3. You can learn lots of Hebrew. We are beginning to keep up with the Hebrew dialogue. As a result, we are beginning to digest the language of the street as well as what we learn in the books. When something is interesting, gone are the days of simply saying “Tov” or “Yaffe,” now it’s “Walla.”

What we really enjoyed was the dialogue in Arabic. We had to pause the show every 2 seconds to read the Hebrew subtitles. We learned even more having to go over it bit by bit. Who knew that homework could be so much fun!

4. Your mind can breathe. Everything is honest. Nobody holds back. When the veil is taken off, it’s amazing how much we Jews and Arabs have in common. It’s so refreshing to see people expressing themselves without any fear of the Hollywood censor. This is creativity and imagination at it’s finest.

5. The Base, Dumb, and Stupid are screwing over the very people they claim they are trying to help.


Sodastream, which operated in East Israel for years, was bullied into moving to the Negev Desert. A big victory for Palestinian rights, eh?

What really happened was that hundreds of Palestinians who enjoyed 5 times the average salary Palestinians made, steady work, and a great experience co-existing side by side with Israelis in sharing a common goal of feeding their families, lost their livelihood. The Israelis moved on to find new jobs in Israel, offering similar benefits. The Palestinians had to look for work in the Palestinian Authority, which pays a fraction in wages, and most often doesn’t offer any benefits to their workers.

Same with Fauda. The BDS is denying some very good Arabs a once in a lifetime opportunity.

You might think that in the show, Nidal really is part of ISIS. Walid is a commander in Hamas, and those two guys who like Thai food in Tel Aviv are really terrorists who dress up like they are moving to San Francisco.

Newsflash: They are actors.

Breaking NewsFlash: They are Arab actors. From Haifa. From Jerusalem.

They did an amazing job playing terrorists. How many Israeli TV shows have already been picked up by Hollywood? Who says that Gal Gadot and Bar Rafaeli have to be the only Israelis who become international superstars?

Fauda, like many Israeli shows, give aspiring Arab actors the opportunity to ply their trade and make it big. Does the Being Dimwitted and Simpleminded clan have the right to deny these hard workers their 15 minutes?

Whatever they criticize is an Israeli concoction you just have to experience.

Every week you can expect me, David Ben Horin, to be writing this column, Thank God for Israel. Writing and fighting to give my every morsel of wisdom to the good people who love my beloved country. Even to the not so good people who should love my country, it’s never too late to see the light. I don’t get paid for this, so do me a favor and check out http://www.abetterlifeinisrael.com. Only buy something if you like it but be sure to get the CVV right.