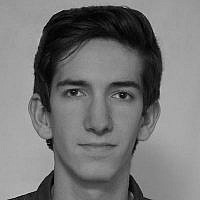 The Blogs
Avi Zatz
Apply for a Blog
Advertisement
Please note that the posts on The Blogs are contributed by third parties. The opinions, facts and any media content in them are presented solely by the authors, and neither The Times of Israel nor its partners assume any responsibility for them. Please contact us in case of abuse. In case of abuse,
Report this post.

During the Jewish High Holidays in September, Burlington, a small and isolated city in Vermont, almost became the first municipality in the United States to endorse the BDS (Boycott, Divestment and Sanctions) campaign, and its call for an economic, cultural, and academic boycott of Israel.

Approximately one hundred people attended the Burlington City Council meeting on September 13, and 2,000 people emailed the Council, most in opposition to it. In the end, Ali Dieng, the councilmember who proposed the resolution, withdrew it. However, he announced his intention to make it a standing item for the Racial Equity Committee and to reintroduce it later, despite sharing with Jewish Telegraphic Agency that he believes BDS  contributes to antisemitism and is one-sided. The vote to withdraw was 6-5, with the councilmembers who voted in favor of withdrawal stating their desire to bring the legislation back.

Dieng’s words were affirmed when Jews faced harassment from supporters of the resolution. Various chants invoked antisemitic tropes including, “Not another nickel! Not another dime! No more money for Israeli crimes!” were shouted, despite the council having virtually no impact on funding towards the Jewish state. During the Public Comment period, a resident expressed his concerns about the antisemitic nature of the meeting. He shared that he was called “ugly” and told to leave by BDS supporters, prompting members of the crowd to shout back “You are ugly!” The environment was so hostile that members of the council were not alone in expressing fear for the physical safety of Jews in attendance.

Leading up to the vote, Jewish on Campus recorded 13 antisemitic incidents at the University of Vermont in Burlington. Many of these were connected to the resolution. In May, multiple student groups decided to exclude Jews because of their “Zionism” and one later added it to their constitution. On September 9, that group invoked the BDS resolution to reaffirm this exclusionary policy.

Eight more incidents were reported to Jewish on Campus in the week following the resolution’s withdrawal. For example, memes appeared about Jewish students at UVM calling them “whiny little Jews.” The negative experiences of Jewish students at UVM are ongoing. During the last week of September, the university took four days to remove basketball-size mushrooms thrown at the door of the Hillel building, causing multiple Jewish students to say they felt “uncomfortable” in the space meant for Jewish students. In meetings with Jewish students, the UVM administration expressed an unwillingness to condemn antisemitism, despite multiple requests.

Something has to change. It must start with acknowledgment from our neighbors and institutions that antisemitism indeed exists, that it’s here in our communities, and that it’s an issue.

Importantly, the Burlington city council and officials should concentrate on issues that directly impact residents. Our city government could be working on alleviating some of our major issues like homelessness, rather than drafting one-sided resolutions on foreign conflicts they are unfamiliar with and have minimal impact on.

I had the honor of meeting a Holocaust survivor who thanked my friends and me for attending the council meeting. He was heartened by the presence of people, especially young ones, who opposed the resolution. But, as the antisemitic slurs were hurled, he began to tremble. “I’ve seen this before,” he told us. He left early.

Local organizations including Jewish Communities of Vermont, Chabad of Burlington, and UVM Hillel do what they can to educate about Judaism and the terrible consequences of discrimination, but antisemitism will continue growing unless others act.

About the Author
Avi Zatz is a sophomore majoring in agroecology at the University of Vermont.
Related Topics
Related Posts
Comments