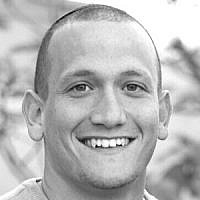 The Blogs
Jacob Miller
Apply for a Blog
Please note that the posts on The Blogs are contributed by third parties. The opinions, facts and any media content in them are presented solely by the authors, and neither The Times of Israel nor its partners assume any responsibility for them. Please contact us in case of abuse. In case of abuse,
Report this post.

In Trump’s first speech abroad, a pivotal address to the Saudi Monarchy, he laid out his principles for American foreign policy: security for American citizens, and eliminating terrorism. He dubbed this approach “principled realism.” This nascent “Trump Doctrine” is hardly new, and is strategy that simply stresses enhancing American security partnerships for counterterrorism purposes at the expense of human rights concerns. This is similar to the policies of George W. Bush, without the neoconservative emphasis on replacing despots with democracy. Front and center in Trump’s foreign policy portfolio is eliminating Islamic terrorism and ISIS, while rolling back Iranian influence in the region. Additionally, Trump has renewed the American role in Afghanistan even after 15 years, allowing generals to conduct more strikes in the country that ever before.

It should be clear, given these pursuits, that President Trump does not have a nuanced worldview or concern for long-term strategic trends, similar to Bush and unlike Obama. Trump appears interested in the here and now threats like CT, the war in Afghanistan, and the forever imminent Iranian nuclear threat. Yet regarding more pertinent and nuanced challenges to the American world order in the former of Russia in Europe and China in the Far East, Trump seems more than willing to cede these arenas to respective aspiring powers in favor of instant gratification from Middle Eastern Despots. He has ceded the climate issue and the future of NATO to the Russians, and the North Korean issue to the Chinese. Trump seems eager to return America’s center for gravity to the Middle East, in dealing with Iran, the Gulf States, and the Israel-Palestinian conflict. This runs counter to Obama’s pivoting towards Asia and then towards Europe, given America’s greatest strategic threats. Trump’s strategic short-sightedness will only cost the U.S. in years relative to China and Russia in allowing them to achieve parity with American power.

Proof of Trump’s strategy short-sightedness is in the response of America allies, especially those confronted with emerging strategic threats. From Europe to Asia, American allies are understanding the need to develop strategic self-sufficiency to meet threats on their horizons. From Germany and NATO in Europe, to South Korea and Japan, traditional American allies have turned away from American efforts in favor of their own problem-solving. Trumps antagonistic rhetoric may cause these nations to pursue self-sufficiency in security issues, or at least distance themselves from the U.S. due to slights from Trump. The result is that on the international scene, at forums like the UN, nations will stand firm against the U.S., as is currently happening in response to Trump’s withdrawal from the accords. His posturing has and will continue to hurt American efforts abroad. This has tremendous implications for Israel, who relies most critically on stern American backing in fights for her legitimacy at the human rights council and Security Council.

The only nations who appear to be clamoring for American involvement are the Gulf States and Israel. For the purposes of strategic balancing, these states appear eager to sacrifice long-term strategic planning for the immediate payoff of a stronger alliance with the Trump Administration. Yet, while Saudi Arabia and other Arab nations are relatively immune for international criticism, Israel is and remains a center for international attention due to the Palestinian issue. A closer association with Trump could very well prove toxic for Israel with regards to other international actors.

Israel has for years made a concerted effort to cultivate bilateral ties with powers around the globe in order to diversify its international base of support other than the United States. Trump, with his divisive policies and attitude, has irritated allies like Germany, France, Britain, and others. The result is that Israel will be left to choose between doubling down on Trump support, and pursuing its relationships with other states who hold sway in the international community. For example, imagine a new round of fighting breaks out in Gaza in the next year or two. In such scenarios, Israel relies heavily on international support for claims of legitimacy in fighting an enemy that achieves victory by damaging Israel’s international standing. In such a case, especially regarding the UNSC, German, French, and British votes are tremendously important. Israel risks alienating those votes by cultivating a relationship with Trump and his abrasive attitude. In the liberal international order where Israel resides, and other Middle Eastern nations do not, close association with Trump may prove increasingly dangerous for legitimacy in the long run. Because Trump is president and willing to back Israel does not mean Israel should ignore the concerns of other nations, because their collective opinion may be worth more than the support of the Trump administration; if he is not taken serious as an international leader, then American support will not hold significant weight in international bodies.

Conversely, Israeli policy-makers were likely hopeful that Trump could help bridge the gap in Israeli-Russian relations, first in Syria, then regarding Iranian influence in the region, and finally towards support in international bodies. These hopes have not materialized, as U.S. and Russian Middle Eastern relations remain mired in proxy fighting in Syria. It is highly unlikely that Trump will deliver any hopes on bringing Russia more in-line with Israel concerns and interests.

Lastly, it is important to envision the American role in the global order post-Trump. Each successive presidential administration forms his policy partly in response to previous administration policies. Bush’s foreign policy was a rebuke of Clinton, whose policies were subsequently replaced by Obama. Trump has embraced Israel in a way Obama never did. But it remains to be seen if this embrace will be continued by the next administration, after Trumps policies do or don’t play out. Vital to the direction the next administration pursues with regard to Israel and the Middle East is the legacy of Trump policies. For example, Bush’s singular pursuit of CT efforts and support of Israel led Obama to move towards the left with regard to Israel. Trump has pushed back towards the right again. It is likely that the pendulum will swing back in the other direction with the next president, if Israel proves itself to be a one-dimensional patron of Trump.

About the Author
Jacob Miller is an American immigrant, and has worked in the American defense and academic community. He served in the Strategic Affairs Branch of the IDF, and holds an MA from Tel Aviv University in security and diplomacy.
Comments