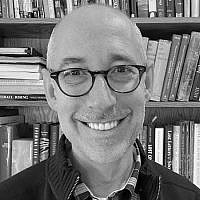 The Blogs
Mark Cohn
Apply for a Blog
Please note that the posts on The Blogs are contributed by third parties. The opinions, facts and any media content in them are presented solely by the authors, and neither The Times of Israel nor its partners assume any responsibility for them. Please contact us in case of abuse. In case of abuse,
Report this post. 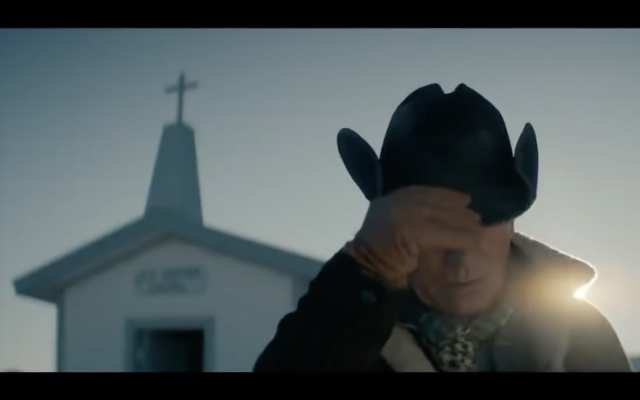 Bruce Springsteen and the chapel in the middle, from the Springsteen/Jeep Super Bowl LV ad, Feb. 7, 2021. (YouTube screenshot)

During the recent Super Bowl, the beloved rockstar Bruce Springsteen appeared in an ad and delivered a sermon to America about the need to find a middle ground upon which our nation needs to stand.

I was captivated by the message, and especially by the medium: rather than one more ad about soft drinks, we were hearing a moving appeal about healing America. No less moving was the venue: Springsteen was speaking to us from a little chapel on the prairie.

That chapel stands in the geographical and symbolic middle of America, in the heart of Kansas. And Springsteen spoke to us with a cross behind him.

To some Jews, the cross was upsetting – an incongruous intrusion into a message intended to bring us all together as Americans.

True, a cross can be a pretext for excluding me as a Jew from the conversation. And yet context is everything. Certainly, Springsteen didn’t intend to exclude Jews or any other non-Christians from a sermon that was meant, after all, to bring us together.

Still, the cross behind Springsteen is a reminder that we American Jews are a minority. That does not mean that we, along with our other fellow non-Christian Americans, are any less a part of this society than our Christian neighbors. Being a minority in America doesn’t preclude being part of the majority.

Navigating the place of Jews in a Christian conversation requires a combination of sensitivity to the religious needs of others and an insistence on our own Jewish integrity. Last summer, I participated in an interfaith service with several clergy members in my city, offering prayers for those who were sick and dying from the Coronavirus. The name of Jesus was invoked by my Christian colleagues more often than the name of God.

Afterward, some of my Protestant colleagues apologized to me and to my Muslim colleague, the other non-Christian present. We are both used to such prayer language and didn’t feel intentionally excluded. Our presence there, we both felt, was a reminder that we are all part of an inclusive American space. Finding a middle ground inherently means giving up some measure of comfort. In the South, it can mean being included but being uncomfortable. It means disagreeing with dignity and honoring with humility.

In truth, I would have preferred if Springsteen had chosen to speak to America from a religiously neutral or more inclusive environment. Yet Springsteen did refer to the Kansas church as a space “where all are more than welcome,” echoing the prophet Isaiah who spoke of our Holy Temple: “My house shall be a house of prayer for all peoples.” (Isaiah 56:7) That quote is on the façade of our synagogue building in North Carolina and is sung at the beginning of our Shabbat service – a custom I learned from a synagogue in Tel Aviv.

There in Israel, where we are the majority, the prophetic ideal was born, allowing us to hold our truths while welcoming others. This is our task in America today: to hold together the cross, star, and crescent – along with the red and the blue.

About the Author
Rabbi Mark Cohn serves as the rabbi of Temple Emanuel in Winston-Salem, NC, where he focuses on meaningful and engaged Jewish living, a deep love of Israel, and environmental sensitivity. He is a dedicated communal and interfaith leader who works intentionally on social justice matters.
Related Topics
Related Posts
Comments