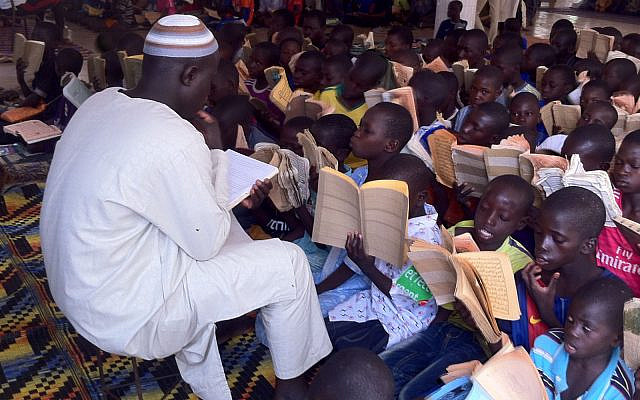 Since arriving in Dakar several months ago I have been thinking about the million dollar question facing world Jewry: How do we, as Jews, transmit our traditions and our identity to our children and how do we maintain a strong sense of Jewish identity as we become increasingly global?

This has become a particularly significant question for our family in Senegal because here we are solely responsible for teaching our children about Judaism. We are here without any extended family and there is no Jewish community at all in Senegal- not even a Chabad house. This means that if we don’t do it, nobody will.

As I think about how best to instill a love of Judaism and Jewish history in my children, I look around and am amazed by the ways culture, history and tradition are transmitted here in Senegal.

I have learned that in Senegal cultural traditions and religion are passed along primarily through the family. There is a very strong sense of community surrounding families. Grandparents, aunts, and uncles and parents live in close proximity to one another and they are all actively involved in helping to educate the younger generation. This means that tradition and history are passed down experientially and seamlessly within the family. People don’t necessarily consult books to learn about their traditions. Rather, by learning from their elders, they live their traditions fully and joyfully. 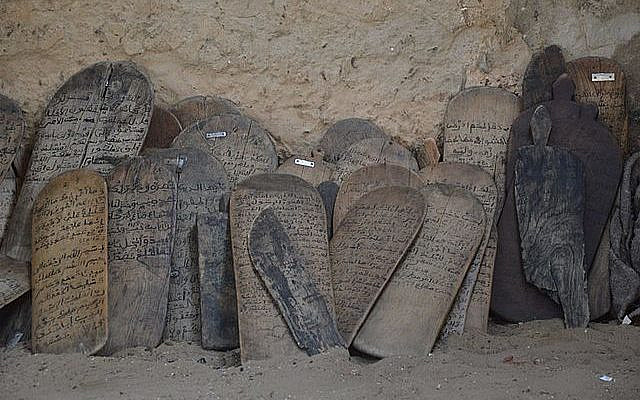 Wooden boards that children use to learn how to write in Arabic in Senegal. Children can be found practicing their Arabic at home, in religious supplementary school, or in some cases in full time religious schools. (Picture from Wikipedia)

I recently had an interesting conversation with an Anthropology Professor at the main university in Dakar who is an expert in Senegalese culture and traditions. I asked him why there are so few museums of Senegalese cultural history. I mentioned that I thought that such museums could help Senegalese people connect even more strongly with their history and traditions. He told me that museums simply do not speak to the Senegalese conception of history. People here, he claimed, are unlikely to connect with a historical artifact exhibited under glass. He said that what makes him feel connected to his history and to the generations before him is participating in the local traditions and rituals that have existed   for hundreds of years. He maintains that by using the historical artifacts in their daily lives, people add meaning and connection to their history but regarding these artifacts in a museum, would actually serve to distance the Senegalese people from their history.

At first I found this concept somewhat depressing. I have been deeply inspired by my visits to the Louvre, to the Metropolitan Museum and Art, and to the Israel Museum. Being in close proximity to Jewish historical artifacts makes me feel connected me to my ancestors. However, upon reflection, I realized that there is a deep beauty in what he is saying.  I realize that I feel more connected to my history and my ancestors when I put on tefilin every morning, than when I examine an ancient tablet in a museum. My lived and embodied Jewish experience is what connects me to the hundreds of generations that came before me. A metal coin from two thousand years ago, while amazing, is not actually who I am. In fact, I feel much more connected to the coins and notes from Israel, many of which are covered in fascinating quotes from great Jewish thinkers.

Perhaps this is the secret of Senegalese religious and cultural continuity. Like America, Senegal is a secular democracy. Constitutionally, there is a clear separation between religion and state. However,  having a majority culture that is Muslim, combined with the beautiful transmission of customs and traditions through the family helps imbue the Senegalese people with a deep love and appreciation of their culture, history, and traditions.

I am unsure whether this can be replicated in America or in Israel. In both countries, the family unit and the intergenerational connections are not as strong as they are in Senegal. I do think however, that the Torah had in mind a more ‘Senegalese’ version of how to transmit tradition and culture than our Western model.

This week’s Torah portion begins with a particularly strange statement. God instructs Moses to return to Pharaoh and to warn him about another plague. However, this time God provides a reason for all of the plagues and for the exodus from Egypt. The Torah tells us, “And the LORD said to Moses, “Go to Pharaoh because I have hardened his heart and the hearts of his servants, in order that I may display my signs among them, and in order for you to tell your children and your children’s children how I have made a mockery of the Egyptians.” (Exodus 10: 1-2). The verse gives two reasons why God is taking the Israelites out of Egypt, first, so that God can display His signs among the Egyptians, and second, so that you can tell your children and your grandchildren about the exodus. What does that mean?

The first reason seems to make a lot of sense. God is trying to instill the knowledge and fear of God in the Egyptians who have for generations abused the Israelite slaves and refused to let them free. However, the second reason is quite strange and fascinating. It seems like the reason for the exodus from Egypt is not exactly to free to Israelites from slavery. Rather, God is freeing the Israelites so that in the future they can tell their children and grandchildren the story of how they were freed.

This telling and re-telling is most often practiced today during the Passover Seder, when generations of Jews come together to recount the story of the exodus. The Seder has also become an opportunity for people to recount their own stories of salvation. Every year my grandfather made a point of telling everyone attending the Seder how he was saved from the horrors of the Nazi Holocaust. Hearing his story at my family’s  Seders were among the most significant moments of my Jewish education as a young child, far surpassing the years of Jewish day school education and summer camps that I attended – though of course, those experiences  were also extremely important to me. Experiencing this living tradition and seeing how that tradition meant so much to my parents, grandparents, and to their communities is what ultimately inspired me to become a Jewish educator and a rabbi. I think that this was also the purpose of our exodus from Egypt, so that we can become a people who inspire others by telling the stories of who we are, where we come from, and where we hope to be in the future.

So what is the answer to the million dollar question regarding the transmission of Jewish identity and tradition?? I think it is to learn from God’s command to the Jewish people to become a nation of intergenerational story tellers – a people who are constantly recounting and teaching our history. And maybe we can learn how to do this better from the people here in Senegal.