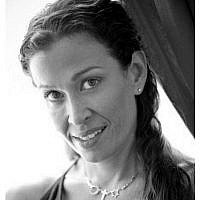 The Blogs
Gal Lousky
Apply for a Blog
Please note that the posts on The Blogs are contributed by third parties. The opinions, facts and any media content in them are presented solely by the authors, and neither The Times of Israel nor its partners assume any responsibility for them. Please contact us in case of abuse. In case of abuse,
Report this post. 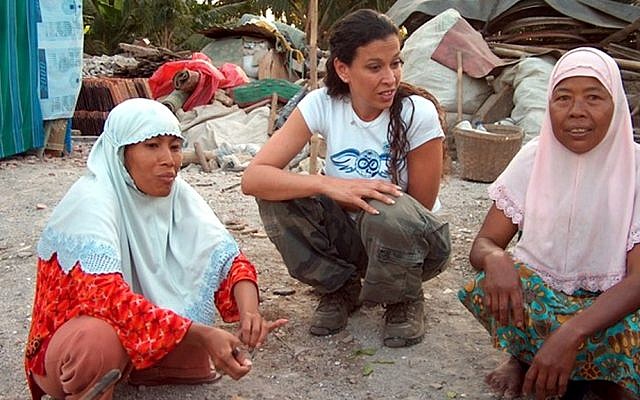 When I leave my son to fly off to a new dangerous destination, I don’t think of it as a choice. When I hug him goodbye, I know that I am fulfilling a responsibility that I did not choose. Rather, it chose me.

As a woman who loves her country, a Jew who knows about the tragedies of the Holocaust, and a sister with a brother wounded in war, I see my team’s mission to bring aid wherever it may be needed as doing our small part to bring about Tikkun Olam, the Jewish ideal of fixing (or, in this case, healing) the world. Though the mission seems too great for me at times, as a mother, I feel it is my responsibility to leave the world a more tolerant place than when I found it.

Our organization, Israeli Flying Aid, goes where tragedy strikes, regardless of that region’s political orientation or relationship to Israel. We go where no one else will go because of politics, danger, or governmental blocks. We have flown to Indonesia, the country with the largest number of Muslims in the world, provided aid behind the lines of governmental blockades in Myanmar after a cyclone, and fed Georgians during Russia’s occupation. We fly around the world with the Star of David on our chests (when it is at all possible) seeking to help wherever we can.

I lead a team of over 200 volunteer Israelis who leave their families and careers at the drop of a hat to venture off to the most remote corners of the earth, putting their lives at risk to assist absolute strangers, some of whom might even consider themselves our enemies.

Yet, for Israelis, this comes naturally.

The twists and turns of Jewish history and the struggle of the Zionist rebirth have instilled something special within us – a strong ethic for helping “the other.” The Jewish people have seen more tragedy than almost any other nation in history. We are the survivors of unfathomable hatred, of the Holocaust, of numerous episodes in human history when xenophobia allowed the world to wash their hands of us.

Building the State of Israel was a gamble taken by the Jewish people to change the course of their own history. And it worked.

We, therefore, feel a responsibility to provide aid to others in similar situations, facing tragedy and abandonment by the world, and to do everything in our power to help them rebuild their lives.

As a nation, we have stood both at the height of leadership and at the bottom rungs of the societal ladder. The role we can take globally is one of teaching, showing the world that compassion is key. Because, ultimately, the distance between the highest and the lowest points on the societal ladder is as small as a single natural or man-made disaster.

From my experience, aid often comes with an agenda, and politics are usually a major factor. For example, the U.N. cannot enter a disaster area to provide aid without formally being invited in by the country’s government. Too often, in the Third World’s undemocratic regimes, I have seen governments deny these requests, seeing starvation and disease as convenient ways to rid themselves of their weakest sectors, effectively killing off the opposition without fear of being condemned for genocide or crimes against humanity.

In Myanmar alone, Israeli Flying Aid provided 80,000 people with food. Yet, 360,000 people died of starvation after the 2007 cyclone.
When we are asked why we help populations around the world rather than just focusing our attention on Israel, we explain that Jewish law demands respect for human life above all else. When we seek global betterment, we should pay no attention to politics. Even if someone is a Kashmiri rebel, there is no reason to allow their children to freeze to death. In Israel, we do not choose between human lives based on citizenship and allegiance. We work under the presumption that every life is worth saving. Period.

Conflict and politics simply should not come into play. After all, we are trying to fix one shared world.

In light of my experience with Israeli Flying Aid and my observations of our country’s culture of nonprofit and aid work, I believe that Israel, a hub of innovation, creativity, and constant self-recreation, should be the international “R&D center” for Tikkun Olam, and I strive to make it so.

The words have been bandied about, but we need to truly define what they mean. Rather than being known as the “Start-Up Nation,” we should endeavor to be known as the “Build-Up Nation,” a shining example of supporting others as they recover from tragedies, regardless of who “they” are.

Let us develop systems of aid and education that will benefit populations around the world. And let us continue to push the boundaries of our everyday morals, expanding them to include not just our immediate surroundings but the entirety of humanity.

As Israelis and Jews, it is our responsibility to bring about the global Tikkun Olam revolution, and it must form the centerpiece of our contribution to humankind. Because while technology can become obsolete, a culture of compassion is everlasting.

About the Author
Gal Lousky is the CEO and Founder of Israeli Flying Aid (IFA), a non-profit volunteer-based organization that delivers lifesaving aid to communities around the world affected by natural disasters and human conflict.
Comments