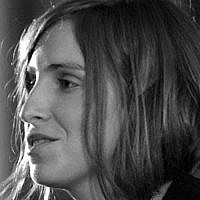 The Blogs
Breindy Klawansky
Apply for a Blog
Please note that the posts on The Blogs are contributed by third parties. The opinions, facts and any media content in them are presented solely by the authors, and neither The Times of Israel nor its partners assume any responsibility for them. Please contact us in case of abuse. In case of abuse,
Report this post. 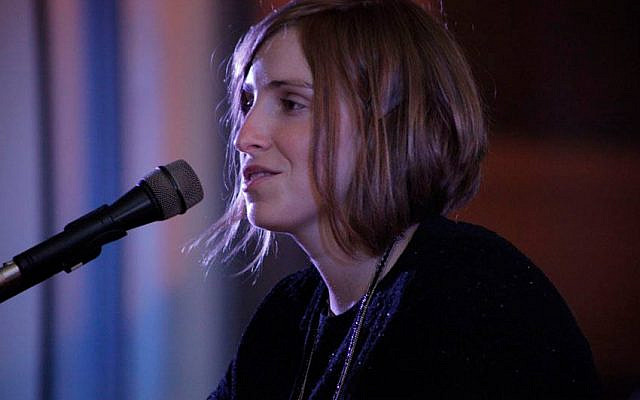 We stayed home this yom Kippur.
There was no Shofar at the end of Ne’ila.
So we pretended to blow it, created the sounds with our mouths and hands.
And then after, we danced.
Me and my three children.
My boy and girl and baby in the middle.
My daughter said she doesn’t actually want to move to Israel, because then we won’t be in our safe flat anymore.
I told her we’ll live in our flat – it will just be in Israel.
We danced and sang ‘Leshana Habah’, and my whole year of staying at home for every single Yontov,  became so much more clear and perfect.
No relying on my mother’s cooking and father’s davening, or even his blessing, when he blesses his children before the sun goes down on Erev Yom Kippur.

This year, everything is the same; each Yomtov is only me, Matt and my kids.
I eat the oat rolls that I made myself and ask my children what they want to daven to Hashem for. They say ‘To have a baby sister’ so I say ‘Ok, ask Him for that.’ I want them to ask Hashem for anything because I think their words are more touching and sincere than mine.
I can’t really daven properly with them climbing all over my back, but I can sing ‘Avinu Malkeinu’, and when I do, they sing with me, instead of being at my mother’s house, playing in the garden.
They sing with me, and the clearness is there, in my lounge –  even though I’m wearing slip slops and not covering my hair.
The simplicity of the moment is happening in front of my eyes.

And I danced with them and put them on my shoulders. I thought of the tears I get at the end of Ne’ila, watching the men dance in shul – the old and the young, all together. It’s already dark outside, in the spring South African, light, wet air.
But in my lounge, the immensity of the conflicting emotions overtakes all those years – with my baby in the middle of us.
Later that evening, I hear from my mom that Morrie Jacobson passed away.
It makes me truly sad, but happy that I knew him, and saw his saintliness.

I dream every night of my parents’ house – it is always part of the backdrop and not the focus of the dream. And when I awaken, I remember it’s no longer there, but a place that will move further and further away from my memory and reality.

All day, on Erev Yom Kippur, all I think about is the dining room table being set for the first meal and then, almost, as if miraculously, being cleared away and set for the next. (The meal that’s always meant to start earlier, but somehow always runs a little late). The honey is in the silver jar and the late afternoon light streams through the window, resting on the tablecloth. There are always poor people there, at that meal.
There is not much talking.
Just a quiet calmness hovering, and a feeling of real joy.
The taste of my mother’s challahs, blended in with the milky raw honey is the taste of Hachnasas Orchim, feeding the guests who need to be there as they have no other meal to go to.
As I watch them, I know deeply that surely my parent’s merits will know no bounds.
This is charity.
Watching them eat the fresh stoneground Challah – through this, they will merit.
The clarity again seeps through, and my father sits, in between answering calls.
I await my brachah with trepidation.

I missed the house so much this Erev Yom Kippur.
I missed the three guests who would sit there and I missed the calm quiet of the two meals.
Instead, again, I relied on only myself and made two simple lunches.
I shopped with my daughter and bought her treats.
I wanted her to remember the joy of Erev Yom Kippur – the idea of eating being a mitsvah, and it being a happy, almost fun and important day.
So we bought chocolates and I made brownies and I made fresh rolls with Matt.
I had the raw honey and I tried to recreate the same silence.
Hyde Park is quiet and we can see the treetops from our table, like the pine tree that used to stand by the window in the dining room at my parents.
I was hoping to go passed them and get a brachah, but of course the day is always too short and it didn’t work out.
Instead, I phoned my father for a quick and unemotional good yontov.
And instead, took the chickens that my children made and showed them how to do kaporos with me.
They said the words, while circling their chickens they made at Torah Academy, above their heads.
I circled my money and then I blessed each one.
I asked Hashem to make them happy and find their place in the world.
And I cried.
Even little Misha, my mouse, got a brachah.
And oh, how I missed my own one, but tried to transfer what I used to get, onto my children’s little heads.
I’m not sure that I can manage to invite those guests into my home, but oh, how I wish for my children to have them there, as the backdrop to every Erev Yom Kippur of their life.

About the Author
Breindy Klawansky is a musician and poet living in Hyde Park, Johannesburg. She has an honours in visual and performing arts from Wits university and her 2nd album Ruth Ave was nominated for best alternative album at the Sama's. She is married to producer, Matthew Klawansky and has three children.
Related Topics
Related Posts
Comments