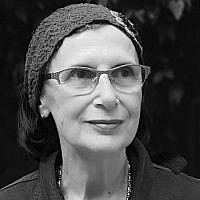 The Blogs
Pauline Schwarcz
Apply for a Blog
Please note that the posts on The Blogs are contributed by third parties. The opinions, facts and any media content in them are presented solely by the authors, and neither The Times of Israel nor its partners assume any responsibility for them. Please contact us in case of abuse. In case of abuse,
Report this post. 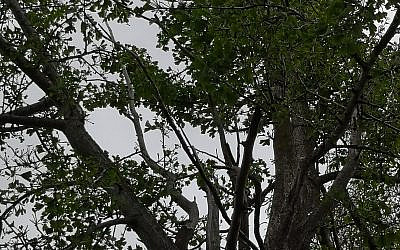 A small boy suddenly recuperates from a life-threatening illness, as his father is receiving a rebbe’s blessing for the son’s recovery. An older boy is sick with fever on erev Sukkot (eve of Tabernacles) and then feels completely better after he enters the sukkah (a hut used during Sukkot) that evening for kiddush. A middle-aged woman who has given up hope finding employment, is offered interesting work in her field. An elderly woman at death’s door surrounded by family saying their last goodbyes, makes a turn-around recovery overnight and goes on to live a few more happy years. A rural community that has endured years of drought, rejoice in their yellowing paddocks as life-giving rains descend from the heavens. Some would attribute these fateful happenings to science, medicine or sheer luck, while others, like me, acknowledge the science and medicine but see the hand of G-d in it all.

My father z”l loved to tell a story of wonder about himself as a two-year-old. It was the early 1930s in Kosice, Czechoslovakia (now Slovakia), and he was a very sick little boy. It was before antibiotics, and infants often died from untreatable infections. When the medicines of the times made no difference to his condition, his distraught parents decided to ask for a blessing from a Chassidic rebbe in their town. My grandfather z”l was an Orthodox man, not Chassidic, but nevertheless he revered the Stropkove Rebbe zt”l. When he approached the Rebbe with a kvitel (a note with a prayer requesting a blessing for health or success), the Rebbe told him to go home, and his son would recover. At that same moment, at home, the boy was given a sip of sweet Tokay wine and turned the corner to recovery. My father survived his childhood illness and, at fifteen, survived Auschwitz and a slave-labour camp. He came to Melbourne with the remainder of his family, then had a family of his own. Depleted but not defeated.

Two generations passed, from Europe to Australia. One spring my young son also came down with an infection with fever as we were putting the finishing touches on our sukkah for the first night of Sukkot. We decided that we would let him sit in the sukkah briefly for kiddush (blessing with wine before a meal) and then he would go straight back inside. But that evening when he entered the sukkah, the feverish flush on his face faded and he smiled as he started to feel better. We celebrated that first night of Sukkot with extra joy and fondly remember our Sukkot miracle.

My children used to love a special story that I told them each year called ‘The Miracle of Pesach (Passover)’. It was about a family that realised one night of that festival that they only had one piece in the last box of matzah (unleavened bread) left in the house. Next morning, they went to the pantry and discovered that the box was full of matzah again. The box was depleted each night of Pesach and each morning was miraculously refilled. My kids loved that the story echoed the miracle of Chanukah (Jewish Festival of Lights), and children love to hear about miracles whether big and historical or small and fictional; whether it changed the fate of the service in the Beit Hamikdash (Holy Temple) or provided enough matzah for a family for the eight days of the Festival of Freedom.

Away from our sukkah, next to the front door, is a glorious gingko tree. It is probably a century old, planted as one of the original specimen trees in the garden.  You can’t always tell the season in Melbourne by its unseasonal weather, but the gingko has a consistent calendar of regrowth and deciduousness. Around Sukkot the new ruffle-shaped leaves emerge, and at Pesach time the leaves turn yellow and begin to fall. Our front courtyard is covered by a natural yellow carpet, swept up and reformed, for several weeks. By the Queen’s Birthday weekend in June, the tree’s branches, bare and proud, reach up to the sky like the fingers of a beckoning hand. All this happened year after year … until last summer. A few of our neighbourhood possums decided that they liked the taste of our gingko leaves, and night after night they jumped onto the branches and munched away until only a few hard-to-reach leaves remained. Instead of our autumnal yellow carpet, a scattering of dried stems. As soon as the new spring leaves emerged, the posse of possums was at the ready, and they went on their nightly rampages of gorging again. Surely, I thought, this ageing and ancient tree would wither and die. But one morning as I stepped outside, I noticed new leaves had appeared. Then the whole tree was covered with marvellous new growth. Botanists would have a rational explanation for this phenomenon, but I like to think of it as the minor miracle of our garden.

It is Chanukah, and as I watch the candle flames reflecting in the window darkened by the night sky, I reflect on the special miracle of the festival and all the wonders and miracles that have happened, and continue to happen, to one and to all.

About the Author
Pauline Schwarcz is a freelance writer with a background in genealogy. Formerly a health professional, she enjoys writing about family history and her reflections on life. Pauline was born and lives in Melbourne and is the daughter of a Holocaust survivor.
Comments 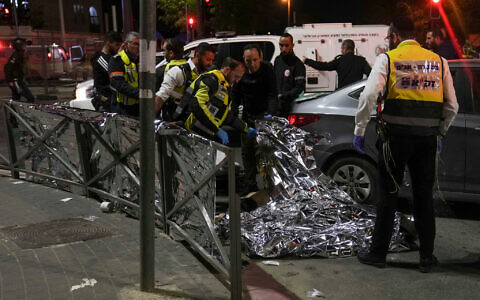 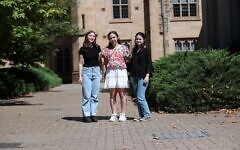 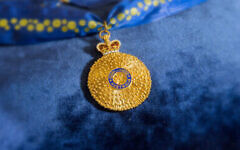 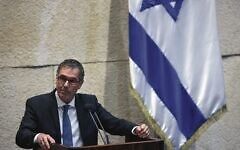 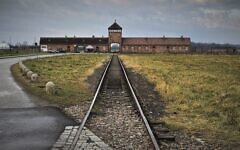 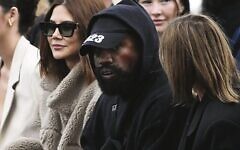