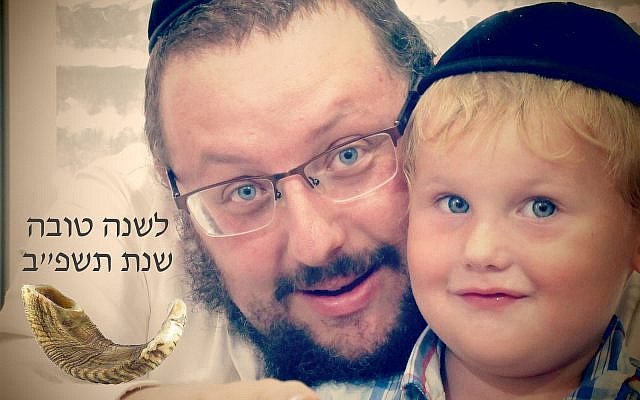 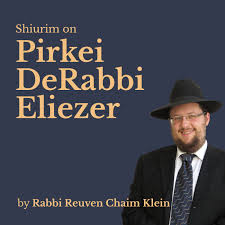 As is well known, the Jewish calendar is neither solar nor lunar, but is a synthesis of both forms of keeping time. The months of the Jewish calendar are lunar-based because they are tied to the appearance of the New Moon, and the years of the Jewish calendar are comprised of twelve or thirteen such months. The year of the Jewish calendar roughly follows a sun-based system because the movement of the sun determines whether the year will have twelve or thirteen months. The purpose of adding a thirteenth month is to synchronize the seasons of the solar year with the lunar months. This intercalated month compensates for the discrepancies between the amount of days in twelve lunar months and the amount of days in one solar year. (Nowadays, we add a thirteenth month at set intervals: In a nineteen-year cycle, years 3, 6, 8, 11, 14, 17, and 19 have thirteen months, while the rest have only twelve.)

When we talk about the sun and the moon, there is an interesting dynamic which they represent. The sun and moon represent the concepts of “he who gives” and “he who receives.” The sun represents the idea of giving, as the sun gives off light, while the moon does not radiate from its own light. The moon inherently does not illuminate anything. Rather, the light that comes from the sun reflects off the moon and bounces into our eyes. It is really sunlight which appears to be the light of the moon. So the moon is not a giver. It is a receiver.

Another difference between the sun and the moon is that the sun always appears the same — it always looks like the same circle up in the sky. This is also characteristic of the giver. The giver constantly and reliably gives; there is no fluctuation or instability. In contrast, the moon plays the role of the receiver. Depending on the time of the month, there may sometimes be more of the moon visible, and sometimes less. In the beginning of the new month the new moon is but a small, barely-discernible sliver of white, but as the month progresses the moon waxes and waxes until it reaches its apex at the fifteenth of the Jewish month. At that point, the moon is visible as a full circle. Afterwards, it wanes smaller and smaller until the end of the month when it finally disappears and restarts its cycle with the advent of the next month.

In short, there are two major differences between the sun and the moon. Firstly, while the moon’s image fluctuates throughout the month, the sun’s remains stagnant and consistent. Secondly, the moon epitomizes the concept of the receiver, while the sun represents the giver.

In an esoteric way, the relationship between the sun and the moon can be looked at as a parable for understanding two seemingly conflicting methods by which G-d interacts with the world. There are essentially two basic ways in which He manifests His presence in creation: There is din (justice or judgment) and rachamim (mercy). The Kabbalists may sometimes use other terms to express these ideas, such as duchra and nukva — male and female, respectively in Aramaic — whereby the male force personifies the giver, while the female force personifies the receiver, mashpia and mekabel (influencer and influencee). But the meaning is always the same. Yet, what are these concepts of din and rachamim that G-d uses in running the world? How does He use these two opposing methods to run the world?

We can compare this to the case of two philanthropists. Two people donate tremendous amounts of money. The first man does not care to whom he gives money. He simply gives out an indiscriminate amount of cash to all and sundry. The second philanthropist also gives money — perhaps even the same amount or more — but he requires any recipient to undergo a thorough vetting process. They must submit an application, meet with him, and explain to him their cause. Then, depending on how much he believes in their cause and what he feels is appropriate, he will give them a donation. The amount, of course, is based on what he feels the individual coming to him deserves. What is the difference between these two philanthropists?

The difference is in their focus. The first philanthropist focuses on the giver (i.e. himself), because it does not really matter to him who the receiver is and what he wants. He is simply giving away donations, whether or not the receiver deserves it. With the second philanthropist, the focus is on the receiver. Does he deserve a donation or not? Exactly how much? And so on.

With this in mind we can understand the difference between din and rachamim. Certainly, every element of Creation needs a constant flow of influence from G-d in order to continue to exist, but sometimes G-d might temporarily stop his influence or curtail it. Which way do we want G-d to act with us? Sometimes He acts with what we call rachamim, in which the focus is on the giver (i.e. Himself), and He gives an influx of His good to the world without any questions asked. But when He focuses on the receiver (i.e. us), that is called din, and under that rubric He also gives — but He also examines whether or not the receiver deserves His Divine influence, how much he deserves, when he deserves it, et cetera.

As mentioned above, the sun, as the never-changing celestial body that emanates light, represents a focus on the consistent, reliable giver. Conversely, the moon suggests a focus is on the receiver, because when the focus is on him the flow of goods can fluctuate depending on what the receiver truly deserves, just like the image of the moon fluctuates throughout the month. These two ideas of din and rachmim meet on Rosh Hashana. It is the meeting point of the solar year and the lunar month — the marriage of the sun and the moon, the rachamim and the din. It is truly the best of times and the worst of times.

In different places in the Bible we use different words to denote G-d. Sometimes He is known by His four-letter ineffable name (referred to as the Tetragrammaton) — which is often referred to as “Hashem,” which literally translates as “the Name.” And sometimes we refer to Him as simply Elokim, “G-d,” or HaElokim, “the G-d.” Tradition tells us that when encounter His four-letter name it alludes to His mode of acting through rachamim, while the word Elokim refers to G-d as the Divine Judge who metes out din. In fact, the word elohim sometimes appears in the Bible as a word that means a human judge. When we refer to Him as Elokim we mean to conjure His role as the ultimate Judge of Creation.

The contrast between these two characteristics is accentuated in Psalms 47, the chapter of Psalms that we read seven times before blowing the shofar (ram’s horn) on Rosh Hashana. That passage discusses the universal recognition of G-d’s sovereignty, and one verse reads, “Elokim ascends with the teruah, Hashem, with the voice of the shofar.”

There are two types of sounds that the shofar makes on Rosh Hashana: a tekiah is a simple straight sound, while a teruah, on the other hand, is comprised of multiple short blasts together (there is a halachic uncertainty regarding whether they are 3 longer sounds, 9 shorter sounds, or 3 longer sound followed by 9 shorter sounds). A tekiah is one straight, consistent sound, while a teruah is a composite of several broken-up, fragmented sounds. In this way the tekiah represents the concept of rachamim, because when the focus is on the giver there is a consistent stream of giving. The teruah is related to the Aramaic word rauah, which means broken (like the expression that appears in the Talmud sulam rauah, a ladder with broken rungs). It represents din because it is not a constant flow but is separated and fragmented, in a manner consistent with whether the receiver deserves to receive or not. The teruah focuses on the receiver. We especially associate Elokim with the teruah because Elokim represents the din aspect of G-d’s administration of the world, while tekiah is associated with rachamim, and so it is linked to the name Hashem.

When we blow the shofar on Rosh Hashana, every teruah sound has a tekiah sound it before and after it. The teruah is always sandwiched by a tekiah. The idea behind this: although Rosh Hashana has the properties of din and rachamim (for it begins the solar year and lunar month), we strive to “hide” the din of Rosh Hashana. We say in Psalms 81, “Blow the shofar on (the first of) the month, on the hidden part of the holiday.” This alludes to the notion that the Rosh Chodesh aspect of Rosh Hashana is hidden, because we are trying to hide the fact that there is a din on Rosh Hashana. It is the concealed facet of the holiday. The teruah, which represents din, is something that we want to suppress, and so we hide it in between two instances of rachamim — the tekiah before and after. All that is visible from the outside of the sandwich is rachamim, not din.

But how does all of this work? Can we just close our eyes to the din of Rosh Hashana and then it won’t affect us? What are we doing by hiding from the din? Whom do we think we are fooling?

The answer, of course, is that we are trying to change ourselves for the better by changing the object of focus. If there is a judgment on us, then we are the object of focus, because G-d looks at us and judges whether or not we deserve His good. We do not want to be the object in focus because then we will almost inevitably be in trouble due to our sins. To resolve this we do not talk about sins on Rosh Hashana. Instead we focus on G-d and His Kingship. Throughout the prayers of Rosh Hashana we continually speak about His greatness, His universal Kingship, and his power beyond words. In doing so, we switch the focus from being on the receiver to being on the giver, from being on ourselves to being on G-d. When the focus is on the giver, then the rachamim paradigm is in play and G-d will give even without our deserving it. In this way Rosh Hashana is essentially the day of din, but is immersed in rachmim and sweetened on the outside.