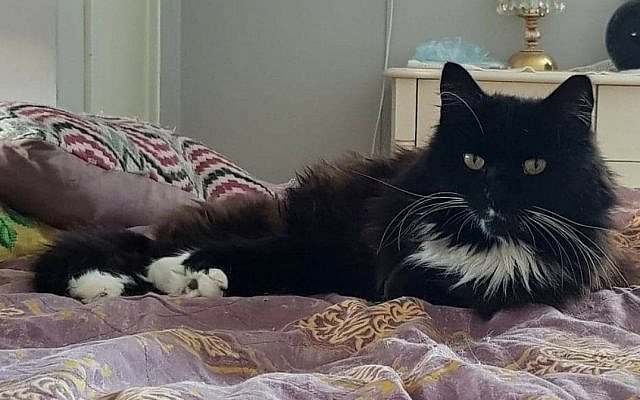 My cat giving me the stare of Jante. (Courtesy)

I’m tired to the point I could actually walk straight into the wall, breaking that wall and walk into the next wall. And I wouldn’t even care about it.

I’m going to give you a glimpse of how the Swedish law of Jante works. The very definition is that everyone should be equal, but if you stick your head out someone comes with a hammer and nails you down again.

That is, ladies, gentlemen, non-binary, transvestites, the pure essence of Sweden. If you are succesful at something – you will be hammered upon. You will be freezed out. No one will believe you. And it’s done by purpose – because people can’t rejoice over other peoples success. When I look back on my life, my larger accomplishments has been met with skepticism, questioning and talking behind my back.

I havw reached a point where I’m tired of it. I can puke on this phenomena. The phenomena of succeeding with something, but yet over and over facing even harder mental obstacles. I cannot afford to waste my life on people who sucks energy out of me.

The same goes with internet. Whatever one says – no matter how finely precised it might be, it will still be a fight where I have to bang my head against the wall until blood appears.

What really annoys me – and this is something I have to live with but kind of learn not to do, is elaborating, over-analyze something or actually dig me down in small questions – when I should see the whole picture instead.

At this kind of road-junction I met. Most the lights are turned run. And I don’t run against traffic lights. But I saw a green light and I chose that path.

By doing so, I had much to loose, perhaps more to win in the end. I sure hope so. But the thing has turned into complete in absurdum. People, friends and others across the world recognizes me, my work, my research and my way of doing things.

So what is up with Sweden? The country of innovation who ranks 2nd, falling 1 short in regards to discoveries in the Periodic table. A country with less inhabitants than New York, but with a land mass a bit larger than California.

When looking on it from a birds eye view – it’s like Sweden has always been infected with the Jante-virus which has sneaked inside their brains in order to not be happy for someone elses achievements. This Jante-virus has probably killed more people than the Corona/COVID-virus. Because Jante in the end pushes you doen the drain, each time you climb up you get kicked down again. That’s how it works.

That’s how I percieve Sweden. Being in a state of constant denial. It doesn’t matter how, if or why I want to prove something – it still just gets flushed down the drain.

Then, when I turned to Israel. They saw my work and research completely different. So do the americans and germans. Now when I have overcomed so many obstacles in my path of life, some Swede tends to invent a new obstacle. It doesn’t matter if you are studying, researching or working (in 95% at least). You shall fit into the norm, you must do as you have been told. You need to adhere to this and that regulation. I thought Sweden was an easy country in terms of studying or researching. It’s the complete damn opposite.

Instead of building bridges betwen each other, co-operate and share information – we move a step backwards every single time. Just because the rule of the law of Jante.

So then one can argue – don’t care about them or what they say, listen to yourself and so on. Indeed very sound advice. But at the same time you do get affected, hurt, feeling sad or being put in a corner in ways not explainable here.

In other civilized countries you make do with what you have and make the best of it. Just look at Israel and Corona – yes, I’m aware of tjat i have been and still are critical on how they battle this. But at least they ARE doing it.

In the same time in Sweden, bureucracy is what kills us more as a direct effect of let’s say the Corona-vorus. And if it isn’t by that – anyone will still find a way to actually try to sabotage and cririsize you and your deeds. Or success in life.

To my German friends, thanks, to my Israeli friends a BIG enormous thanks. To my Swedish few friends – thank you. To the rest of you, if I ever get Jante’d again I will come down on you and sabotage rest of your miserable lives. Because I really do not understand. Either be encouraging and supportive OR just please be quiet forever.