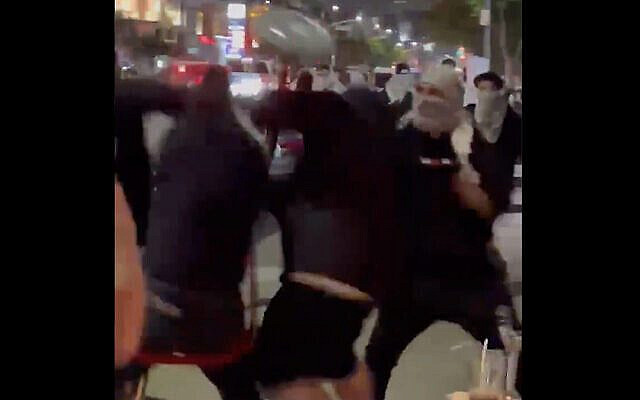 Pro-Palestinian demonstrators assault Jews at a sushi restaurant in Los Angeles on May 19, 2021. (Screen capture: Twitter)

Being Jewish is complicated. Not in terms of knowing who I am, but in terms of how we as a people are viewed as we navigate this decidedly non-Jewish world.

With roots in biblical times connecting us to a common ancestor and place, as Jewish Virtual Library points out, Jews were always “separate from the other nations.” 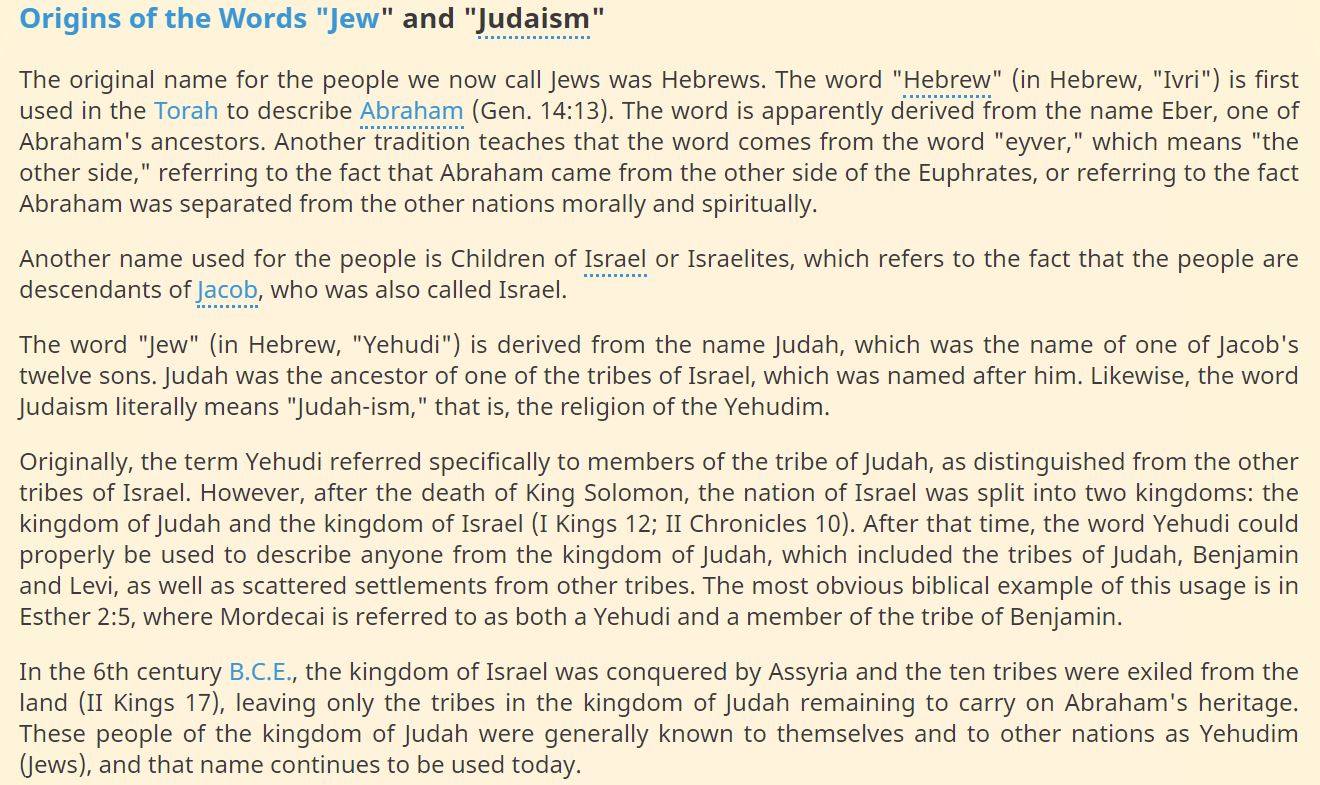 During the Babylonian exile and afterwards, religion became more intertwined with our identity as a nation, a people. While we have always maintained a presence in the land, our people have also had an unending history of persecution, expulsions and exoduses. This perpetual state of living in other people’s lands means that at some point or another, we risk being unwelcome guests. I can’t help but think of the words Jews have been reciting at Passover for well over a thousand years, Vehi Sheamda (italics added):

And it is this (the Torah) that has stood by our ancestors and for us.
For not only one (enemy) has risen up against us to destroy us,
but in every generation they rise up to destroy us.
But the Holy One, Blessed be He, delivers us from their hands

I also pair that with the plaintive cry the Jewish people added to the Haggadah in the 15th century but had accompanied us since our exile, the call to return: Next year in Jerusalem.

Being Jewish is complicated. We go through this world knowing we are always viewed as the Other, whether in Christian-dominated countries or in Muslim-dominated countries. Or anywhere else. And yet, because of these repeated expulsions and exoduses, we can be found just about everywhere. With the exception of Israel, we are always a very, very small minority. In the US today, according to the Pew Center’s latest study, Jews have grown in number and now make up 2.4% of the population. A drop in an ocean nonetheless.

Being Jewish is complicated. Not only because we spent two millennia homeless until the State of Israel was founded in 1948, but also because the intolerance directed towards us doesn’t care how much we individuals identify as a religion or a people or as supporters of Israel or not. In fact, the various flavors that antisemitism comes in is staggering. Wikipedia alone has 25 subcategories you can dive into if you want to understand better what we carry around on our collective psyche. And that list doesn’t even include anti-Zionism, which as I explained in a blog about Linda Sarsour some time ago, is inherently antisemitic (please do read).

The latest flurry of antisemitic acts we are seeing in the US and globally is mostly being perpetrated by those who conflate pro-Palestinian support with anti-Israel demonization and then use people who are visibly Jewish as their targets. What bothers me more is the absence of unequivocal condemnation. Either people qualify their defense by roping in their criticism of Israel or they point out that they are against antisemitic acts in the same breath that they are against Islamophobia. We condemn all kinds of hate, that is not the point. Right now, I do not see bands of Jews attacking Muslims eating in restaurants in California or walking the streets of New York. It is not happening. So why can’t people simply call out for an end of these attacks on Jews, even when the attacks are not emanating from the right?

Being Jewish is complicated. No matter where we are, what we believe in or how we behave, we are targets of hate. I will not hide the star I wear around my neck. I will not hide the belief I have that Israel is the homeland of the Jews (please note, I never said “only” of the Jews; Palestinians are also indigenous and if you’ve ever read anything I’ve written before, you know that I believe both peoples deserve to live in sovereignty and security; I’ve even pointed out how Israel ought to get the ball rolling).

Being Jewish is complicated. We need the world to admit what we know: We have no other home. Nowhere else to go back to. We are not just a religion but a people. We need to hear others as loudly fight against intolerance against us as they do for every other minority group which is discriminated against. Without qualifiers. Without comparisons. Without mentioning any other group or any other issue at the same time.

Don’t make it more complicated for Jews to be Jewish. 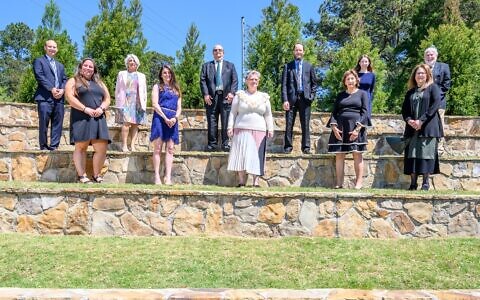 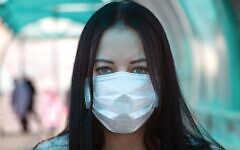 Is It Time to Party?
Robyn Spizman Gerson 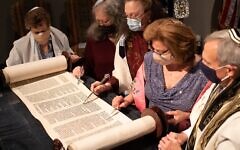 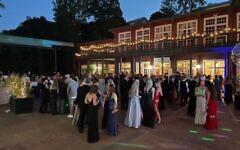 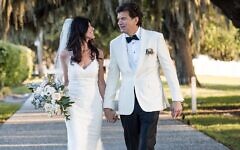