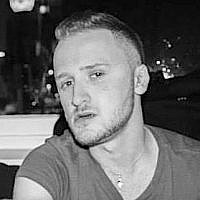 The Blogs
Brett Loewenstern
Apply for a Blog
Please note that the posts on The Blogs are contributed by third parties. The opinions, facts and any media content in them are presented solely by the authors, and neither The Times of Israel nor its partners assume any responsibility for them. Please contact us in case of abuse. In case of abuse,
Report this post.

So I was recently looking on what appeared to be a “progressive” news page on Facebook. One that is supposed to “exceed borders and help bring important matters to humanity”. Of course, these matters are of importance to the LGBT community, and everywhere else in the world. And in that case, being part of the LGBT community implies that you’re a progressive thinker and activist because you’re fighting against a social norm which has existed beyond the history of most countries today. All in all, it seems to be so exciting that you’re reading stories of people fighting the social constructs and trying to make positive change. It sounds amazing right?

Then, however, that veil is lifted, and always will be, as soon as it turns into a tool to demonize Israel. You scroll through the page, and along comes stories of people fighting poverty, fighting racism, breaking boundaries for the LGBT community, and other important matters. And then, you come across the one of many videos or articles that aim to portray Israel in the most negative light possible, for the sake of “progressivism”. And in that case, you find all these disgusting comments yearning for Hitler’s return, saying the Jews are of the Devil .. BLAH BLAH BLAH. And this is all on a site that is supposed to promote “progressive” views, “boundary-less stories”, and somehow, it becomes a hatefest against Jews and Israel filled with many boundaries and borders. That makes it really hard to find where you stand in this movement where you want to be a part of a community thats fighting for change, but separate from that same space because it is filled with deep prejudice and ignorance that is unsolvable at most points.

So I come to this point now. We all want change, and we all want to live in peace. War, conflict, hatred, they all suck and we should all fight for a more peaceful future within our reach. However, there is something very odd about the picture of the modern day “progressive” movement because its come to a point where all the positive attributes of Israel are ignored at the expense of hatred and desire to see more conflict. Its a shame that one of the most liberal, tolerant societies in the Middle East is castigated as a pariah, while everywhere else in the world there are anti-gay laws that no one devotes their lives for BDS against.

Israel is not perfect, and of course criticizing the government and society is healthy and necessary for improvement towards a better direction, but lets be real. What’s the real agenda of these “progressive” activists while the true values of what they represent are silenced in many other countries BESIDES Israel? Curiosity isn’t even needed at this point because its very obvious, and at that point it makes it really hard to find your own place in the fight for justice.

My point in writing this is to shed light from the perspective of someone from a “liberal” frame of mind who is so sick of the hypocrisy within. No place in the world is a perfect paradise, but no place in the world is demonized as much as Israel is. And much of that demonization comes from the same people who claim they “fight for human rights” and believe in “equality” and “justice”. All those words have somewhat lost their meaning to me now because there is always an anti-Israel angle to every topic related to human rights.

A perfect example is of what happened in America during the Ferguson protests, and every other riot that followed due to disgusting circumstances of racial tension. At many protests, there were people chanting “from the river, to the sea” and trying to twist the story of Ferguson into the anti-Israel narrative. Somehow, that was a form of solidarity with the fight against oppression. On the other hand, many Pro Israel activists were silenced in showing their solidarity because they were viewed as “pushing the Zionist agenda”. At most, a situation that had nothing to do with Israel/Palestine turned into demonizing Israel as the white cop and castigating those who defended themselves against such stupidity. All of a sudden, the situation is twisted, you call people out on their nonsense, and you’re the one with an agenda and no care for the situation at hand. In the first place it should’ve been about Ferguson, and not about the Middle East, but of course its acceptable when it has an anti-Israel twist to it. It’s all a bunch of hypocrisy and it needs to be addressed, or the things we fight for really will have no meaning.

To conclude, if we aren’t truthful in our fight against injustice and our fight for equality, then what are we really fighting for? If we are dishonest, biased, and one sided yet say we are tolerant and open minded, then who are we really? I want to say I’m not trying to generalize because the world is a diverse place of many opinions, but I’m pointing light on what is a trend, and what makes it so hard to believe in the fight for change in America and the world. Fighting for change is a beautiful thing. Being biased, hateful, and isolating others is an ugly opposite, and unfortunately one that is dressed up today in the most beautiful of garments and admired by most of the world. Something’s gotta give.

About the Author
Brett Loewenstern was born and raised in Boca Raton, Florida. He currently is a full time student at Berklee Music School in which his main focus is songwriting. Overall, his aspirations are to serve for Israel as well as write songs that will inspire the world. He is spiritually and culturally affiliated with Judaism and does his own thing. Israel, Judaism, and Music are his core and center of his being.
Comments