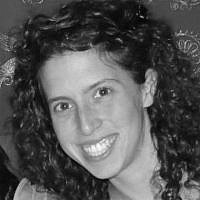 Women’s day passed me by this year without much notice, aside from a few songs on the radio telling girls to do what they want and from some sorry statistics about women’s salaries in the news. But this week, a few days after Women’s Day, I was reminded of the complexities of belonging to the gender from Venus.

I am involved in a Human Rights Clinic in the Law Faculty at my school and am working on a project along with other students in my class. We held our weekly meeting with a lawyer guiding us in her office and two other lawyers joined us: one from another clinic and another from a successful national organization. The room was full of women and women-to-be. A bunch of names of people we should contact came up, all of which happened to be names of women, as well.

I was too focused on the meeting to reach any earth-shattering conclusions about the significant role women play in the battle for Human Rights, but I did have a fleeting thought that, “Hey, this is cool.” We each assumed a role in the discussion: the leader, the listener, the critical thinker, the question-asker, without any one of us taking on the generic, almost inevitable, role of “the woman” – the unassuming, apologetic, everyone-knows-better-than-I-do. I was in a room full of inspiring thinkers and doers, who happened to have, alongside their talents, two X chromosomes.

In the middle of the meeting one of the lawyer’s phones rang. She apologized and got up to answer. We heard her laugh and let out a squeal, and the other two lawyers tried to guess what it was about. One of them thought her organization had won a lawsuit; the other thought she’d heard back about a certain project. My friends and I looked at one another and smiled; apparently we were the only ones who had heard her say it was the preschool calling. She hung up and sat back down all aglow and looked around. “My son just made his first pee in a potty,” she announced.