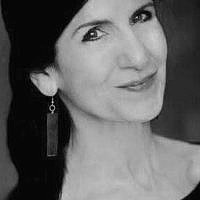 The Blogs
Lin Batsheva Kahn
DePaul University . Chicago
Apply for a Blog
Please note that the posts on The Blogs are contributed by third parties. The opinions, facts and any media content in them are presented solely by the authors, and neither The Times of Israel nor its partners assume any responsibility for them. Please contact us in case of abuse. In case of abuse,
Report this post. 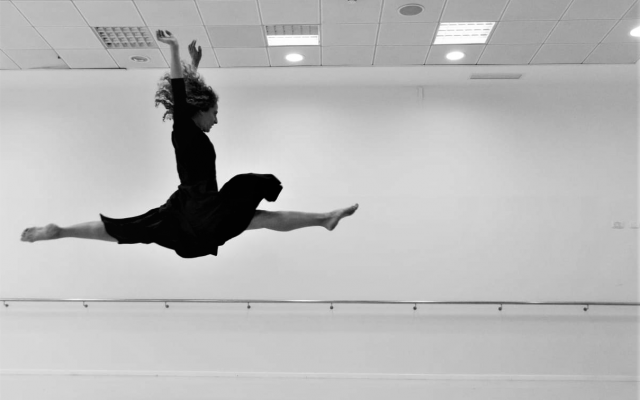 Judaism teaches an important life principle that we descend in order to ascend. Down preceding the up, we discover inner muscle we wouldn’t have without the hardship and actualize through tailored made tests. Rabbi Dr. Akiva Tatz writes “There is an idea that a test forces one to discover levels of one’s own inner strength which were previously hidden. The difficulty of the test brings out that which would have remained dormant without it. Before the test there was a level of power in the personality that was potential only, after the test that power has become actual, realized in the personality and the world. Potential energy isn’t enough, action is necessary.”

In his book Living Inspired, Rabbi Tatz continues that a real test is impossible. “The feeling of the enormity of a real ordeal is accurate: this test is too much for me!” So, how do we pass the test? He believes we need to attach to the Divine and then leap; not walk, run, skip, but leap. Suspended in the air, this energetic movement leaves the ground reaching with the front leg, while pushing with the back leg.

A body cannot leap or go airborne in any jump without first going down. The mechanics are the bend of the knees called a plie’ followed by a strong extension of the legs through the feet to go upward. The deeper the plie’, the higher the jump. This is a physical display of spiritual ascending after descending. In Jewish thought, the higher we are, the farther we fall. In Modern Dance, fall and recovery are part of movement vocabulary.

In Bereshit, Joseph went to low places of slavery and prison when sold by jealous brothers. His descent of 22 years resulted in high positioning in Egypt and high character. Forgiving his brothers. he proclaimed while they meant it for evil, G-d used it for good. Unafraid of the texture of darkness, he transformed it into light throughout ongoing tests.

Rabbi Adam Greenwald asserts in “Descending and Ascending” that Joseph’s fall and rise teaches us the last chapter of our story remains to be written. “Again and again this story proves to be the great narrative of the Jewish people. The darkness of persecution at the hands of the Greeks gives way to the light of the menorah, the wicked plot of Haman brings us to the edge of genocide, only to find last-minute salvation at the hands of the winner of a Persian beauty contest.”

In 1800 at age 30, Composer Ludwig Van Beethoven was losing his hearing. While in the depths of depression and despair, he wrote to a friend “Your Beethoven is having a miserable life, at odds with nature and his Creator.” Yet, he later proclaimed “You must think of me as being as happy as it is possible to be on this earth. I will seize fate by its throat. It will not wholly conquer me. Oh how beautiful it is to live.” Misty Copeland became the first African American principal ballerina with New York’s American Ballet Theater in 2015. Her accomplishment is a remarkable ascent from young life in a hotel room with her mother and 5 siblings, beginning ballet late at age 13.

A GPS recalibrates after getting off the road. How do we recalibrate, especially during the severe detour of a severe test such as our shared global pandemic? What is at the core of the adjustment? It’s not changing the event. Like Joseph, Beethoven, and Copeland, it’s perspective accompanied by adaptability and tenacity.

Dr. Albert Ellis created a psychology and philosophy called The ABC Model, an excellent tool where A, the activating event doesn’t cause C, the consequent emotion. It’s B, the belief. This is where a paradigm shift is needed for a rational belief to replace an irrational one. As a result, we can view uninvited hardships as invitations to tests that refine us.

Paradigms are belief systems and driving forces behind decisions we make. However, not all paradigms benefit us. According to Dennis McKenzie in “Change Your Paradigm, Change Your Life” “paradigm paralysis is the refusal or inability to see beyond current models of thinking. A paradigm shift is a complete change in thinking or belief systems that allow the creation of a new condition previously thought impossible or unacceptable.” He states “ideally shifting paradigms will allow you to change from who you are, to who you truly are.”

We have a choice to take on a student or victim paradigm. The student believes the test is positive and ‘for them’ with the purpose of upward growth as a valuable means of refinement. The victim paradigm has a negative interpretation of ‘to them’ giving no room for learning, growth, and upward motion. There is no leap.

It helps to reach high places with co-learners who also choose to be agile students of tests. Going beyond together with paradigm shifts instead of paradigm paralysis, can we even view tests as gifts?

Mesillas Yesharim tells us “the beginning of the path which leads to transcendence is hard work, very hard work, but the end is a gift.” Let’s devote ourselves to the work of paradigm shifting to see hardships as important tailor made tests, actualizing our potential as we bend, extend, and leap into who we truly are.

About the Author
Lin Batsheva Kahn is on the faculty in The Theatre School at DePaul University in Chicago. She teaches Modern Dance and her one of a kind courses Diversity in Dance: Paradigms Shifting, Chicago Dancing, and Creativity & Adversity: Psychology, Religious Thought, and the Arts. A productive choreographer, she's collaborating with Israeli Miriam Engel from A’ngela Dance Company on their fifth Jerusalem/DePaul Dance Project: Still Moving. Kahn's ELI Talk “Creativity and the Good Inclination” filmed at PBS WTTW includes an excerpt of "January Thirtyfirst" choreographed about her mother’s passing. DePaul Excellence in Teaching Honoree, numerous awards include 'Jewish Chicagoan of the Year' from The Jewish News and 'Innovation in Teaching' presented by The Art Institute/DePaul Partnership Committee. She holds a BFA in Modern Dance from University of Illinois/Champaign, a Masters in Dance, Theatre, and Communication from Kent State University, and a Masters in Contemporary Dance from Case Western Reserve University.
Related Topics
Related Posts
Comments