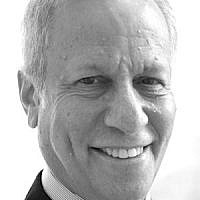 A recent article by Prof. Yoram Yuval started me thinking about the corruption allegations mushrooming around Prime Minister Netanyahu, as recounted daily in the local media. It seems that no matter what Bibi does or does not do about anything, it all has to be filtered through his reacting to the accusations that he is facing. Prof. Yuval asks the question, in light of these accusations; “why is Netanyahu still so popular?” Although his article dealt mostly with the typical Israeli psyche from a sociological perspective, one point he made stood out for me: where do you draw the line between doing someone a personal favor, and acting corruptly? Especially in a society where “protectzia” is part of the fabric of life, when does the activity become criminal? This is the question that the country will have to deal with, on the one hand in rooting out corruption and, on the other, in allowing government to function without every politician being under an investigatory cloud.

As a former State’s Attorney in Connecticut, a state that is no stranger to corruption scandals (it’s nickname was not “Corrupticut” for nothing; a former Governor has gone to prison on two separate occasions), I wondered what I would do if I were being presented with these allegations.

A number of caveats are required: 1) Obviously, I am only going on what has been reported in the press, assuming that it is factually correct and provable. 2) The laws in Israel are different, what may be allowed somewhere else may be illegal here.

The Connecticut General Statutes have the following provision in its penal code:

“Sec. 53a-148. Bribe receiving: Class C felony. (a) A public servant or a person selected to be a public servant is guilty of bribe receiving if he solicits, accepts or agrees to accept from another person any benefit for, because of, or as consideration for his decision, opinion, recommendation or vote.”

There is no question that the Prime Minister would be considered a “public servant”. Similarly, he, at the very least, “accepted or agreed to accept” something. The difficult question in the scenarios that have been published is the term “benefit”. Under the definition section of the statutes (Sec. 53a-146) “(2) “Benefit” means monetary advantage, or anything regarded by the beneficiary as a monetary advantage, including benefit to any person or entity in whose welfare the beneficiary is interested.”  It would seem that the benefit solicited or accepted needs to have some monetary, as opposed to purely political, value. Favorable media coverage, while certainly of great benefit in enhancing one’s status and in enabling one to continue to succeed in his political endeavors, cannot be stretched to include a “monetary advantage.” On the other hand, accepting cigars and champagne in exchange for favorable legislation would seem to violate this statute.

But that does not end the inquiry that a conscientious prosecutor should undertake. Prosecutors are given discretion to determine if prosecuting a particular case is in the public interest. One might consider the nature of the monetary benefit (is some champagne and cigars enough of an inducement in this situation?), and the effect, both positive and negative in prosecuting a sitting Prime Minister, based on these facts. It is a tough call.

The law in Israel seems to be different than what I have explained would apply in my former State. The theoretical exercise is important, because it can show a way to combat corruption without interfering with the ongoing process of governing. Our politicians need to be able to conduct the business of governing without the fear that any self-serving conduct could be criminal. They also need to have clear guidelines as to what conduct is or is not allowed.  Especially in a political system of a multiplicity (dare I say multitudes) of political parties which creates inherent instability, eliminating an additional destabilizing factor should be a goal. This is not a matter of being on the right or the left politically speaking, but of uprooting real corruption while promoting effective governance.