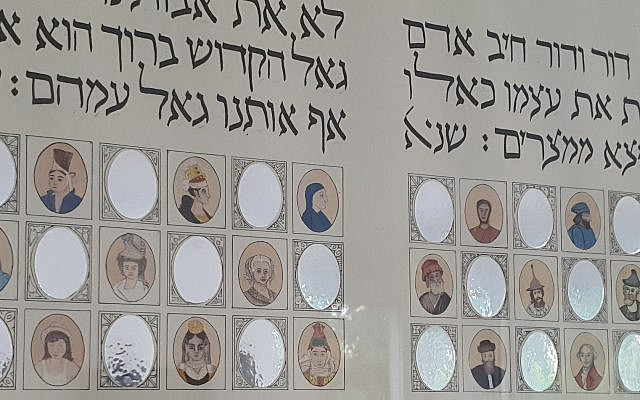 As the increasingly frustrating dance of Israel’s version of parliamentary politics unfolds, there is one phrase that echoes through my mind: Bennett can do better.

I am one of the many Israelis orphaned by the current political system, feeling powerless as our erstwhile leaders struggle for a divorce from an abusive father figure who has controlled our public discourse for over a decade.

After four attempts to right these wrongs we have the will of the people expressed clearly: we have demanded through our ballot boxes to let our people go. Every party leader knows this, and yet the spectre of the 5th election now hangs in the balance because of one man: Naftali Bennett.

Naftali Bennet drew from the spirit of the prophets in his election night speech, even if he does not represent the majority of Israelis. While he was not able to convince even a tenth of us that his party was the right one to take us forward, his speech calling for reconciliation was a beautiful reflection of the national yearning. And yet here he is, blocking our national healing. Bennett can do better.

Publicly, the reason given for Bennett’s reserve has to do with the support of two political parties for an alternative to a Netanyahu government: Ra’am and the Joint List, which represent nearly 15% of votes cast. In doing so, Bennett seems to question who has the right to express their support of a government in Israel, as if we have forgotten the age old lesson that “there shall be one law for the Hebrew and Stranger alike.” Reports that Bennett’s camp is unwilling to sit in a government supported by “the Arabs” not only smells racist, it is especially ironic during the very moment in our year when we remember that we were Strangers in a Strange Land, when we remember that a mixed multitude rose together out from under the tyranny of Pharaoh. Bennett can do better.

Ra’am and the Joint List are no less Zionist than United Torah Judaism, and a government of healing should reflect the wills of both’s voters. I do not in any way detract from our being in covenant with our ultra-Orthodox sisters and brothers despite their non-Zionism, their disregard for public health rules, and their attempts to delegitimize the Judaism of my friends and family. You can’t choose family.

We are in no less a covenant with our fellow Israeli citizens who serve alongside us as doctors, nurses, lawyers, accountants, shopkeepers, teachers, and yes, members of the Jewish People’s parliament who worked with us side by side to create the greatest miracle of our time.

We are in an age in which Am Israel has once again marched to freedom together with a mixed multitude that live and breathe and work and care and love and feed their children beside ours as we march. If our representatives cannot understand this reality then woe is on to Israel. Jabotinsky understood this a century ago. His heirs should too. Bennett can do better.

As Bennett spoke, we need a government for healing, where baseless hatred and division is replaced with open love and acceptance. A government representing the needs of all of the tribes that make up our spirited body politic, reflecting our yearning to be free from corruption and cronyism. A government that will work to include all members of our great society in our common future. Not a government of Right or Left but a government taking the best of both, working towards a compromise to free our nation in our land. Bennett can do better.

We need Bennett to return to his mindset from election night. We need Bennett to commit to four years of work for the betterment of our people. We need Bennett to lead our recovery from the plagues of the past year and the chronic disease of cronyism that has perverted our economy over the past decade, widening the gap between our tribes, between rich and poor, and hollowing out our productive capacity. Bennett is one of the only members of our parliament who has seen this economy from both the private and public sectors. Who has built companies and overseen the ministries who have supported them in their needs. Bennett would be a great finance minister for this government. Bennett can do better.