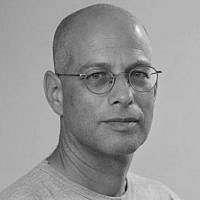 The Blogs
Tuly Flint
Apply for a Blog
Advertisement
Please note that the posts on The Blogs are contributed by third parties. The opinions, facts and any media content in them are presented solely by the authors, and neither The Times of Israel nor its partners assume any responsibility for them. Please contact us in case of abuse. In case of abuse,
Report this post. 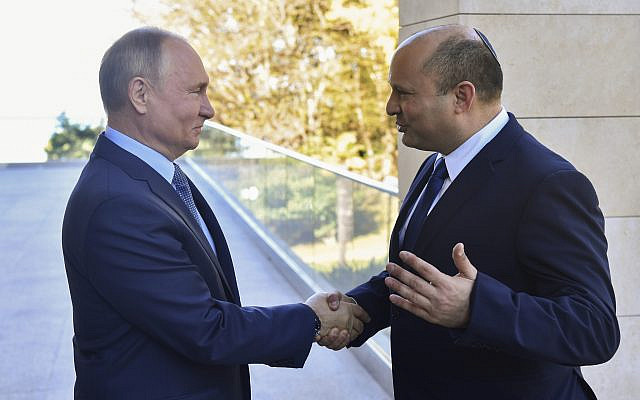 Naftali Bennett is a man with a mission: He aims to be the man to bring peace to Europe. The Russian attack on Ukraine lit a lightbulb over the right-winger’s head, and he suddenly discovered that war isn’t so good, and is in fact quite bad. He also suddenly understood that the world is out there and has an opinion about war – and that the sanctions against Russia are not an anti-Russian sentiment, they are simply a reaction against what Russia is doing.

Since his ascension to the office of prime minister, Bennett has undergone the same transformation as all other Israeli right-wing PMs: The understanding that his ideology might make sense to him in theory, but that carrying it out in practice would be thoroughly irresponsible.

One could argue that Bennett is bound by the composition of his coalition, but his latest actions towards Russia and Ukraine have to have been a profound moment of insight for him. Bennett flew to Russia, over a thousand miles away from Israel, when we have a home-grown decades-old conflict taking place just ten miles from his home in Ra’anana.

At 37, Bennett was appointed Director-General of the Yesha council – the umbrella organization of all Jewish settlements in the occupied territories. He maintained a stance that called for the mass expansion of illegal settlements, protested the evacuation and dismantlement of settlements, and campaigned against a free and independent Palestinian state, thus advocating for the continuation of the Israeli-Palestinian conflict.

Yet instead of re-thinking his worldview in light of the Russia-Ukraine war, Bennett has taken the easy way and now bellows at the top of his lungs about how the two situations are incomparable. Bennett’s fear is that the situations are indeed comparable. By this logic, Putin will become the go-between for Israel-Palestine. And Bennett doesn’t want that.

Playing international mediator is an easy gig. You get all the perks, credit, international support and admiration from home, without bearing any responsibility for taking tough decisions. Naftali Bennett is afraid to admit that what he is asking Russia and Ukraine to do is what many international mediators have been asking of Israel and Palestine. But now it is his turn. Bennett also knows that if he manages to help those countries to make peace, the world will ask what about your own situation? What about Palestine and Palestinians?

Israel has a leader who knows the consequences of war. He was a soldier and a fighter. This leader is now investing his time in an attempt to solve a conflict in which Israel is not involved. While the efforts are worthy, necessary and will hopefully be fruitful, Bennett must apply the same standards to Israel’s own conflict. Our prime minister is asking Russia and Ukraine to get up the courage to end their war. We are asking our prime minister to get up the courage to end ours.

About the Author
Tuly Flint is a reserve-duty Lt. Colonel in the Israeli army and is the Israeli General Coordinator of Combatants for Peace, a movement of Palestinians and Israelis who take action together through creative nonviolence to end the Occupation and promote peace. He is a clinical social worker, and specialist in the treatment of trauma and PTSD with individuals, groups and families. His doctoral dissertation is on spiritual recovery from post-trauma
Comments