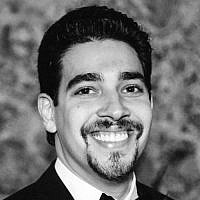 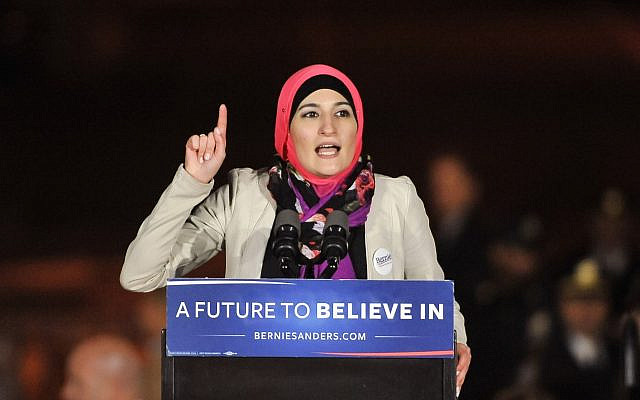 Bernie Sanders is not being treated fairly by the media, and it is time for people to take notice. He now has a clear track record that is getting nearly no attention from the press – Bernie Sanders embraces hate.

When David Duke endorsed Donald Trump in 2016, it made huge waves in the press. When Trump didn’t immediately denounce Duke, he was criticized for it, and rightfully so. So why is Bernie Sanders getting a pass while hateful people and organizations are supporting him? Worst of all, why is he getting a pass while he’s promoting their endorsements? I’m no Trump supporter, but this double-standard is very real.

To those who support Bernie because you believe in his policy ideas like free healthcare, college, and everything else, I understand the appeal. I get that his message of fighting for the common man over the privileged few is meaningful. I get the Robinhood idea of taking from the rich to give to the poor. There is nobility in the sense of making sure everyone gets a reasonable piece of the pie. But that nobility doesn’t excuse the promotion and legitimization of hate.

The latest in Bernie’s rash of hate endorsements comes from The Dream Defenders. This antisemitic hate group accuses Jews of ethnic cleansing, denies Israel’s legitimacy, and has even organized a trip in which a tour was led by a member of a terrorist organization.

You may recognize their name. They have contributed to two notable candidates in Florida losing their elections over the last two campaign cycles. Most recently, signing a pledge card related to policies around policing and private prisons linked Democratic gubernatorial nominee Andrew Gillum to The Dream Defenders during his 2018 campaign.

Though he later made clear that he did not support their anti-Israel agenda, the affiliation undoubtedly caused great harm to his campaign and very well may have cost him the chance to become governor of Florida. Gillum’s association put him in a position where he spent far too much time playing defense and not enough delivering his message.

On January 8, Bernie Sanders promoted his endorsement from The Dream Defenders and thanked them for “the incredible work” they are doing.

Thank you @Dreamdefenders for your support and for the incredible work you are doing. Young people have the ability to create powerful change. Together, we are going to create a nation where every person is able to live with justice and dignity. https://t.co/NYSarf4Mru

This is disgusting. @BernieSanders is promoting an endorsement from a hate group that accuses Jews of ethnic cleansing and takes people on tours led by a member of a terrorist organization. I can’t say enough about how repulsive and offensive this is. #NeverBernie https://t.co/jvIMvjRAM5

Unfortunately, this isn’t anything new for Bernie. His campaign and events have featured at least three prominent antisemites in recent months.

Linda Sarsour, an official surrogate for Bernie’s presidential campaign, nearly destroyed The Women’s March with her antisemitism. She was forced out of the organization as those who were left attempted to save it. In recent weeks, she said Israel is “built on the idea that Jews are supreme to everyone else.” Sarsour has a long history of antisemitic remarks.

Congresswoman Ilhan Omar is another Bernie endorser who has been featured at his campaign events. She isn’t new to antisemitism either. Omar gained infamy for it since her election to Congress in 2018. As a state legislator, she famously said that Israel was hypnotizing the world. As a member of Congress, she has accused Jews of bribing elected officials to support Israel and questioned the patriotism of American Jews using the age-old antisemitic trope of dual loyalty.

This is the same Ilhan Omar, who opposes sanctions against Iran, the world’s largest state-sponsor of terrorism. Iran, the country whose government has murdered more than 1,000 protestors in recent weeks. Iran, who has orchestrated the killing and maiming of American soldiers. Iran, who helped Assad use chemical weapons against civilians in Syria. But Omar proudly supports sanctions against Israel, the only democracy in the Middle East, and the only country in the region in which Muslims enjoy western-type freedoms and equal rights. Why? If your conclusion is anything other than antisemitism, you’re not honest.

But Omar didn’t stop there. She and her fellow Bernie-endorsing antisemitic colleague, Congresswoman Rashida Tlaib, planned a propaganda trip to Israel. They did so while expressly denying Israel’s legitimacy, titling their itinerary “US Congressional Delegation to Palestine.” The trip was organized by a group called Miftah. They have accused Jews of using the blood of Christians to make matzah for Passover, promoted Holocaust denial, and celebrated terrorists responsible for the murder of Israeli children.

Tlaib has joined Omar in accusing Jews of dual loyalty. She’s also advocated for the elimination of Israel’s existence, going back on her campaign position of supporting a two-state solution. She invited someone to her swearing-in who has praised Hamas and Hezbollah, two terrorist organizations that have murdered thousands. That same person has compared Zionists to Nazis.

Omar and Tlaib both took to social media to share a cartoon created by Carlos Latuff, who in 2006 came in second place in Iran’s Holocaust Cartoon Contest.

Like Omar and Sarsour, Tlaib has been featured prominently by the Sanders presidential campaign.

See the pattern? Hate is oozing from the pours of Bernie’s endorsers and surrogates.

Bernie’s father’s family suffered greatly and lost many to the genocide of the Holocaust. He should understand the dangers of antisemitism. His willful decision to surround himself with hateful people isn’t excused by his family history. The fact that he comes from Jewish parents doesn’t give him a pass. Bernie may choose to trade morality and decency for political convenience, but the rest of us don’t have to.

Sure, Bernie’s cult following (not all of his supporters) of social media trolls will say the establishment is putting their thumb on the scale. They might even threaten to stay home or vote against the Democratic nominee, as many of them did in 2016. We should look them in the eyes and tell them we can live with that. Our human decency has to be worth more to us than winning. Winning with Bernie Sanders wouldn’t be worth the cost of selling our souls to hate.

Republicans did that with Donald Trump when they chose to ignore his hate, ignorance, and immorality. We have to be better.

If Bernie were putting people on stage who said similar things about African-Americans, Christians, or any other group, he wouldn’t be getting away with it. Jews aren’t second-class citizens. Jews have seen through thousands of years what antisemitism turns into when it is allowed to flourish. Never again means never again. We won’t be led down that path by anyone, even someone who shares our heritage. If you truly value the idea that no group should be oppressed or subjected to hate, it’s time to find someone other than Bernie to support.

Bernie Sanders is unfit to lead our country or our party. If we can’t see that and do something about it, we will hand Donald Trump four more years as president. Most of all, we will prove that we are no better than those we so fervently criticize.

I understand if antisemitism isn’t a priority for Bernie Sanders. But if it isn’t a factor for him, he can expect Jewish democrats like me to be a factor in defeating him in 2020.

It’s time to say enough is enough. It’s time to cast Bernie and his hate coalition aside in favor of someone who truly represents our values as Democrats.