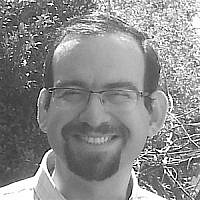 The Blogs
Eli Varenberg
Israeli Tour Guide, Translator, Editor-- Always Curious
Apply for a Blog
Advertisement
Please note that the posts on The Blogs are contributed by third parties. The opinions, facts and any media content in them are presented solely by the authors, and neither The Times of Israel nor its partners assume any responsibility for them. Please contact us in case of abuse. In case of abuse,
Report this post.

Earlier this week, I squirmed and maneuvered my way through the throngs of people walking around the Old City to see the spectacular displays at the Lights in Jerusalem festival. 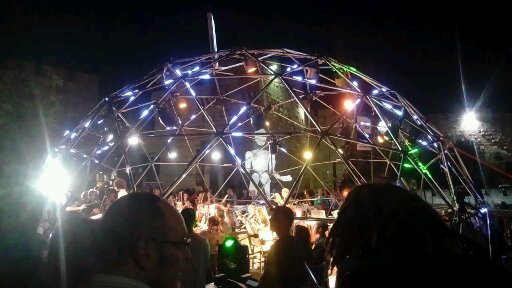 Crowds gather at the Jaffa Gate to view an orchestra performing at the Lights in Jerusalem festival.

Later I found myself thinking how 50 years ago this would not have been possible as the festival took place along areas that were under Jordanian control when Jerusalem was divided from May 1948 until June 7, 1967 during the Israeli victory in the Six-Day War. During those 19 years, Jews were barred from accessing areas that were in Jordanian East Jerusalem, including the Western Wall.

As a tour guide, I have occasionally encountered people having the misconception that during those years East Jerusalem was an area east of the Old City. This is usually accompanied by the subsequent question as to why Jerusalem can not be divided into two separate cities; one for Jews and the other for Palestinians—Arabs.

As I attempt to avoid getting into political discussions, (which is easier said than done when discussing anything related to Israel) I usually respond by asking, “Can you imagine a Jerusalem without access to the Western Wall; no shopping at Mamilla; no light rail running past City Hall; or without easy access to Hebrew University at Mount Scopus?”

While these areas may now be considered to be part of Western Jerusalem; they, too, were in fact under Jordanian control. A seven kilometer long, semi-circle shaped boundary known as the Jerusalem City Line (Kav Ha-Ironi) separated Jewish and Arab Jerusalem. Starting in Beit Safafa and heading northward along Hebron Road, the border meandered around the Sultan’s Pool and Jaffa Gate before continuing northward and turning west at Ammunition Hill.

That boundary was established during a November 30, 1948 meeting  between Abdullah el-Tell, the Jordanian commander of the Arab Legion, and Moshe Dayan, commander of the Israeli Etzion Brigade. They drew a line on a map with a green wax pencil to mark Israeli controlled areas and the Jordanian controlled areas were marked with a red line. Neither Dayan nor el-Tell expected the agreement to last long as the Jordanians anticipated defeating Israel in the future, while Israelis had hoped for a more meaningful future political agreement.

Moreover, due to smudge marks and poor mapping, the route of the boundary left several pockets of disputed areas, including several no-man lands. Yet this poorly drawn map and green line would be used as a basis for attempts at future peace agreements, and is often cited by those who claim that Israel is occupying Palestinian—Arab areas in Jerusalem. These claims continue to be echoed in resolutions passed by the United Nations which decry Israel as an occupying force and challenge the validity of any Jewish presence and historic connection to Jerusalem.

A sign at the border near Jaffa Gate warning that the enemy’s neighborhood lies ahead and there is no entry allowed.

When walking between bustling crowds filled with both Jews and Arabs in Mamilla on the way to Jaffa Gate, it is hard to envision a divided, segregated Jerusalem.

Walking along the route of the Jerusalem City Line is an opportunity to see the multifaceted interaction between Jews and Arabs at places such as the Park HaMesila (consisting of running and bike paths along the former train tracks that pass through the neighborhoods of Beit Safafa, Katamonim, Mekor Haim, and Baka); the stores and banks on Derech Hebron; the mixed Jewish and Arab neighborhood of Abu Tor; the entrance to the Old City at Jaffa Gate; and the shared train rides on the light rail.

Throughout this year, there will be several events commemorating the Israeli victory of the Six-Day War and the reunification of Jerusalem. Jerusalem serves as the capital of Israel. Rather than be divided, the city needs to continue to be at the forefront in serving as a symbol for coexistence and cooperation between Jews and Arabs.

About the Author
Eli Varenberg is a Jerusalem-based licensed Israeli tour guide and researcher of Jewish History and Jewish Studies. Having made Aliyah in 2007, he is constantly fine-tuning his answer to the following multi-faceted question: What does it means to be Israeli?
Comments