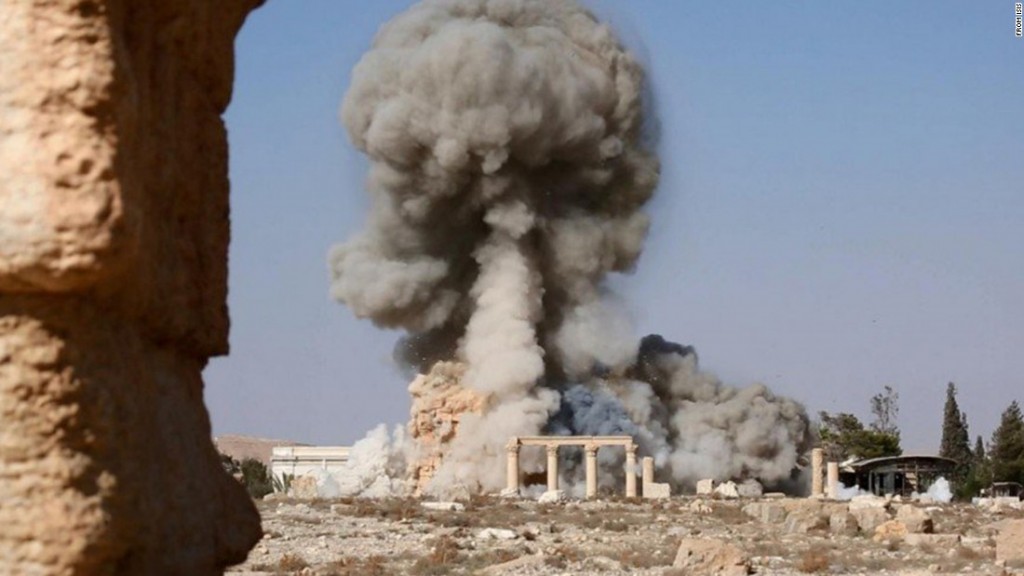 On July 7, 2017, UNESCO’s World Heritage Committee declared the Old City of Hebron a Palestinian World Heritage Site, a controversial one-sided move which comes on the heels of UNESCO’s divisively anti-Israel history in the sphere of Israeli-Palestinian relations. It includes numerous condemnations against Israel on any given year, UNESCO’s outrageous resolution on Jerusalem of October 2016 (omitting any Jewish connection to the city), and now Hebron – the cradle of Jewish history, home to the Tomb of the Patriarchs, the final resting place of the Jewish forefathers. The “Crown Jewel” of this anti-Israel slant was UNESCO’s decision to admit “Palestine” as a Member State to the organization in 2011 (in spite of the fact that it is not, as of yet, a State under any definition of accepted international law), a move which defied US policy and mandated the cutoff of U.S funding to the organization under federal legislation.

Israel was, understandably, appalled by this display of complete and utter disregard to its heritage on the world stage. Israeli officials, from Prime Minister Netanyahu and his government to members of the opposition were unanimous in condemning UNESCO’s resolutions in the harshest of terms, as meant to undermine the core notion of Israel as a Jewish State, hence taking aim at places like Jerusalem – Israel’s capital and the beating heart of the Jewish people – and now, Hebron, with its rich, thousands of years old Jewish history. Thus, feeding into the false narrative of Israel as a “colonial occupier” of the land.

UNESCO’s resolutions will have no real immediate impact on the ground, whether in Jerusalem or in Hebron. However, this severe state of affairs at UNESCO poses a double peril: one to the prospects of an Israeli-Palestinian peace, and another – even greater danger –  to the international community as a whole and its ability to “deliver” for humanity.

First, in the Israeli-Palestinian realm. It is no secret that the Israeli public has grown wary of the international community: Israelis have been disappointed time and time again to witness their gestures of good will dissipate into thin air, while condemnations continue unabated. Whether it was Hezbollah’s unprovoked attacks against Israel in 2006, resulting in the Second Lebanon War (after a full Israeli withdrawal from Lebanon in 2000) or Hamas’ persistent missile attacks from Gaza (after Israel fully withdrew from Gaza and parts of the West Bank in 2005), the world seemed to utterly ignore Israelis’ profound desires for peace and their need to defend themselves, hammering at Israel incessantly. No wonder UNESCO’s move came as no surprise – as a disappointment, yes – but no surprise to many Israelis, who have sadly grown accustomed to this kind of beating. UNESCO’s resolutions only serve to further Israeli suspicion of the international community, feed into the narrative of “the entire world is against us” and foster the deep lack of trust Israel has of global institutions. On the ground in Hebron, Bethlehem and Jerusalem, Israelis and Palestinians will wake up to the same reality, only with another dose of suspicion and alienation, the exact opposite of what the region and its people need.

But it does not end here. UNESCO’s behavior is an ominous sign for the international community as a whole shining a dark light at its lack of ability to treat global crises in a serious manner. This sad state of affairs raises a profound question, which goes far beyond the Israeli-Palestinian conflict. UNESCO, the United Nations Educational, Scientific and Cultural Organization, is a specialized agency of the United Nations, based in Paris, whose mission statement is, among other things, “to coordinate international cooperation”, “strengthens the ties between nations and societies” and “to build peace in the minds of men and women”. What happens when an international agency, funded by member states’ dues (taxpayer funds) not only strays away from its original vocation, but violates it altogether? What happens when it betrays its mission? There is no doubt that what happened at UNESCO does not “strengthen ties” between Israelis and Palestinians, they actually UNDERMINE them. What consequences should there be if public funds are abused for the purpose of political charades, at a time when the world direly needs strong and vibrant international organs, active where they need to be. If international institutions are doomed for futility, if they lose their very raison d’etre, then what’s the point of having them?

ISIS is destroying world heritage en masse, targeting various places of worship in areas under its control, including ancient historical artifacts from Iraq to Libya. Many remember the destruction at the ancient Syrian city of Palmyra as one of the most famous examples of these barbaric acts.  And while all of this is happening, UNESCO, whose vocation is preserving “World Heritage”, is busy with the smoke-screen of Israel’s Jewish identity, abused by the Palestinians and their accomplices, while taking away attention from where it is highly needed. This is a most significant question the international community will need to address sooner or later, as the challenges of wealth distribution are increasing and people’s global needs on the rise.

We simply cannot – and shouldn’t – afford this.

There is no doubt that hopes for peace between Israel and the Palestinians have garnered one more defeat, and the peace process dealt another blow. Once the dust of cheering and accolades in the halls of UNESCO settles, one reality remains: Israel and the Palestinians grow farther apart, and international institutions lose their relevance by the day.

UNESCO is more than just Israel’s problem. It’s the world’s.

About the Author
Speaker, Author, JBS Senior Vice President. Formerly Israel's Consul for Media Affairs in NY and diplomat at Israel's Foreign Ministry. Thankful for every day. Hopeful for the future.
Comments