Life under lockdown often feels like a struggle between hope and despair – the numbers go up and down; the promises of freedom and opening of boundaries and then there’s yet another cluster in one of our favourite Malvern Malls. A glimmer of hopefulness that we’ll have that family Shabbat meal (and who knows maybe even a hug?). A downer of hopelessness as the magical low number sudden climbs up precipitously.

Life under Corona is one rocky roller coaster ride of expectations and disappointments, losses and longing. There’s the sense that our previous lives are gone forever, the doors shut, Finito la Commedia; an end to all that once was. As Kohelet (Ecclesiastes) gloomily concludes his philosophical musings – “Sof Davar / This is the end of the matter”.

Yet, for all this, life goes on and there are fresh ideas, births and new beginnings. When my grandson Noah was born several weeks ago, our hearts lifted – a boy born in a time of deluge like Noah of old; a child bringing an ark of hope and light into a brave new world. The glimpses of his tiny face illuminating our lives, reminding us what really matters: love, connection and relationships.

I was reminded of the evocative lyrics of Jacqu Brel:

“If we only have love

Then tomorrow will dawn…

If we only have love

To embrace without fears…

Then the young and the old

Will stand at our side

Then the parched desert earth

I was transported back into the opening chapters of Genesis, Bereishit, this week’s parasha. A story of love and hope, a tale of violence and desolation. You can read these chapters with growing despair at the errant soul of humanity, the persistent failure of human kind. There’s the folly and weakness of Adam and Eve; the rivalry, jealousy and anger of Cain and Abel. There’s the disillusionment of God Himself at what He has created; creatures who can’t take responsibility and show restraint:

“The Lord saw how great the wickedness,

of the human race had become on earth,

and that every inclination of the thoughts

of the human heart was only evil all

the time. The Lord regretted that He

had made human beings on the

earth, and He was grieved to

You can read these same chapters with growing hopefulness and wonder at the sheer beauty of the world, at the power of the human spirit and the spirit of the power of God and His love for us. There’s the pathos of Adam’s relationship with Eve, his recognition that in her he has found a soul mate:

“And the man said: ‘This time (this one) is bone of my bones and flesh of my flesh.

There’s the Torah’s assertion of the necessity of separation (from parents) to create the possibility of intimacy:

“Therefore, a man shall leave his father and mother and embrace his wife and they shall become flesh” (Ibid 2:24).

There’s the miracle of birth and Eve’s wonderment at it:

“I have acquired a human being together with God” (Ibid 4:1).

Even after the killing of Abel by his brother, there is the promise of redemption in the evolution and development of humanity (Ibid 4:22), the building of cities, the discovery of music (“Jabal – he was the first of all to handle the harp and flute” – Ibid 4:21). And God Himself is consoled by the birth of the gentle Noah who was good and upright and “allows” Him to start again.

There are times in our lives when darkness and despair enshroud us as expressed in       the plangent lyrics of the Psalmist. And yet even as we may lose heart, God does not lose hope in us. His light is all around us just waiting to be discovered and uncovered.

“You have transformed my mourning into morning / dancing… So that my soul might make music to you…” (Psalm 30) or to echo Jacques Brel, if we only have love than Jerusalem stands, death has no shadow and we will have conquered all time, space, the sun and the stars …“““““` 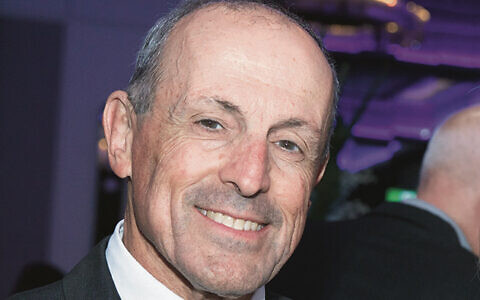 Vic Alhadeff to step down from JBOD
AJN STAFF 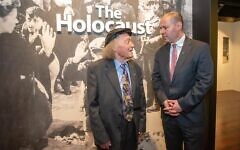 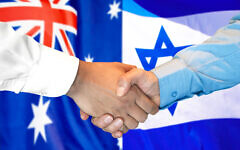 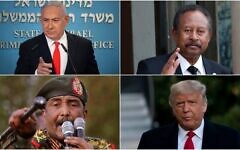 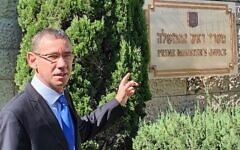 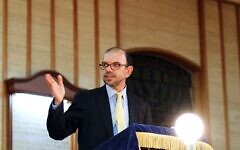