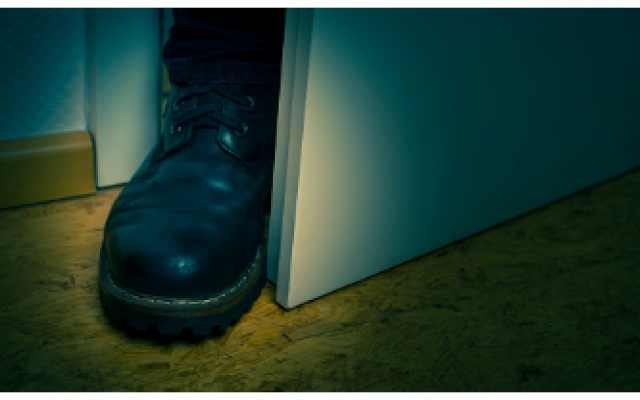 The most successful way to deal with bad (negative) thoughts is not to fight them but to replace them with positive thoughts.

When these positive thoughts have the power, strength, and light of Godliness — for example, passages from the Bible — they not only replace the bad with good, but they chase away and dissolve the dark thoughts, similar to light, which, without effort, chases away the darkness.

Once a Chassid was sent to a contemporary for advice on dealing with negative thoughts. He reached this Rabbi’s house in the middle of a cold frigid night and knocked, but no one opened the door for him. In the morning, when he was welcomed in, he noticed that not only was the door bolted on the inside, but it had an extra piece of wood to cover the small crack at the bottom of the door.

When he told his host why he was sent, the Rabbi asked him, “Did you not notice when you arrived at a time when you were not welcome, no one let you in? In addition, did you not see how, besides the locked door, there was an extra precaution to hold back any influence from the outside and even creepy crawlers from coming in?”

Similarly, your body has its doors of entry and protections. It is you who determines who you allow inside and when. It is up to you to bolt the door and take precautions against outside influences and creepy crawlers.

We have seen that thoughts are like a garment through which the soul expresses itself; when a person is a happy soul, he will most likely choose to put on happy garments. A person who is not so happy will subconsciously choose unhappy thoughts and garments.

When a person’s mood is disturbed and naturally drawn to unhappy thoughts, how does he gain control over the vicious cycle of those bad thoughts, which then influence the soul?

We need to be reminded that while the garments express the disposition of the soul, they are a completely separate entity. In truth, a person is not fundamentally and/or intrinsically connected to his soul by his thoughts. It is possible to decide to think about something entirely different than what is (at the present moment) the nature of the soul.

Since the soul is always clothed in the garment of thought, it will be influenced by positive or negative thoughts, and thinking (those thoughts) can ultimately change the soul’s character!

Part of the difficulty in overcoming negative thinking is the evil and bad inclination inside every person. This force is always trying to bring the person down in whatever way it can. One of the arguments this evil force inside us uses to get us to think in negative, self-injurious ways is by telling us, “It is only for a second; it cannot harm.”

In that second, the wrong thought will gain a foot in the door and possibly squatter’s rights forever. Since the soul is eternal, and thought is so close to the soul, a positive or negative thought will make an impression on the soul that can — and many times will — last a lifetime. The way a person eventually becomes lost begins with that first step off the path, that first transgression against the psyche.

This internal battle aims to draw out the deepest strengths of the positive side. When a person asserts himself over his house and does not let anyone run amok inside of it, he creates the satisfaction of ownership and having his space to use as he chooses. He/She is empowered. He/She has improved him/herself through virtue and has increased their value and self-esteem, which also feels good.