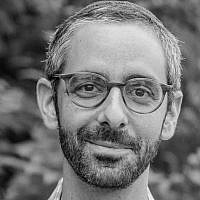 The Blogs
Steven Exler
Apply for a Blog
Please note that the posts on The Blogs are contributed by third parties. The opinions, facts and any media content in them are presented solely by the authors, and neither The Times of Israel nor its partners assume any responsibility for them. Please contact us in case of abuse. In case of abuse,
Report this post. 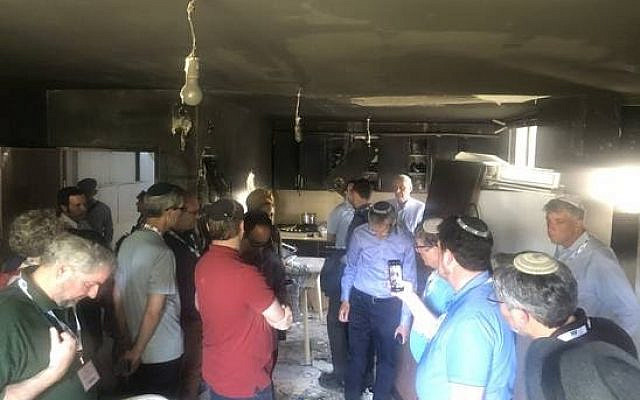 “How can you sit shiva for a city?” asked Yuval, the CEO of Totzeret Haaretz, an organization dedicated to creating intentional communities of Israelis of diverse backgrounds, bringing strength, vision and their hearts and souls to communities outside the merkaz (the center of the country). Yuval devoted the last 10 years of his life to bringing young Israeli adults to Lod (yes, Lod is considered outside the merkaz!) to create community in the different neighborhoods.

Around Shabbat tables, in mixed Arab-Israeli nursery schools, these intentional communities grew and flowered. And then whatever had been built — a hope, a model of embracing diversity and building community, literally crashed and burned overnight, night after night, a few months ago, as underlying tensions and frustrations boiled over and demonstrations in Lod by local Arab Israelis turned violent, sweeping many Arab Israeli residents into their arc, as they burned cars, torched synagogues, and destroyed Jewish Israeli homes.

Nothing like this had ever happened before. Across the mixed cities where violence broke out, there was violence from Jews as well, albeit at an incomparably lesser scope and scale, and we stand against all of it. But the truth is, the voice we heard from Yuval was not a voice of condemnation or outrage. It was a voice of bewilderment, of heartbreak, of pain and of despair.

How can you sit shiva for a city? In a sense that’s what we do on Tisha B’Av, mourning Jerusalem. In the beating heat of the Israeli sun, it could just as well have been Tisha B’Av that day in Lod. We were with the residents of Lod in a profound moment of “Eikhah?” “How can it be?”

Alas! Lonely sits the city once great with people! She that was great among nations is become like a widow; The princess among states is become a thrall. (Eikhah 1:1)

The city was alone because its residents suddenly felt alone. They couldn’t speak to their neighbors. The Arab neighbors who had shared life moments with them, and helped each other with their groceries up the stairs, had burned their cars and terrorized them.

This was not solely the behavior of a few hundred youth in gangs, the Jewish residents whom we met with that afternoon, Rav Shmuel, Ayelet and Michal told us. People of all ages participated even if they were not the instigators. Something snapped in the people they had considered their friends. Not all of them at all, but some. “Eikhah?” “How could it be?”

The Jewish residents were not grieving alone. Earlier that afternoon, we had sat around a circle with Faten, an Arab Israeli, and Dror, a Jewish Israeli. They work in a community center called Chicago, in the Ramat Eshkol neighborhood of Lod where the violence broke out and was the most extreme. The Chicago community center is the only intentionally Arab-Jewish community center in Israel. Dror works on intergroup relations, and Faten is one of the founders and directors of the community center.

Faten spoke from the heart, from a heart broken in two. These have been the hardest days of her life, she told us. She spoke about the troubled Arab youth in the neighborhood and their needs. She spoke about the horror of what had happened — her shame that her fellow Arab residents perpetrated this. And about how her son was stoned by Jewish rioters, and that she didn’t even want to tell anyone. She spoke about the bonds she has formed with Jewish neighbors and colleagues and participants in the center, and how they are now an inseparable part of her identity. So much so that when her Arab friends told her to leave the center and give up on the dream, she couldn’t. Because, as she said, “I know the other side, and I can’t unknow it.” She spoke about the fact that Arabs and Jews used to try to talk about their identities and their challenges, and it got too hard, so they switched to just doing things together, putting aside some of the too-hard topics and focusing on shared experiences and collaboration. Maybe that was a mistake, she told us. We can’t avoid the hard topics. They just get pushed down and fester, and then you stick something in that stirs them up, and they explode. Faten spoke of needing to ask and understand, “Eikhah?” “How did this happen?” And pledged to literally ask the youth she knows, “Eikhah?” “What made you do it?” The first step is understanding.

Panic and pitfall are our lot, Death and destruction.
My eyes shed streams of water over the ruin of my poor people. (Eikhah 3:47-48)

And as she spoke, I cried, neither for the first nor the last time that day, as did many colleagues. Cried for what was lost and broken, and cried with the hope that out of this pain might come something better. And that maybe it won’t.

Coming to Lod a week after the destruction had quieted down, once the “shiva” was over, one hardly could tell that anything have taken place. Jewish residents of Lod, and many volunteers from around the country, quickly came to restore the shuls and schools and apartments that had been damaged, financial support flowed in from the world Jewish community, and almost everything looks back to normal.

But the community left one apartment unrepaired. It was an apartment of Jewish residents who were evacuated during the riots. Upstairs neighbors — a teenager and twentysomething — heard incredible and frightening noises coming from below, and the apartment was looted, destroyed and burned. The stench of ash was overwhelming. The physical sight was devastating. The fact that it happened was beyond belief. Had I not seen it with my eyes, I couldn’t have imagined it to be true.

Eikhah has no answer in the megillah itself. We rarely have answers to staggering tragedy.

The only kinds of answers in those moments are answers to a different question: When it’s time to get up from shiva, can I go on? How do I not let this crisis crush me?

To this question, we found answers.

The first was at Maoz, our first stop in Lod. Maoz is a fascinating social change and shared society promotion organization that believes living together across difference depends on networks and trust. So they have a network of over 750 leaders from around the country, and they build relationships. We met with some of those leaders, mostly Arab (the ones with whom we met), and they and their work were inspiring. One runs an organization in Arab villages engaging youth in volunteerism to develop them and give them skills and empowerment. Another works on developing civil society. A third trains teachers to integrate awareness of Arab culture and advocates for Arabic language education in the Israeli school system. A fourth works with Bedouin youth to make sure they don’t slip through the cracks in Israeli society.

Much of their work was strengthened in the wake of the Or Commission over 20 years ago, a government commission which found multi-sector significant inequalities between Arab and Jewish citizens of Israel and led to greater government investment in the Arab community. Each of these presenters was crushed and apologetic about the last weeks’ events. Doubly crushed because of the proximity of this breakdown to a moment of promise just weeks before for them – the possibility that an Arab party would be a part of the government coalition. To go from that moment of potential to this was just too much. Their response, as they moved out of the most raw feelings, was to double down and recommit to their work. Giving up wasn’t on the list of possibilities.

So it was for Fatem, too, who just kept saying, “I am here. We must deal with this, and we must keep trying.”

And so it was for Michal, who literally heard her upstairs neighbors shouting to rioters below which cars were Jewish-owned, including her own, to burn them. Her neighbors, with whom she had been praying in the stairwell moments before (because the warning siren for rockets from Hamas in Gaza had just gone off and there was no safe room in the apartment itself since it was an old building) — their son was burning her car.

Amid all the burning down and destruction, Fatem, Yuval, Michal and others have chosen to take something from the inferno and try to convert it to the light of togetherness and warmth. They don’t know if they will succeed, but shiva ended, time has passed, and and they feel they are compelled to try. 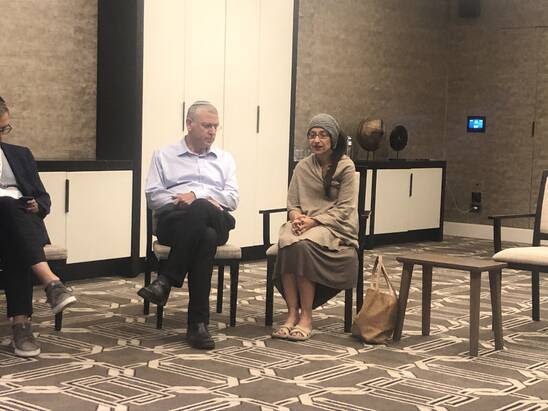 In our closing session with Rav Benny Lau and with Rabbi Tamar Elad-Appelbaum, Rabbi Tamar, too, spoke about multi-level national mourning. For COVID-19. For the attacks from Hamas and all the loss of life. And for the breakdown of the dream of coexistence. And she reminded us that rebuilding begins the way creation begins, with light. But that light is not the blinding sun in moments like these. It is the light of a firefly. Fragile, flickering, inconsistent. Not even enough to see by. But light nonetheless.

Everyone we spoke to was mourning. Asking “Eikhah?” And was radiating a tiny beam of light.

About the Author
Steven Exler serves as senior rabbi of the Hebrew Institute of Riverdale – The Bayit, a large and open Orthodox synagogue in the Bronx. His ordination is from Yeshivat Chovevei Torah Rabbinical School, where he was a Wexner Graduate Fellow.
Related Topics
Related Posts
Comments
Advertisement