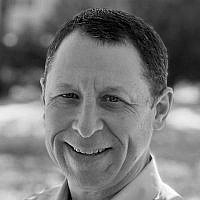 The Blogs
Michael Kohler
Apply for a Blog
Advertisement
Please note that the posts on The Blogs are contributed by third parties. The opinions, facts and any media content in them are presented solely by the authors, and neither The Times of Israel nor its partners assume any responsibility for them. Please contact us in case of abuse. In case of abuse,
Report this post.

Two news organizations released reports today regarding the tragic death of Al Jazeera reporter Shireen Abu Akleh on May 11 in Jenin.  One, entitled, “Review suggests Israeli fire killed reporter, no final word,” by the Associated Press presents an objective review of various scenarios, scientific evidence and witness accounts that, “lend[] support to assertions” Abu Akleh was killed by Israeli gunfire.  While tragically that conclusion may in fact be correct, a conclusive answer, the AP reports remains elusive as the Palestinians have refused to share crucial evidence (the bullet) with Israeli investigators.  And, while some have called for an FBI or other third-party investigation into the incident, “in the end, it could prove impossible to know exactly what happened,” says the AP.

Not so according to CNN.  According to CNN, “New evidence suggests Shireen Abu Akleh was killed in targeted attack by Israeli forces.”   That’s correct. CNN professes their own investigation, “offers new evidence…that Abu Akleh was shot dead in a targeted attack by Israeli forces.”  This report must be called out not just because of its unsubstantiated jump-to-conclusion that Abu Akleh was “targeted,” but because it is this type of sensational, un-balanced reporting that only serves to flame an already tense and tragic situation and will lead to further mistrust and violence.

Like the AP report, CNN discusses witness testimony, GPS-mapping technology, the observations of an audio forensic analyst and explosive weapons expert to reach its conclusion that it is likely the fatal bullet came from an Israeli gun.  The Israelis have even said so much (though they seek to examine the fatal bullet for conclusive proof) asserting it is quite possible they fired the fatal shot.  Assuming it is true an Israeli soldier did kill Abu Akleh, what support does CNN have to irresponsibly conclude she was, “killed in a targeted attack?”  Is CNN really suggesting that an Israeli soldier (or worse, at the direction of his superiors?) intentionally targeted, with the intent to kill, an innocent, civilian member of the press?

Such an idea is preposterous, and an IDF official, speaking anonymously to CNN, stated as such, asserting, [i]n no way would the IDF ever target a civilian, especially a member of the press.”  But inexplicably, CNN makes this illogical leap.   Support for the assertion?  None, except the circular reasoning that their investigation suggests an Israeli pulled the trigger, and therefore, it must be true the shot was a “targeted attack.” Irresponsible, unsubstantiated, uncorroborated garbage posing as objective journalism.

Instead of calling the incident what it was – a terrible, unintentional death of an innocent member of the press (by the way, covering Israel’s attempted apprehension of terrorists who in the days and weeks before killed innocent Israelis), the publication of such a biased account sows mistrust of both sides to the conflict and mistrust of the media.  It was bad enough, and not unexpected, for PA President Mahmoud Abbas to immediately after the incident and without evidence accuse Israel of “executing” Abu Akleh, but such unsubstantiated, inflammatory conclusions of a “targeted attack by Israeli forces” have no place in a supposed objective report from a major news organization.

About the Author
Michael Kohler is a synagogue past-president, ardent supporter of Israel and strengthening the relationship between US Jews and Israel, and professionally works as an immigration attorney on Long Island, N.Y.
Related Topics
Related Posts
Comments