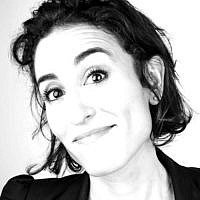 The Blogs
Dvora Am Shalem
Apply for a Blog
Please note that the posts on The Blogs are contributed by third parties. The opinions, facts and any media content in them are presented solely by the authors, and neither The Times of Israel nor its partners assume any responsibility for them. Please contact us in case of abuse. In case of abuse,
Report this post.

Bibi, the last weeks we saw you spared no efforts in order to make our country move forward. Be it the warming in the relationships with Sudan, the energy you’ve put to bring back our girl Naama Issachar from Russia and the Deal of the Century proposed by Trump Administration at the White House. You were everywhere, on all fronts.

Let’s pursue this dynamic and talk about the reform of last September on medical cannabis.

The Medical Cannabis Agency has decided to change the regulation that has prevailed for a decade. No more word about specific strains, no more grower-patient nexus, no more specific medical investigation but recommendations depending on the pathology to cure. Now, what matter is the ratio CBD/THC, the supply at licensed dispensaries, no matter how long disabled patients should stand in line to have the precious remedy… And worse, the missing part of this regulation is simply just to listening to the patients themselves, the most concerned about it.

The jurisdictional framing through standardization, better regulation, improving the existing processes and making them more robust is essential, but not at the patient’s expense. The work that has been done so far, even if it works for 90% of the patients, let 5.000 people desperate. What about the unusual or extreme cases that don’t fit the new protocol?

The medical cannabis, in the way it was supplied to the 50.000 patients till then, improved their life in such a dramatic manner, that they can’t imagine themselves living without it. We must be sure that no one is left on the side on the road. But this is the opposite that has happened since a couple of months. Sufferings, pains, disability to go to work for some of the patients who had eventually found a way to cope with their pathology with medical cannabis. Shortages are simply catastrophic.

It is the responsibility of the State of Israel to ensure the right of unrestricted access and continuity to medical care, to improve the lives of our weakest, whose cannabis-based medic salvation has been removed from the market. The State of Israel must insure all its citizens and particularly the more vulnerable ones the right to be cared with dignity.

That, it is for the sanitary and human perspective.

From an economical point of view, you are very aware of the vibrant medical cannabis ecosystem in Israel: research, startups, investors… It is a nonsense to stop them in the momentum. It is an absurdity to prevent people from working freely on such an important activity. Listening to people who work in the field, they all say that the details of this reform are bad, and it must be fixed rapidly in order to foster Israel to thrive in this industry.

The same way you empowered the Cyber Security sector in Israel, you can also make it for the medical cannabis. Make Israel a definitive superpower in this field.
So, before the next run of elections, dive into it, make a significant step to make the difference. At least to repair the new regulation and let people work and be cured.

For sure all the thousands of industry players and tens of thousand of patients will be grateful in the ballots.

About the Author
Dvora made Alyah from France in 2018. With an engineering background she worked in the Automotive and Cosmetics industry until she moved to Israel, where she realized that doors are opened to professional renewals. She developed a passion for the virtues of cannabis, a plant so badly criminalized and so underestimated. With her hubby co-founder they launched a platform that collects news at the crossroad of Israel and cannabis ecosystem. And she will share her analysis about this vibrant environment.
Related Topics
Related Posts
Comments