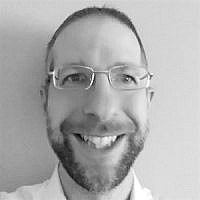 The Blogs
Peretz Teller
Apply for a Blog
Advertisement
Please note that the posts on The Blogs are contributed by third parties. The opinions, facts and any media content in them are presented solely by the authors, and neither The Times of Israel nor its partners assume any responsibility for them. Please contact us in case of abuse. In case of abuse,
Report this post.

What I discovered after eye witnessing the non stop trucks loaded with building materials to Aza (Gaza) is that Israel is in business partnership with Hamas.  It is on the highest levels that Israel supplies it’s enemy and Hamas controls the Strip.   So it’s a partnership, a business one that is making both sides very wealthy.

EVERY BOMB IS A NEW OPPORTUNITY TO MAKE MORE MONEY

I sat in rage watching Israel burn and I thought why do they bomb empty buildings?  Are they afraid of Hamas?    Are they afraid of the world?   What is making Israel so fearful they can’t even take care of children with burning kites burning down 1000’s of acres of precious land, laying waste to the state of Israel dunam by dunam.  Then I remembered a few critical facts and my eye witnessing of Erez crossing, where every 10 minutes another truck passed on its way to Aza loaded with building materials, heavy duty trucks, with the heaviest materials a truck can carry.

I remembered that Israeli IDF generals owned the companes that supply Aza with materials from Israel.  This is not treason?  The answer is no, because the entire government of Israel is full of treason so there is no one to denounce treason……and make laws against it, let alone enforce those laws.  There is not one Zionist in the Knesset, who clearly states the entire land of Israel belongs only to the nation of Israel, there is no A, B or C, it’s all ours, and those who are not Zionists must leave or be deported.   Name me one, you cannot.    There is not one member of the treacherous Knesset members that do not allow for ownership of Jordanian or Fatah Arabs over the land of Israel, not one of them invalidate their land ownership or permission to exist on our land.    This indicates that there is not one true Torah adherent in the Knesset let alone a Zionist.

The problem goes deeper.    As Israel burns down, where is the great outcry how ineffective Bibi is?   Why are not weeping at his very presence in the leadership of Israel, as he has brought disaster upon us, do we all fear the government so much that we are afraid to criticize it, even if it means our blood will be spilled on the street or our land burned down?   Are we that afraid to stand up to this treason?

Bibi is too smart to own the companies supplying Aza, the business partnership supercedes all, including the lives of our IDF soldiers.    That is why they refused to give proper bullet proof vests to soldiers on the front line, and a soldier was cut down by a sniper last week.    A life lost.   NOT by incompetence!  NOT by neglect!    But by a consious decision by the highest levels in the IDF to pretend all is well at the border, and to make sure above all the business partnership with Hamas remains, which is why they rush into ceasefires, bomb empty buildings and shoot at the feet of the enemy.   Anything to keep quiet……anything to continue the flow of goods where the generals are making millions.   These are the real policy makers in Israel, that have all the money and all the power, it’s not the USA, it’s not the Knesset, but the silent wealthy IDF Barrons making their money off the blood of the Jewish people.

Bibi is therefore Hamas, since he protects his business partner and watches as Israel burns down and sprays terrorist with water cannons and foul liquids instead of bullets.  Its why soldiers lives are put at risk and will surely die because the show must go own, and that is the reason no other.

Why not Tel Aviv?  When missiles hit Tel Aviv, the source of the political power of Likud, then reluctantly, Bibi was FORCED to go into Aza, and he waited until soldiers were murdered after Hamas emerged from the terror tunnels he knew all about.   People have to start realizing who Bibi really is, and how he would watch not only as our land burn but sit patiently by as we burn as well.    There is no excuse, if your land is burnt you have nothing, you are homeless and your assets are burnt, when a brother is murdered you are left with trauma and it haunts you as long as you live.  This is Bibi, protector of Hamas, his friends business partners.    Bibi is Hamas, Hamas is Bibi.   Wake up Israel.

About the Author
Grew up in NYC. Graduated from Wharton Business School 1995. Moved to Israel in 1997. Went to Yeshiva in 1997, married and has 5 children. Went back to advance my career in the USA in 2006 for nine years and returned again to Israel in 2015.
Comments