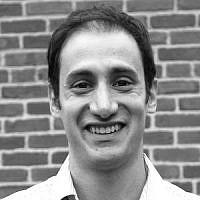 The Blogs
Mike Kalin
Apply for a Blog
Advertisement
Please note that the posts on The Blogs are contributed by third parties. The opinions, facts and any media content in them are presented solely by the authors, and neither The Times of Israel nor its partners assume any responsibility for them. Please contact us in case of abuse. In case of abuse,
Report this post.

The signs of a new school year on American college campuses — lost freshmen, fraternity and sorority parties, pep rallies — are as predictable as the shortening of the last summer days. But there will be a noticeable difference this fall: the Boycott, Divestment, Sanctions (BDS) campaigns that have also become campus fixtures will return more hostile and energized than in the past.

Unfortunately, Prime Minister Benjamin Netanyahu has fueled the fire. Netanyahu’s recent actions on a range of issues, from his March congressional speech on the Iran deal to settlement approvals, have emboldened BDS leaders and other anti-Israel groups. Young Americans increasingly resent Netanyahu for cozying up to a Republican party perceived as hostile to immigrants and other minorities.

Within this context, Israel advocacy organizations shouldn’t expect supporters to rely on traditional talking points that BDS members can easily discredit. Rather than contesting valid criticisms of the Netanyahu coalition, Israel’s advocates should focus their energies on combatting the primary goal of the BDS movement — the delegitimization of the state of Israel.

Supporters of Israel will have increasing difficulty convincing BDS members, already predisposed to demonizing Netanyahu, about the current government’s commitment to a two-state solution. When Netanyahu quickly rescinded his campaign pledge that there would be no Palestinian state on his watch, some observers gave him the benefit of the doubt. But his recent UN appointment of Danny Danon, a fierce opponent of two-state proposals, appears to validate Netanyahu’s critics. Advocates of Israel will have trouble gaining credibility on campuses if they don’t acknowledge the unsettling symbolism of Danon’s appointment.

Critics of BDS on campus will also struggle to counter the claim that the growing influence of the religious right in Israel has led to indefensible settlement policies. Last April, in the midst of peace talks with the Palestinians, 700 new Jerusalem housing units outside of the Green Line were announced. The move was praised by Naftali Bennett of the Jewish Home party, whose Orthodox members call for annexation of significant parts of the West Bank. Under the tenure of the Jewish Home’s Uri Ariel, the number of West Bank housing settlements more than doubled in 2013. Israel’s supporters on campus will appear disingenuous if they downplay the toxic nature of these policy decisions.

Only by conceding these BDS claims will Israel’s advocates earn the legitimacy to explain that BDS is not about expelling Netanyahu from office — it is about expelling Israel from the community of nations. A declaration by Omar Barghouti, a founding member of the BDS movement, reveals the essence of the campaign: “We are witnessing the rapid demise of Zionism, and nothing can be done to save it, for Zionism is intent on killing itself. I, for one, support euthanasia,” Barghouti proclaimed in the movement’s formative years. Barghouti openly admits that the BDS movement won’t be satisfied with any political outcome other than the elimination of Israel as a Jewish state.

This fixation on Israel in a region home to the most vicious human rights violators in the world is the point that critics of BDS on campuses must unequivocally rebuke. Iran, a theocracy that will likely soon secure the reduction of international economic sanctions, has already executed almost 700 people this year with little to no due process. In Saudi Arabia, one of the US’s closest allies, women cannot leave the home without a male chaperone. And Egypt, a country that receives over a billion dollars in US military aid, just passed a counterterrorism law that will make it even easier to justify executing dissidents who protest President Abdel Fattah al-Sissi’s tyrannical policies. Critics of BDS must unmask the utter hypocrisy of those who wish to cripple Israel, the one country in the Middle East with freedom and protection of women and minority groups.

Some pro-Israel organizations will shun an anti-BDS strategy that encourages supporters to focus mainly on the depravity of other regimes, rather than on the merits of the Israeli government. Two points deserve mentioning. First, Israel advocacy groups will have trouble recruiting students to sing the praises of an Israeli government that the recruits themselves don’t endorse. Second, American college students may be naive and ill-informed but they aren’t stupid. Lauding the virtues of the right-wing Netanyahu coalition will only alienate potential student allies who may otherwise sympathize with anti-BDS arguments.

The BDS movement is a serious threat to Israel, as both the Israeli and American governments acknowledge. Advocates should keep in mind that it’s easy to stand up for Israel when the country lives up to its ideals. Yet it’s when BDS groups exploit the government’s flaws to advance a shameful political agenda that defending Israel is imperative. College students across the US will soon attend back-to-school activity fairs — the BDS table must not become the most popular one on campus.

About the Author
Mike Kalin is a former Netivot Fellow in Jewish Leadership at Harvard College and a Pforzheimer Fellow in the School Leadership program at the Harvard Graduate School of Education. He is a contributor at Cognoscenti, the opinion page of Boston NPR's news station. Mike teaches History and English at Noble and Greenough School in Dedham, Massachusetts.
Related Topics
Related Posts
Mike Kalin
Comments