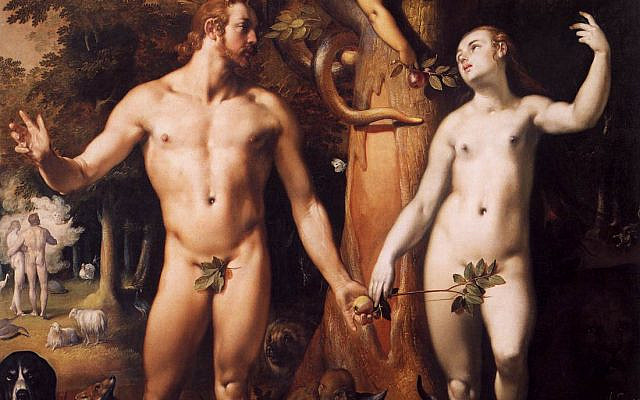 Whether the story is a poetic description of human nature or literal, whether you believe in it or not, if you read with an open introspective eye you might learn something.

I would like in this article to swing by some highlights and connect them with the story of Adam in the Bible.

In these days of hardship the world is going through, people’s sympathetic hearts are moaning and the eyes torn apart, witnessing racism and violence with recurring events, in the hope that George Floyd’s death which was preceded by the killing of Ahmaud Arbery in sight of cameras, will be the last of its kind.

Demonstrations are plaguing most of the United States. Although people entered their homes for fear of COVID19 infection, racism, another contagious disease, moved to Jerusalem, where Israeli police killed an autistic man. This disease provoked an allergy that made thousands feel itchy to protest.

Haphazardly, just like the Corona Pandemic, millions united single-heartedly for the demonstrations to be international, reaching France, England, and elsewhere.

Although some rejected the protests and talked about irrelevant topics, rather than being sympathetic and focusing on the core of the problem, they added insult to the injury, adding fuel to the fire. It bears explanation, but not a justification for the riots taking place among the demonstrations.

The river of change remains a small stream that didn’t carve its way in the ground, yet as long as on the right side of the river, some people still don’t give the needed acknowledgment, and on the opposing bank of the river some indignant people are scapegoating a group of people instead of rejecting racism, and by that the victims become the image of the criminal they always hated.

Supposedly, the engagement of white people among other ethnic groups in the protests against white supremacy, and police brutality, must serve to alleviate the sharpness of targeting white policemen, or accuse Christians, just because President Trump raised a Bible, instead of concentrating more on the system and the policies.

But what was deplorable is devaluing other minorities like Jews, whether they were fortunate or less privileged as black Jews. since Jewish synagogues and kosher stores were rocked, vandalized, and looted in Los Angeles like Congregation Kehilas Yaakov in the uptown Los Angeles neighborhood of Fairfax, and other synagogues and Jewish properties were vandalized with racist graffiti.

Some attribute this to the training exchange agreement between Israel and the U.S. Amnesty International connects the violation of human rights and police brutality in both countries, I to the military aid given to Israel from US taxpayers.

It’s worth noting that several Jewish organizations among individuals and religious Jewish groups stated their support for the Black Lives Matter movement and the recent protests, such as JStreet, IfNotNow, and Jewish Community Relations Council. The scene of Jewish engagement in the demonstrations in New York was heartwarming.

Going back to Adam’s story, it appears from the conversation Adam had with the LORD that Adam wasn’t there to welcome G-d with joy. and when G-d gently asked Adam where is he,? Adam replied: “I heard the sound of you in the garden, and I was afraid because I was naked, and I hid myself.” Then G-d gracefully started addressing questions, not assigning blame and condemnation. because the goal was to address the source of this knowledge.

Plainly Adam tried by himself to acquire this piece of knowledge, instead of relying on G-d as a source of the pure needed knowledge, so the man started to have an impure look at things, started to feel ashamed, hiding, afraid, separating himself from G-d, and from his relations (the Woman). These are the results of fear, as he blamed himself, then accused God and his only partner the Woman) when he said: “The woman you put here with me, she gave me some fruit from the tree, and I ate it.”

This pattern can show us how fears can sabotage coherence between someone’s spirit, soul, and body, and the domino effect of these consequences on relations and other aspects of life. One more time G-d graciously asked the woman, who in turn blamed the serpent.

It’s evident that the human, especially Adam, does not want to bear responsibility for his resultant actions, which is the first step in solving the problem.

A point can be made here: it’s easy to blame it on other things or people, which can be a relief for a while, like the circumstances, enemies of the light, privileged people, even the political regimes which people are trying to fix through the same channels made by the same regimes, resulting protesters to be trapped again with the same system.

Admission is the woody nightshade.

Looking for the best answer can look catchy, like why is this happening? Who is behind this, while asking, what is my responsibility, is the bittersweet pill that heals.

“Antisemitism,” whether we agree or not with this term, points at one of the infinite terms being used on multiple sides such as Blackophobia, Homophobia, Islamophobia.

Manifestly, we live in a world full of fears and phobias that we try to hide by violence. To the level that a journalist blamed Palestinians and accused the Palestinian owner of cup food because one of his employees called the cops, which is what led to George Floyd’s death. Then the demonstrations followed. Just because the owner is Palestinian. So, one can start a new term, such as Antipalestinianism, or Palestinophobia. Names vary but fear is one, reasons vary but the cure is faith, faith not in global themes, for how can we expect justice from the unjust judge?

While reading these clear as day verses:

“When I refused to confess my sin, my whole body wasted away…”

“Whoever hides his transgressions will not succeed, but whoever confesses and forsakes them will find mercy.”

“When anyone becomes aware that they are guilty in any of these matters, they must confess in what way they have sinned.”

I felt this famous saying of Hillel the Elder completed the circle:

The question I want to leave with you is: What do you truly desire?