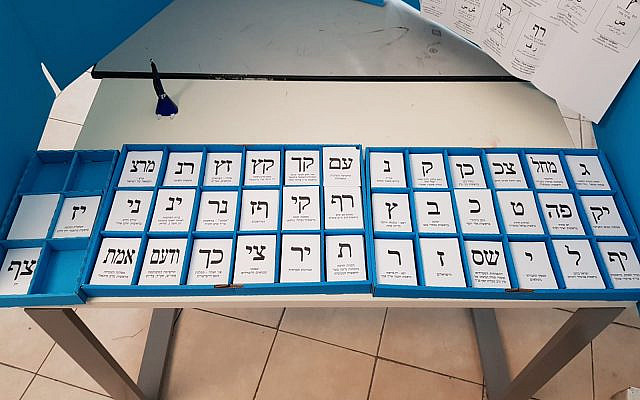 Now that the Gaza conflict has concluded, at least for now, we return to the political rhetoric, the name-calling and would you believe, the news networks are releasing fresh polls, as if election fever is once again in the air.

Yair Lapid has until Wednesday to form a government or his mandate to attain 61 seats expires. Lapid could ask the President for an extension of two weeks, which is permitted under Israeli law.

However, Reuven Rivlin is only likely to grant such a request if the Yesh Atid leader can prove he is very close to cobbling together a functioning coalition.

But the simple arithmetic is not there and even Lapid acknowledged last Monday, “It would be a difficult task given the parliamentary math.”

In addition, the secret ballot for the two presidential candidates, will take place in the Knesset plenum on Wednesday. Jewish Agency chairman, Isaac Herzog and Israel prize-winning educator, Miriam Peretz are the only two candidates whilst the 120 Knesset Members will vote in the plenum. We will know by the end of the day the result and President Reuven Rivlin’s seven-year term ends on 9 July.

The coalition agreement between Yesh Atid and Blue and White have been fully agreed, as has the deal with Yesh Atid and Yisrael Beteinu and with Labor.

Avigdor Liberman will become Finance Minister and the party will also receive the Negev and Galilee Development Ministry and a third, unnamed cabinet post. Crucially, Yisrael Beteinu was handed the powerful chairmanship of the Knesset Finance Committee, which wields sweeping powers over the state budget.

Some analysts noted that Meretz’s number 3 Yair Golan was not on the list of proposed cabinet posts as a nod to Yamina leader Naftali Bennett, without whom Lapid will not be able to form a coalition.

But to reach the required majority, Lapid must include all of the left and center parties along with right-wing factions of Yamina and New Hope and at least one of the Arab parties.

All the parties state they are doing everything possible to avoid a fifth election, but they said that after the first election in April 2019 and new we are hearing the same rhetoric between party leaders, as we heard before the latest round of rockets into Israel.

Naftali Bennett sharply criticised Netanyahu for his handling of the campaign against Hamas. Writing on Facebook, he said “I do not remember such a period of weakness, lack of functioning and national embarrassment. Apparently, there’s nothing to be surprised about. The writing was on the wall.”

The attack also included Netanyahu’s handling of the Covid crisis, the tragedy at Meron, the internal strife between Israeli Arabs and Jews and his political appointments.

“Netanyahu appoints mediocre people, who in turn appoint mediocre people. A crooked decision-making process dictated by personal and political considerations. And all this while creating a smokescreen of cult of personality for a leader, whereby anyone who dares to criticize him is severely attacked.”

Not to be outdone by Bennett, Yair Lapid also jumped in on the publicity opportunity, by saying that the Prime Minister did “a terrible job” on the response to Hamas in Gaza, although he praised the IDF.

But both failed to mention Defence Minister Benny Gantz, who of course Lapid and Bennett need, in order to have a chance of forming a “change” government.

Bennett backed out of coalition talks with Lapid two weeks ago as the fighting with Hamas was underway, but he has met with the Yesh Atid leader several times since the Gaza war ended.

However it is widely believed that Bennett is simply urging both Gideon Sa’ar and Benny Gantz’s parties to join with Netanyahu to avoid a fifth election, as both the Pro-Netanyahu and Pro-Change blocs, clearly do not have a majority without the Arabs.

After two and a half years of four elections, no budget, the State of Israel under attack and politicians playing it safe by living from poll survey to poll survey, we all appear to be in denial that this is a time of emergency.

Sections of the public have become addicted to the left-right-secular-religious sectoral approach. They fail to notice who out there is the real enemy. It’s not Bibi Netanyahu who has strong support in the country and his Likud party beat its nearest rival by 13 seats. The enemy is Hamas, Palestinian Islamic Jihad, Hezbollah, Iran and right now, world opinion.

This is not the time to say, “I will never sit with Netanyahu”. Let the court decide his legal matters and create a functioning government.

As Bennett concluded on his Facebook page, “Whoever drags the country to a fifth election, to more poison and hatred, to another year of state dysfunction, to a huge waste of money – plays into the hands of those who do not want what is good for us.”

• Jewish Agency Chairman, Isaac Herzog has taken a leave of absence from his post until after the election. If Herzog is elected President, a 10-member selection committee, chosen by the Agency’s Board of Governors, will choose a successor. The support of 9 of the 10 members would be needed to approve a candidate, following the confirmation of the full board.

• Meanwhile the polls showed a rise in support for Yesh Atid, Blue and White and the Religious Zionists. Those parties that fell in the polls are Likud by 1 seat, Shas, UTJ, Yamina, Yisrael Beteinu, Joint List and Meretz. Labor and New Hope remained the same and Ra’am failed to cross the line. The overall result – another stalemate and a sixth election.