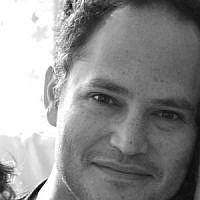 It has often been stated that the first casualty of war is truth. When it comes to the Arab-Islamist genocidal war against Israel, big lies are at the very center of the conflict and continue blocking any prospects for genuine peace. The big lie strategy against Israel is especially effective today, when emotive “narratives” are given preference to inconvenient facts.

Israel’s Middle Eastern enemies came out as top of their class as graduates of Nazi and Communist ideologies, which perfected the art of lying. The dedicated Nazi and former Jerusalem mufti al-Husseini, his successors Arafat and Abbas and many other despotic enemies of Israel, have followed the Nazi and Communist dictum to spread big lies and repeat them until they are accepted as “truths”. However, Nazism and Communism do not have monopoly on lying. The Muslim doctrine Al-taqiyya permits under certain circumstances lies and deception towards non-Muslims if it furthers the cause of Islam. The whole Oslo-process was one long and bloody taqiyya by Arafat against Israel and gullible Westerners. The current Orwellian big lie strategy against Israel turns reality upside down with a fervor, which would have made Nazi propaganda puppet master Goebbels proud.

In this fictitious parallel universe Jews become “occupiers” in their ancestral homeland, whereas Arab-Islamist imperialism is presented as “occupied Palestine”. In an ironic twist of history, the name “Palestine” which was one foreign empire’s term for occupied Judea, has become another foreign empire’s term for a never-never land “occupied” by the descendants of Judea. Israel, which has always supported territorial compromises for genuine peace, is still demonized as the “enemy of peace”. Unsurprisingly Israel’s Arab adversaries, which have rejected every peaceful two-state solution since the Peel commission 1937, are falsely presented as the “grieving” side.

Despite his smart suits and supposedly “moderate” façade, the Holocaust denier Abbas repeats the false anti-Jewish incitement of al-Husseini and the Egyptian arch-terrorist Arafat that Jews “threaten” the al-Aqsa mosque. The Arab League reacted to the current Arab-Islamist anti-Jewish onslaught by labeling Israel’s self-defense as “aggression” and “racism”. This Orwellian statement is directly taken from the Nazi and Communist playbooks, which systematically inverted reality by presenting their anti-Jewish attacks as “self-defense” and the Jewish defensive response as “aggression”. Israel’s pyromaniac enemies are hypocritically asking the world community to intervene and extinguish their own racist fires.

Lies have always fueled the 2500-year long war against the Jewish people, which culminated with the Holocaust but was not extinguished in Auschwitz. Every massacre and pogrom against Jews throughout history was preceded by hateful propaganda lies demonizing Jews and thereby preparing the groundwork for rationalizing and legitimizing the murder of Jews.

It was the demonization of the Jewish people as “Christ-killers” and “sub-humans”, which paved the path to Auschwitz. Style rather than content distinguishes post-Christian BBC’s anti-Israel incitement and perversion of truth from Neo-Islamist Al-Jazeera’s vile propaganda lies. The demonization of Jews as “enemies of Islam” and “sons of apes and pigs”, is echoed today across the Middle East as well as in the radical Muslim ghettos of Europe. The big lie strategy has duped many well-meaning observers in believing that the conflict is about territory rather than the very existence of a resurrected Jewish homeland.

The killing fields of yesterday’s Europe and today’s Middle East testify that while the Jewish people has often been the first target of hateful lies, it rarely remains the only target. The anti-Jewish lies are in fact very corrosive for the societies that produce them. What starts with the Jews does not end with the Jews and big lies continue threatening the very foundation of human coexistence in the 21st century. Rejecting anti-Jewish lies and bigotry is increasingly becoming an imperative for universal self-preservation.

About the Author
Daniel Robert Krygier is a writer and a political analyst. He lives in Israel.
Comments