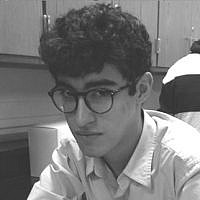 The Blogs
Melvin Davila Martinez
Apply for a Blog
Please note that the posts on The Blogs are contributed by third parties. The opinions, facts and any media content in them are presented solely by the authors, and neither The Times of Israel nor its partners assume any responsibility for them. Please contact us in case of abuse. In case of abuse,
Report this post.

Alex Epstein, author of The Moral Case for Fossil Fuels and founder of the Center for Industrial Progress, is perhaps the most philosophic, as well as among the most prominent, of American advocates of pro-free market energy liberation. Bill Nye, science communicator and host of Netflix series Bill Nye Saves the World, is perhaps the most visible spokesperson in popular media of what appears to be the received scientific view concerning the putative catastrophic risk human-caused climate change may incur, namely that dependence upon non-“renewable” energies will exacerbate the rate and intensity of anthropogenic climate change, so if reducing the rate and intensity of anthropogenic climate change is a worthwhile goal (which Nye holds it is), public policy that is both pro-“renewable” energy and anti-carbon-intensive energy would be worthwhile.

Epstein has publicly challenged Nye to a public debate:

.@BillNye will you debate me at a major university on the morality of fossil fuels? I'll handle all the logistics.

About the Author
Melvin Davila Martinez is based in Orem, UT. He is an undergraduate philosophy student at Utah Valley University.
Comments