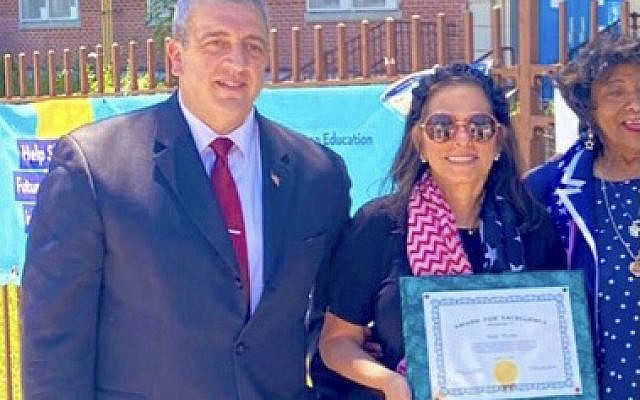 Pepitone is a name of New York like Mantle, Seaver and Trump.

New Yorkers, particularly Jews in the five boroughs, are overwhelmingly not united with their political party’s choices for candidate for mayor.

Meet Bill Pepitone, nephew of former Yankee Joe Pepitone. Pepitone is a former NYPD officer with ideas to bring New York City back from the “brink.” The 53-year-old is running on the Conservative Party line, which means everyone can vote for him in the November general election.

According to Pepitone, “I don’t believe there are any favorites. Those running come with a lot of baggage.” He adds, based on the fact that my party did not endorse the Republican choices and that the Democrats are not united on one candidate, we can make a difference this year. Also, record numbers from both parties changed their registration to the Conservative Party.

Pepitone is the only Pro-Trump candidate, which is crucial in regard to safety, the economy and education. He wants a return to quality-of-life as he plans an agenda to run the five boroughs.

As a NYC Police Officer, he protected Jewish Orthodox residents in Williamsburg, Borough Park, Crown Heights and Midwood for 15 years. He was on the front lines for three days and nights during the 1991Crown Heights riots. He has and always will stand with our Jewish community.

Pepitone does not agree with the recent video shared internationally where Curtis Sliwa expressed disdain for Jews who donate to political candidates. And then Sliwa derided “able-bodied men who study Torah and Talmud all day while “all they do is make babies like there’s no tomorrow.”

According to Sliwa on the tape, “Such Jews” he said, “don’t vote like “normal Americans,” and have the audacity to access educational funding for their schools to which they are entitled.

But now, Sliwa says in a new video that he’s not an anti-Semite and even his two sons were raised Jewish. According to Agudath Israel of America, like all New Yorkers of goodwill, the organization is outraged at current mayoral candidate Curtis Sliwa’s recently publicized rant against Hassidic Jews. Their outrage is accompanied by great surprise, considering how Mr. Sliwa and the Guardian Angels group he founded have shown great concern for the safety of Jews.

Curtis never bothered apologizing for his remarks according to their follow-up press release.

Democrats have other issues. While Eric Adam’s is favored at this point to be the Democratic candidate, we will find out in a couple of weeks if he is their candidate. Adam’s campaigning for the Jewish vote goes back several years. The Brooklyn Borough President has had to answer his past remarks as well.

Is Eric Adams a supporter of Louis Farrakhan? He says today that he isn’t. But that wasn’t the case in the 1990s. The Brooklyn borough president has helped paint Black Lives Matter murals around the city, and has joined marches and bike rides against racism. When Adams spoke recently about retiring in Israel, he was asked what part of Israel he would choose. Adams said with a laugh, “In the Golan Heights.” This remark was questioned by several Jewish leaders.

He was born and raised in Brooklyn. He is a Xaverian High School graduate. Divorced, Pepitone is the proud father of three daughters, the oldest is in law enforcement. He is an animal lover and supporter, and misses Rambo, his beloved German Shepherd.