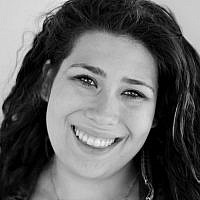 The Blogs
Alli Penfil
Apply for a Blog
Please note that the posts on The Blogs are contributed by third parties. The opinions, facts and any media content in them are presented solely by the authors, and neither The Times of Israel nor its partners assume any responsibility for them. Please contact us in case of abuse. In case of abuse,
Report this post.

I am pro-choice, anti-gun, and believe in closing the wage gap. And I am pro-Israel.

I hate Obamacare, identify with conservative foreign policy, and I believe that welfare is a privilege, not a right. And I am a Zionist.

I support raising the minimum wage, lowering the cost of education, and ensuring LGBTQ rights. And I am making aliyah.

I believe that America is a country of immigrants that should accept everyone and anyone who wants to achieve the “American Dream.” But I also recognize the unfortunate and heart-wrenching reality of the dangers of allowing everyone into this country. And I am joining the IDF.

My liberal friends tell me I’m right wing, and my conservative friends tell me I’m left wing. I have been accused from people on both sides of the aisle of being a “one issue voter.” I tell people (now that gay marriage is legal) that there are three “deal-breakers” for me when I vote: 1) a woman’s reproductive rights, 2) minority rights/equality, and 3) Israel.

For the longest time, my “deal-breakers” did not conflict with one another. Israel was a bipartisan issue, and I aligned more closely with the ideals of the Democratic Party. I’ve noticed the slow shift in policy, but I was always hopeful it would die out. I was hopeful that being anti-Israel would not become a liberal cause. Turns out on the eve of the first presidential election I can vote in, I was too optimistic.

Jews in America don’t want to face this harsh reality. To be honest, it sucks, and I don’t want to face it either. Most of us identify as Democrats because we too are a minority. During our most dire state in recent history, America placed a quota on the number of Jews allowed to immigrate here. We were once barred from public restaurants and country clubs and have been the victims of discrimination since our birth. As Jews, many of us feel that it is our duty and obligation to “root for the little guy.” I agree. Nobody should feel less than, because of who they are inherently. Everyone should have equal rights and opportunities.

But as Jews, we also have a second obligation. Some say it is more important, I say it is equally as important. Kol yisrael arevim zeh la zeh, all of Israel is responsible for one another, a core aspect of our religion. We are responsible not only for Jews in this country, but also around the world. Israel is the place for all Jews to go and feel at home. As Jews, we are responsible for Israel. As Americans, we are responsible for the American-Israeli relationship. As both, we are ignoring the fact that the Democratic Party is not becoming pro-Palestinian, they are becoming anti-Israel. We are ignoring it because we don’t want it to be true, and because it just doesn’t make any logical sense. But I’m afraid if we ignore it for too long, it will be too late.

So how do we fix it? To be honest, I don’t know. But what I do know is that as a Jew, I cannot rightly vote for either major party candidate in this election. Israel is too high of a priority for me to ignore. Many think Israel will be there no matter what America does, but this is no excuse for the current situation. Israel has always been, and will always be an important issue to Jewish-American voters, and I need a president that will keep both my homes safe.

About the Author
Alli is from the Philadelphia suburbs and is currently majoring in Political Science with a concentration in Global and International Affairs. She is currently a StandWithUs Emerson Fellow at Binghamton University.
Related Topics
Related Posts
Comments