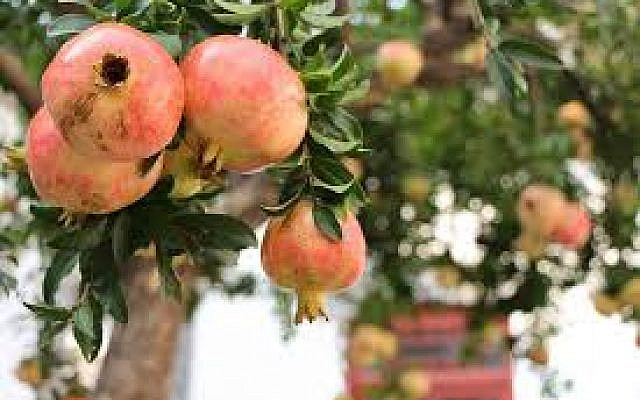 This upcoming week is a little-known holiday called Tu B’Shevat (the 15th of the month of Shevat). The Mishna (Rosh Hashanah 1:1) says that Tu B’Shevat is the Rosh Hashanah (New Year) for Trees. This means that Tu B’Shevat is the halachic cut-off date for delineating between one year’s fruits and the next. In honor of the significance of this holiday and its connection to trees we will explore two Hebrew words which mean tree: “eitz” and “ilan”.

We might be familiar with the word eitz and its various forms from the Bible: eitz ha’daat (the Tree of Knowledge), eitz ha’Chaim (the Tree of Life), atzei Shittim (Shittim wood), atzei Levanah (Lebanon wood), and the like. There is, however, another word for tree: ilan. We have already shown over and over again that no two words in the Hebrew language mean exactly the same. So then why are there two words for “tree” and what is the difference between those two words?

Rabbi Shlomo Pappenheim of Breslau (1740-1814) writes that the word eitz is related to the Hebrew word atzum (strong) and etzem (bone), as it denotes the strength and durability of a tree (as opposed to other, flimsy forms of flora, like grass).

The attentive reader might notice that while the word eitz appears countless times in the Bible, the word ilan does not. Rather, the word ilan appears only once in the Bible (Daniel 4:7) and a similar word — ilana (which also means tree) — appears several times in the fourth chapter of Daniel (verses 8, 11, 17, 20, and 23). That chapter, like most of the book of Daniel, is actually written in Aramaic, not in Hebrew. This would suggest that eitz is a Hebrew word, while ilan(a) is an Aramaic word. The latter word constantly appears in the Mishna and other rabbinic writings, leading us to ask why the Sages of the Mishna preferred to use the Aramaic word for tree, instead of the Hebrew one.

To resolve these difficulties, Rabbi Chaim Hirschensohn (1857-1935) explains that while Biblical Hebrew uses the word eitz to mean both a tree and its wood, the Rabbis decided to differentiate between living trees and cut wood by using two different words. To that effect, they took the Aramaic word ilana found in the Bible to mean a living tree, Hebraized it to coin the word ilan, and adopted that neologism as the new word for a live tree. Concomitantly, they narrowed the definition of the Hebrew word eitz to refer only to wood. The advantage of this new linguistic policy was that the Rabbis now had a convenient way of differentiating between a live tree and wood with a simple change in word.

Rabbi Betzalel Stern (1911-1988), the author of Responsa Be’tzel Ha’chachma,wasonce asked whether the traditional formulation of blessings and prayers were phrased according to the grammar and usage of Biblical Hebrew or of Rabbinic Hebrew. He answered this question by citing the Mishna (Berachot 6:1) which rules, “On the fruits of an ilan one blesses borei pri ha’eitz (“He who creates the fruit of the eitz”).” Rabbi Stern explained that although the word for tree in the spoken vernacular was the Aramaic-based ilan, the Mishna nonetheless chose to use the word eitz in the wording of the blessing before eating fruits. To him, this clearly demonstrates that the Rabbis preferred Biblical Hebrew to their own form of Hebrew when deciding on the exact phraseology of blessings.