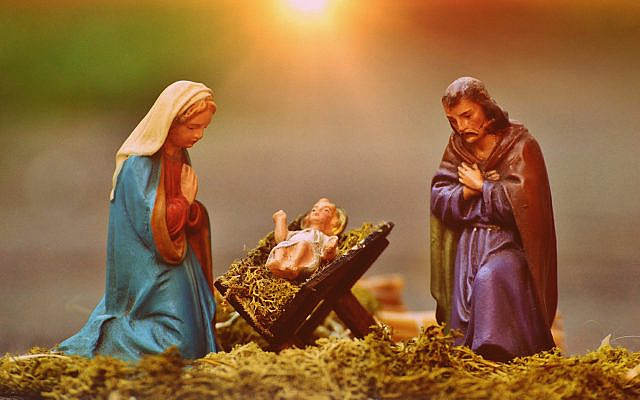 “Archbishop of Canterbury calls to reassess depictions of Jesus as white”

The Archbishop of Canterbury said on Friday that Western churches should reassess portraying Jesus as white, amid a debate over symbols as part of the Black Lives Matter protests.

We must support this important and long overdue work; there is much to be done. However, let us not forget the following corrections to history that must be made if Black Lives are really to Matter.

The Black Death
The Black Death, named for one of its symptoms, blackened lymph nodes.
This will be renamed the White Death for the pale faces of horror-stricken onlookers.

Blackmail
This word is made up of “black” – a play on “white money,” the term for the silver coins with which tenant farmers used to pay their rent and “mail” meaning “tribute, rent” from an old Scandinavian word, “mal” meaning “agreement.”

Unfortunately, “whitemail” is already in use, so we will rename Blackmail as Non-Blackmail

Blacklist
A list of people or things that are unacceptable or untrustworthy and should be excluded or avoided.

Again, “whitelist”, our first preference, is already taken. So, we will make do with “White-inventory”.

Black Sheep
This horrific insult comes from the days when wool from a black sheep was considered less valuable than that of a white sheep. It is now used to describe a strange or disreputable member of a group, often within a family.

From now on, a black sheep will be known as a “sheep of a different colour”.

Black Screen of Death
We have all come across the Black Screen of Death when our computer’s operating systems has, yet again, encountered a critical system error and has shut down.
But, to avoid any unpleasant connotations, we will rename it the “I’ll be leaving you now” screen. Hopefully, Microsoft will not ask for a tip.

Blaggard
From black +‎ guard, this probably originated with the servants at a court, or a nobleman’s house. They wore black uniforms with blacked shoes and boots, and were often stained with soot.

This is an easy one. Let them be known as “Whitegards”.

Blackout
A Blackout means a loss of consciousness, often associated with drug abuse or alcoholic excess. It can also be the result of psychogenic amnesia and dissociative identity disorder.
As we have seen, “white” has already taken the best words, so “whiteout” is out. We will replace the racially sensitive word with “Knockout”.

Black Knight
The black knight is a common figure in literature. They do not display any heraldry to mask their identity and that of their lord. Black knights are usually villainous and use their anonymity to commit crimes. They are often associated with darkness or death.
We will rename these maligned knights Non-White Knights.

The Black Widow Spider
Black widow spiders are highly poisonous. Fortunately, they rarely attack humans unless they are disturbed. Only the bites of the females are a threat to human health.

The obvious new name for a Black Widow is a White Widow, but the Latrodectus pallidus already exists. While nowhere near as toxic as the Black Widow, the White Widow’s bite can kill children and the infirm.

So, we will call these spiders the White Spouseless.

Perhaps, in honour of our black brethren we should now change “Whitewash”.

Whitewash
To Whitewash means “to gloss over or cover up vices, crimes or scandals or to exonerate by means of a perfunctory investigation or through biased presentation of data”

We could have a new word “Blackwash”.

Blackwash
To Blackwash means “to uncover non-existent vices, crimes or scandals or to accuse by means of a perfunctory investigation or through biased presentation of data”.

We started with the Archbishop of Canterbury’s worries that Jesus is too often portrayed as white. We could remind the archbishop that Christians took much of the Jewish religion when they started theirs. Jesus was, in fact, a good Jewish boy. It is time that the many representations of The Last Supper were renamed The First Seder Night as Jesus was celebrating the first night of Passover.

Christianity was only put together as a “new” religion after his death. Some 40 years elapsed before the writing of the first gospel and almost a century until they were completed.

The Romans were well aware that Jesus was a Jew and attached the Latin inscription INRI to his cross – Iesus Nazarenus, Rex Iudaeorum or “Jesus the Nazarene, King of the Jews”. To make sure that everyone got the idea, this was written in three languages: Hebrew, Latin and Greek.

Yes, my dear Archbishop, it is definitely time for a reassessment.