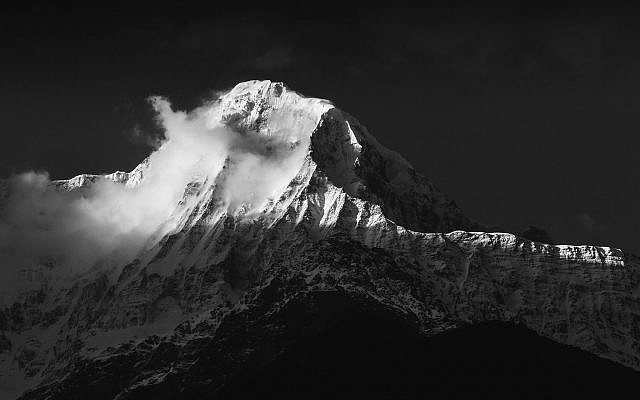 Discrimination! The White is Higher Than The Black (Photo by Balaji Srinivasan from Pexels)

Students at the University of Manchester, who have yet to learn about the realities of life, are demanding that many commonly used phrases that include the word black, such as “black sheep”, “blackmail” and “black market” be removed from lecture slides and books.
They are concerned that the colour, when used as an adjective, is an unwelcome reminder of “colonial history”.

However, experts with somewhat more knowledge than the students have pointed out that these phrases are neither colonial nor racist in origin. They all have perfectly innocuous origins.

We, however, are with the students. In fact, they are not going far enough. We suggest that the entire spectrum of colours needs to be reviewed. We are happy to eat an orange and use that name because of the fruit’s colour, but this reminds us of the Orange Order, a once secret society intended to keep Northern Ireland Protestant at the expense of the Catholic population. Now that the Northern Island question has been “solved”, oranges are out.

Another fruit to be avoided is the banana. Its yellow colour was once used as a metaphor, the Yellow Peril, to represents the peoples of East Asia as an existential danger to the Western world. Yellow conjured up a vision of faceless, nameless hordes of yellow people taking over the Western world.

Many fruits are red, a colour that strikes fear in us all. Yes, the cherry, red currant and loganberry are all fruits to be avoided. We still remember the cries of Better Dead than Red. This Cold War slogan became popular in the United States during the late 1950s. Although British philosopher Bertrand Russell has been credited with this slogan, he said that it came from the “West German friends of peace”. He did not, however, agree with the sentiment and wrote, in 1958, that if “no alternatives remain except Communist domination or extinction of the human race, the former alternative is the lesser of two evils”.  He went on to say “If the Communists conquered the world, it would be very unpleasant for a while, but not forever. But if the human race is wiped out, that is the end.”

An important green vegetable is the cabbage. The unassuming cabbage, with no political ambitions, has taken front stage as a symbol of the Greens. With the future of the planet hanging in the balance we should think of climate change every time we each a spoonful of soggy cabbage.

Very much on the list of fruits to be banned are the blackberry and the black currant. The eggplant, trying to hide its black colour with an absurd name, is most definitely also on the list.

The colour blue is a true villain. We are instantly reminded of the discrimination experienced by our black brethren – ‘There’ll Be Bluebirds Over The White Cliffs of Dover’ sang Vera Lynn in the popular World War II song. Not a blackbird nor a black cliff in sight. Black people are, of course, in good company, bluebirds are native to America and would never be seen anywhere near Dover.

So, you students out there, now you have it in black and white. And if you are wondering, after reading this colourful blog, technically, black and white are not colours.