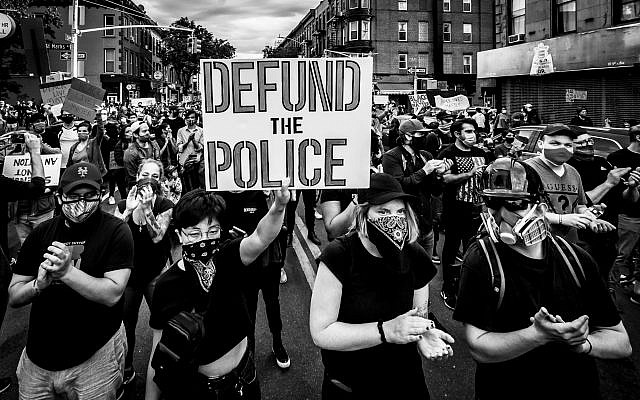 Thousands of protesters filled the streets of Brooklyn in a massive march to demand justice for George Floyd on June 2. Erik McGregor / LightRocket via Getty Images file

On August 6th, 2021, Representative Cori Bush of Missouri’s first congressional district was seen on national television defending her support for “defund the police” while paying for private security for herself. In the interview, the question posed by reporter Vladimir Duthiers, and Bush’s response reads as follows:

Duthiers: Congresswoman, before we let you go, let me ask you about something else. Aside from the moratorium, you faced some criticism in recent weeks over your push to defund the police. Campaign records show that you spent roughly $70,000 on private security and some critics say that move is hypocritical. What’s your response to those critics?

Bush: They would rather I die? You would rather me die? Is that what you want to see? You want to see me die? You know, because that could be the alternative. So either I spent $70,000 on private security over the last few months, and I’m here standing now and able to speak, able to help save 11 million people from being evicted. Or – I could possibly have a death attempt on my life.

The interview, which was mainly centered on the eviction moratorium (which also later featured a staged segment and a fake family in a CNN story), received criticism for being hypocritical, and even dangerous. What one must know is that Corie Bush is merely the tip of the iceberg—the iceberg being Black Lives Matter, and other members of the self proclaimed ‘Squad’ in congress. This iceberg is one that promotes policies that do not represent the Black community, and has the means to shield itself from the consequences of those policies. 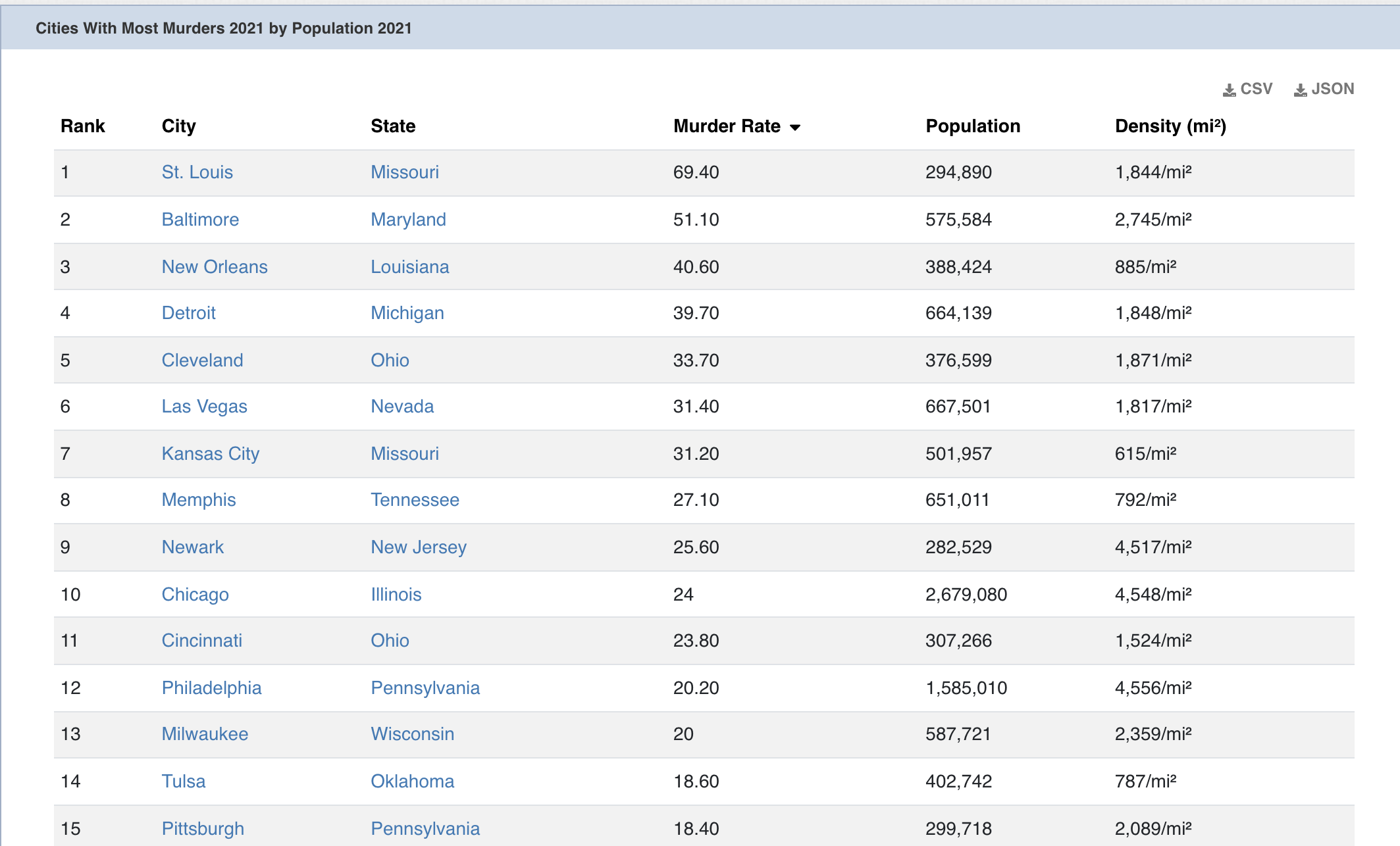 According to a Gallup poll, 81% of Black Americans either want the same police presence or more. This statistic is only surprising to those detached from the community. It is not surprising to those who have lived in these communities; especially those like Congresswoman Bush’s district in St. Louis, which is number 1 in the country for murder. Interestingly enough, a recent Gallup poll cites that 41% of Black Americans rate their interactions with police as negative, while 59% rate positive. This is also not hard to assess for someone connected to the Black communities. Though many Black Americans may have issues with certain police officers, or corruption in certain precincts, most of those same people understand that less police means more danger. This is evidenced by Minneapolis, Minnesota where $8 million was cut from the police budget in 2020, and violent crimes have surged throughout the city at a rate of 21%. Baltimore, Maryland also, whose city council voted to cut $22 million from the police budget in 2020, which was met with a homicide increase of 17%.

One can argue that the 2020 shutdowns contributed to the rise in violent crime, which is valid, but again, a conversation with the people living in these high risk areas will attest to the fact that less police presence also played a big role. To use the former scenario to cancel the latter would be dishonest at best, and at worst, nefarious.

Cori Bush rose to power, defeating incumbent Lacy Clay, and running on an anti-Israel, anti-law enforcement platform. One of her positions is that aid to Israel should stop and be used for homelessness in the US, because, according to Bush, “the same equipment that they used to brutalize us is the same equipment that we send to the Israeli military to police and brutalize Palestinians.” This lie is what has been coined by anti-Israel activists as the Deadly Exchange Campaign, in which a lie is propagated about Israel that it teaches the US how to kill Black people in America. Not only is this not true, it disproportionately focuses on the one Jewish state while US police departments work with many other countries as well. Along with this distortion of the truth, Bush also calls Israel an “apartheid state,” and Jews in Israel “occupiers” of their own indigenous land. Now that she is in Congress, she continues to champion these points and policies while violence in her district grows and her constituents, many of them children, are being killed.

This is the anathema that is Black Lives Matter, and all those who bear the “defund the police” slogan. Not only is the slogan not supported by the vast majority of Black Americans, the implementation of this slogan as policy is actually destroying vulnerable black communities. It was not the police that burned down Pastor Corey Brooks’ Project H.O.O.D. facilities in Chicago. It was not the police that destroyed the black business district in Kenosha, WI in 2020. It was not due to the police that parents of Oakland, CA were mourning the recent murders of their children; that mourning was, however, disrupted by an anti-police group called Antifa, who began shouting down the parents who were speaking to further their anti-police agenda. When speaking of tone-deafness, it is difficult to get much more tone-deaf than disrupting a group of people you claim to support to force your narrative of their oppression onto them. Yet, here we are.

Congresswoman Cori Bush is wildly hypocritical and a danger to the black community for the policies she pushes, but she is not a trailblazer. She is simply carrying out the reckless, anti-Israel agenda set by Black Lives Matter. Not speaking the truth about this matter will result in the deaths of more of the people they purport to protect, while using their wealth and privilege to protect themselves from their own failed and destructive policies.

About the Author
Joshua is the Director of the Institute for Black Solidarity with Israel (IBSI) where he plans events and speaks. He’s a composition graduate of the University of Pacific’s Conservatory of Music. Joshua was formerly IBSI’s Director of Special Events, and planned music performances featuring The Hebrew Project Artists (THP) across the country. Joshua is also a graduate of CUFI’s 2016 Diversity Outreach Mentoring Endeavor (DOME), where he received training in Israel advocacy for diverse audiences. He was chosen to travel to Israel twice; once as part of CUFI’s millennial outreach, Israel Collective, and again as part of a music performance with Victor Styrsky’s Wild Branches & Friends. His other musical endeavors include writing for the Boston Pops, and music directing for other artists. Joshua is also a featured author on a collaborative book called 'Israelophobia and the West: The Hijacking of Civil Discourse on Israel and How to Rescue It' by Jerusalem Center for Public Affairs official, Dan Diker.
Comments