This is the third article in the series “Black and Jewish: Memoir of a Shifting Self” which is being published exclusively in the Blogs of the “Times of Israel.”

The series explores my “Third Culture” which is a combination of African American culture, Jewish culture, Israeli identity, and American identity which includes my service in both the Israel Defense Forces and the United States Army.

This autobiographical series was inspired by Rebecca Walker’s “Black, White, & Jewish: Autobiography of a Shifting Self”.

Introduction to Allah, Islam and the Prophet Muhammad: 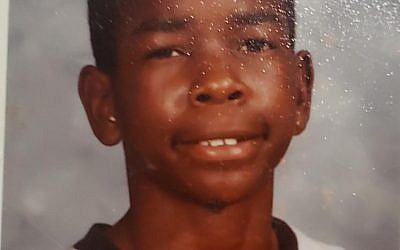 Barack Obama Mandela was raised with Muslim and Christian traditions in Southern California.

“There is no God except Allah. And the Prophet Muhammad is His holy messenger,” I say aloud in 1975 at age four.

“There is no God except Allah. And the Prophet Muhammad is His holy messenger,” I say again following my uncle’s instructions. I recite the Islamic principle of faith known as the Shahada one hundred times over a two-hour period.

“Nephew, you are a Muslim. And you will always be a Muslim,” my uncle declares.

It is the summer of 1975 in East Long Beach, California near Poly High School. My Uncle David is babysitting me while my grandmother is out shopping.

My Uncle David is a convert to Islam. He has taken the Muslim name “Rashid” which means “Rightly Guided”.

My Uncle David teaches me that “Allah” is the one and indivisible, all-powerful, all-knowing, invisible, God who has created all universes and all worlds.

At four years old, I learn that “Allah” is “Rabil Olamim”(Master of All Worlds) and“Maliki Yom Din”(King of the Day of Judgement). According to my Uncle David, the Prophet Muhammad (Peace be Upon Him), is the final messenger of God. I am given the Muslim name “Ali Abdul Al-Wahabi” or “Ali Wahabi“.

Unfortunately, during my early childhood, my Uncle David is wrongfully convicted of a serious crime, and he disappears from my life. After my uncle is imprisoned, my Islamic lessons come to an end. This ends the Islamic phase of my early childhood.

Jesus of Nazareth: Light of the World

“Jesus is the way, the truth, and the life,” shouts Pastor Gore.

“Amen!” and “Hallelujah!” the congregation shouts in loud voices.

According to chapter two of the Book of Acts in the New Testament, Christians are “baptized with the Holy Spirit” and “speak in tongues”.

Pastor Gore explains that God whispers these special words into the ears of the faithful. Church is the place where those who have heard God’s voice then repeat the holy words of God. This is the “holy tongue” and it is a testament to God’s power.

My maternal grandmother, Lulluree, and I attend church four or five times a week. She watches televangelists preachers on television such as Kathryn Kuhlman, Pat Robertson, Jim and Tammy Faye Bakker, Paul and Jan Crouch, PTL (Praise the Lord), the 700 Club, and “I Believe in Miracles”.

After learning both Sunni and Shiite Islam under the teaching of my Uncle David, my grandmother teaches me Pentecostal Christianity filled with gospel music and passionate preachers.

Although I am raised as both a Muslim and a Christian, I am powerfully attracted to Judaism, the Jewish faith, the Jewish People, and the State of Israel.

The Light of Judaism, the State of Israel, and God’s Chosen People 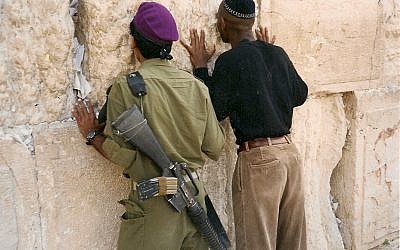 Barack Obama Mandela praying the “Sh’ma Prayer” at the Western Wall (Kotel) with an IDF soldier from the Givati brigade in 1995.

As I read the Book of Exodus (Sefer Shemot), I feel a powerful identification with the Hebrew prophet Moses and the enslaved Hebrew people.

I decide to learn about the Jewish People and the State of Israel. I meet with Gail Green at the San Francisco Jewish Home for the Aged and volunteer for the friendly visitor program. Twice a week for two years, I meet with two elderly Jewish women named Celia Caine and Janette van Noss. I also meet with Holocaust survivors.

First, I meet with Rabbi Hebert Morris, a Reform rabbi at Temple Beth Israel-Judea. I then take my first trip to Israel. I take Jewish classes with Patti Moskowitz in Foster City in the Bay Area.

After six months, I undergo a Reform conversion to Judaism in December 1995. My brit milah (circumcision) is completed by Rabbi Chanan Feld of Chabad of Berkeley who is Hasidic and Orthodox. I then take my second trip to Israel. In the summer of 1996, I become a citizen of Israel.

Second, I undergo an Orthodox conversion to Judaism with Rabbi Abner Weiss at the Rabbinical Court of Los Angeles in June 1997. I am given the Hebrew name “Moshe Hillel Rothschild”. I then begin attending synagogue services in Beverly Hills at Beth Jacob Congregation on Olympic Boulevard.

Bringing My Love of God Together

Finally, when I became an adult, I converted to Reform and Orthodox Judaism and became a citizen of Israel. The consistent theme and unifying principle in my life is my love of God. I have an unbreakable bond with God Almighty, and I am surrounded by God’s spiritual angels, and blessed by God’s powerful miracles.

This is the third article in the series, “Black and Jewish: Memoir of a Shifting Self”. The next article will be published exclusively in The Blogs of the “Times of Israel”.