In Parshat Balak, B’nai Yisrael are blessed by Bilam who was originally out to curse Israel but after seeing them close up and under God’s influence, he changed his wording from a curse to a beautiful blessing (Bamidbar 24:4-9):

This is the declaration of one who hears God’s utterance, who sees the vision of the almighty; fallen, with open eyes. How goodly are your tents, Yaakov, your dwelling places, Israel. They stretch forth like streams, like gardens by the river, like the aloe tree that God has planted; like cedar trees by the water…

The fact that Bilam, who was originally commissioned by Balak to curse B’nai Yisrael, uttered these words does not take away from the blessing that lies within. In fact part of his blessing is recited in Shacharit, the morning prayer service (Ma Tovu).

It is an honor for the Jewish people to receive blessings from leaders from throughout the world. We are happy to accept as many blessings as we can get!

Last night, at the opening ceremony of the Maccabiah games in Jerusalem, blessings and good wishes were sent from world leaders whose citizens are participating. It was an honor to be there to see the respect that these leaders have for their Jewish citizens who came to Israel to participate in what has become a Jewish olypmics.

These impressive players come from eighty countries and show unwavering loyalty to both their country of origin and to the State of Israel.

May the Maccabiah players as well as the entire Jewish people continue to be blessed. 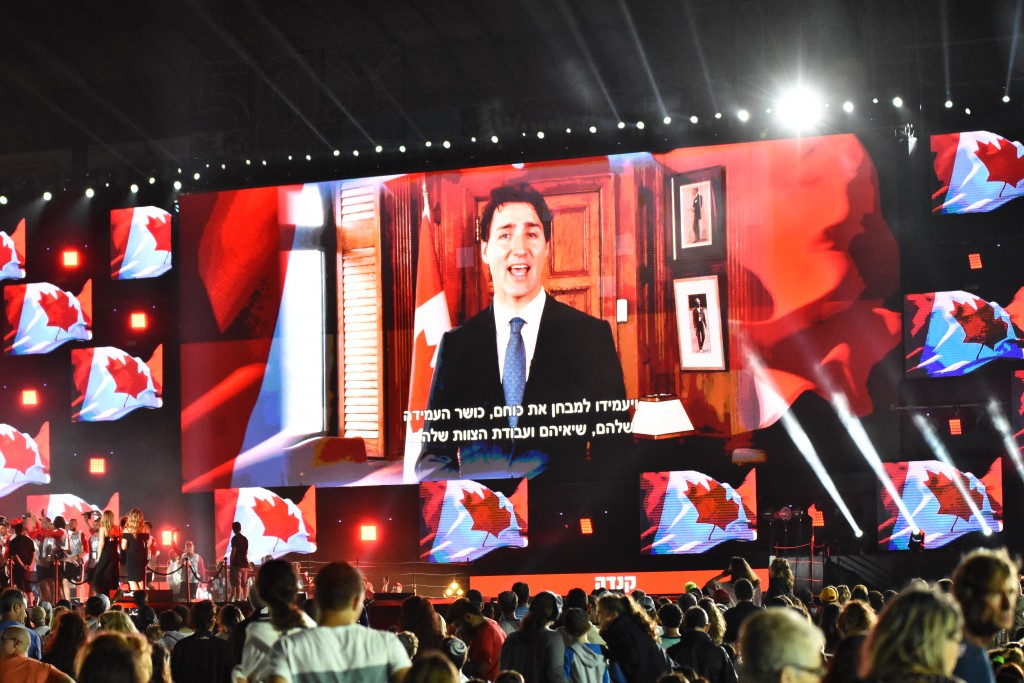 Justin Trudeau, Prime Minister of Canada blessing the Maccabiah participants Photo: Dov Halickman
About the Author
Sharona holds a BA in Judaic Studies from Stern College and an MS in Jewish Education from Azrieli Graduate School, Yeshiva University. Sharona was the first Congregational Intern and Madricha Ruchanit at the Hebrew Institute of Riverdale, NY. After making aliya in 2004, Sharona founded Torat Reva Yerushalayim, a non profit organization based in Jerusalem which provides Torah study groups for students of all ages and backgrounds.
Related Topics
Related Posts
Comments