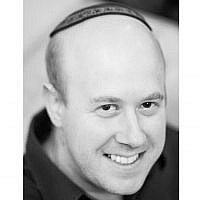 The Blogs
Nehemia Stern
Apply for a Blog
Advertisement
Please note that the posts on The Blogs are contributed by third parties. The opinions, facts and any media content in them are presented solely by the authors, and neither The Times of Israel nor its partners assume any responsibility for them. Please contact us in case of abuse. In case of abuse,
Report this post.

Medical authorities within the state of Israel put a lot of effort into blood donation and collection. At any moment any number of disasters – natural or otherwise – could befall the Jewish State. An adequate supply, or indeed a surplus, of available blood types is essential for the smooth running of Israel’s medical apparatus. With that in mind, I would like to present a logical and cost-effective policy proposal whose goal would be to increase the State’s emergency (and even daily) supply of blood donations.

Military personnel and healthy convicted prisoners are two populations that are uniquely situated to offer needed support to Israel’s blood banks. These groups represent two large and ready reserves of individuals who are capable of donating blood. Israel already conducts widespread voluntary blood collection from the military.  According to Magen David Adom statistics 77% of blood donations come from the civilian sector, while only 23% are volunteered by the military. There is no reason why the military cannot provide a much larger percentage of available blood.  To achieve that goal blood donation ought to be made compulsory for all military personnel.

All combat soldiers should be obligated to give a liter of blood once every few months. Non-combat personnel should be obligated to do the same every few weeks. Soldiers in particular are both young and generally in good health. Large numbers of them are already congregated in central locations making compulsory collection exceptionally easy. Moreover, soldiers are already serving the interests of the State, and blood donation would only add another level of self-service.

Magen David Adom also asserts that in order for Israel to maintain self-sufficiency in blood-supply 5% of her population (of 7 million) must donate blood annually.  That equation translates into 350,000 annual blood donors. To meet this heavy demand another ready supply may be found in Israel’s prisons. The incarcerated ought to be compelled by force of law to give blood to the State.  In 2008 Israel incarcerated about 25,000 individuals.  Many of those incarcerated were in good health and fully capable of donating blood on a continual basis. By donating blood an individual takes part in – quite literally – saving a life. I can think of no better way for a prisoner to pay back his/her debt to society. One can even envision a system wherein prisoners who give beyond the required amount would receive certain benefits.

The advantages of compelling healthy prisoners to give blood are obvious. The incarcerated are already wards of the State, whose civil rights have been severely curtailed. Like soldiers, they are located in centralized locations, making collection both efficient and cost effective.  Many prisoners may have a moral interest in offering blood to a system they have wronged, and others may have more selfish interests in the matter. In either case, the result would be an obvious increase in Israel’s blood supply.

I am calling for the State of Israel’s Ministry Of Health to compel – by force of law – certain sectors of the population to give of themselves for the greater good of the Israeli collective. As the saying goes, force them to “share the burden”. Here the civil rights of individuals (whose rights are already limited by State policy) would be subservient to the greater good of public health. Lives will be saved if we only exhibit the legislative courage to obligate all soldiers and healthy prisoners to regularly give blood.

If you disagree with this policy proposal (and I hope you do!), then please explain to me why the State of Israel has the right to legislate organ ‘donations’ from individuals who simply forgot to ‘opt out’?  What gives the State of Israel the right to compel family to donate the organs of their loved ones against their wishes? If the ‘greater good’ of our citizens trump the need for their explicit consent, then surely the rights of soldiers and prisoners are just another small price to pay, as we gleefully march down that well trodden road of good intentions.

It is said that a ‘State’ is really only an entity that claims a monopoly on the legal use of force. Well now our State is forcing itself into our bodies. Does the State of Israel own a monopoly over your body? If you don’t think so, then I urge you to address this question to Yael German of Yesh Atid (ygerman@knesset.gov.il).

– I thank Avi Woolf and Jubal Biggs for their helpful additions and critiques.

About the Author
Nehemia Stern is a PhD Candidate in the Graduate Division of Religion at Emory University. He lives in Jerusalem and is trying to find as many ways as possible to procrastinate while finishing a dissertation.
Comments