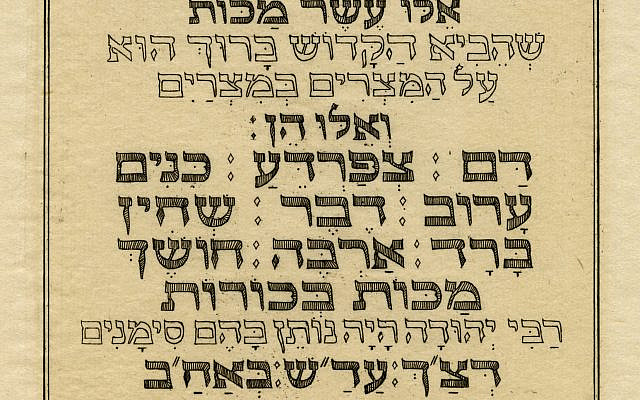 Nachmanides (to Deut. 13:2) explains that an oht is a sign that is supposed to portend the fulfillment of a prophecy. For example, when a prophet predicts that if such-and-such will happen it will be a sign that something-or-other is true, then such-and-such is an oht which serves as a “sign” for the prophecy. Nachmanides further explains that the word oht (ALEPH-VAV-TAV) is related to the word for “coming” (ALEPH-TAV-HEY, or more commonly in its Aramaic form with a second ALEPH instead of the HEY), because it is a sign of things “to come.” The word mofet, on the other hand, denotes a “sign” that will come about in a miraculous way that bends the apparent rules of nature. Nachmanides explains that the word mofet is shorthand for muflat/niflah/pele (“wonderous”) with the LAMMED dropped for the sake of brevity.

Nonetheless, Nachmanides cites the Sifrei (to Num. 6:3) which explicitly notes that oht and mofet are the same thing. Nachmanides explains that this does not literally mean that the two words are true synonyms that bear the exact same meaning. Rather, it means that the two words refer to the same sort of phenomenon. Midrash Lekach Tov, also known as Pesikta Zutrata, cites the Sifrei,but adds that an oht is a “sign” about something in the future, and a mofet is a sign of something imminent. Rabbi Shlomo Aharon Wertheimer (1866-1935) explains that this is not a contradiction, because Midrash Lekach Tov understood that the Sifrei means that there is no difference between the two words in that they both mean “a sign”, but they can differ in the details as to when the implications of that sign are to manifest themselves.

Rabbi David Kimchi (1160-1235), also known as Radak, explains in Sefer HaShorashim that an oht is any type of “sign”, while a mofet refersspecifically to the type of “sign” whose purpose is to cause one to believe in something set for the future.

Rabbi Don Yitzchak Abarbanel (1437-1508) writes that some commentators claim that oht and mofet are synonyms that refer to supernatural phenomena. However, he disagrees with this understanding and explains that neither word refers to any supernatural wonders. Rather, both words refer to natural “signs”. An oht is a sign or symbol which can be within nature. For example, Gen. 1:14 reveals that the benefit of having a sun and moon is to serve as an oht for different periods of time. Moreover, tefillin is called an oht that symbolizes the Exodus, and the flags of each tribe had images which served as an oht that symbolized the tribe (see Num. 2:2). Abarbanel also notes that each letter of the alphabet is called an oht because that letter is a “sign” that represents a certain sound. All of these examples suggest that an oht can be a “sign” that lies within the confines of nature.

The earliest person to use the mofet in this way was Rabbi Shmuel Ibn Tibbon (1150-1230), best known for having translated the works of Maimonides and others from Judeo-Arabic into Hebrew. He writes that mofet refers to a proof which conclusively proves a certain idea; while an oht refers to evidence which points in the direction of a certain idea, but does not conclusively prove it.

Malbim explains that an oht is any “sign” or “symbol” which is used to remind one of something that the sign symbolizes. A mofet, by contrast, is a supernatural “sign” which is used to remind one of G-d — the ultimate mover behind all natural and supernatural phenomena. Malbim simplifies this distinction by explaining that every mofet is an oht, but not every oht is a mofet. [Rabbi Shlomo Pappenheim (1740-1814) contrasts oht with eid, writing that an oht is simply a reminder, while an eid serves to remind and spur one into action.]

Rabbi Avraham Menachem HaKohen Rappaport (1520-1594) writes in his work Minchah Belulah that there are two differences between an oht and a mofet: An oht directly brings one to a certain belief, while a mofet only pushes one in the direction of a certain belief but does not directly bring him to any conclusions. He writes that mofet is related to the word mefateh — “seduce” or “convince”, see Devarim Rabbah §7:9. Alternatively, he explains that an oht is a sign of the Heavenly realm, while a mofet is a sign in the Earthly realm. Finally, Rabbi Rappaport concludes that oht and mofet are simply synonyms that mean the exact same thing.

Malbim explains when Moshe turned his staff into a snake in front of the Jews it was called an oht because it was a sign to them that he was really sent by G-d. However, when Moshe performed the same act in front of Pharaoh it is described as a mofet because to Pharaoh it was simply a supernatural parlor-trick, but had no deeper meaning (because he denied G-d).

Rabbi Wertheimer writes that some claim that the root of the word mofet is YUD-PEH-AYIN, but that the AYIN is always dropped, and the YUD sometimes morphs into a MEM. Accordingly, he explains that mofet is related to mofia (“presents itself”), because a sign is the way one presents an idea to others. Alternatively, he explains that mofet to mean the “presentation of a new, hitherto unseen, phenomenon”.