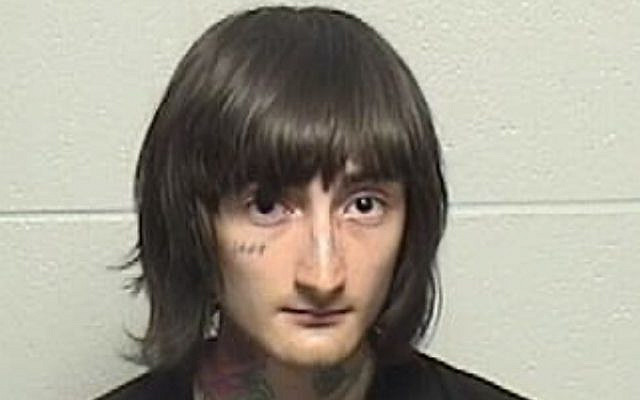 Never in my life would I believe that I would stand up for the civil rights of a mass shooter, yet for whatever reason there is, it’s exactly what I’m doing in the case of Bobby Crimo.

Like everyone else I’m outraged at the actions Bobby Crimo took on July 4, 2022 in Highland Park, IL.  No one has the right to commit murder or to injuring so many innocent people.  I agree that Bobby Crimo’s behavior is criminal and he needs to be held accountable for his actions, along with being prosecuted for his crimes.  Yet, I’m struggling with the idea of this young man spending life in prison.

My views have nothing to do with the color of his skin, or the fact that he grew up amongst the “white privileged” of Highland Park.  My views come from the fact that Bob Crimo was “allegedly” abused and neglected by his family.  He was neglected by the community he came from.  Bobby’s cries for help went ignored by the local police, the school system and by the mental health system that was in place.  It’s obvious that Bobby Crimo is mentally ill.  This young man needs immediate psychological help.

Robert E. Crimo, IIII who is charged with first degree murder was assigned a pubic defender by the court. His attorney‘s name is Greg Ticsay, according to his LinkedIn profile his attorney is experienced in misdemeanor crimes — and not with violent crimes such as murder.  What Bobby Crimo needs is a high powered criminal defense attorney to represent this young man pro bono.

When you erase your anger and outrage at Bobby Crimo’s violent actions, and start to examine the entire picture of what occurred in Highland Park — you might start to agree with me.   I personally don’t believe it would do society any good by sentencing Bobby Crimo to life in prison.  This young man is seriously mentally ill.

Bobby Crimo has been crying out for help for nearly a decade.  He has had multiple suicide attempts.  Sadly, his parents, the community, law enforcement, and the mental health systems were negligent in providing this young man the care he needed. Keep in mind that this is the second mass shooter who grew up in Highland Park.  Laurie Dann was the first.

Bobby Crimo NEEDS to be committed to a psychiatric facility so that he could be thoroughly evaluated and treated, prior to a trial and or sentencing him to life in prison.  Once Bobby Crimo is psychologically stable, and we all learn the facts about what lead up to his murderous rampage, then we can consider him going on trial and being sentenced.

I’ll admit that I have never met Bobby Crimo or have I done a official psychological assessment of this young man, yet by everything I’ve been reading in the news — and how there have been multiple differing descriptions in who this young man is, I can’t help but wonder if Bobby Crimo has a Dissociative Disorder.  These disorders are commonly developed amongst children who grew up in an environment like Bobby’s. The vast majority of individuals who develop a dissociative disorder are NOT violent, yet in extremely rare cases they can be.

According to the DSM-5:

Dissociative disorders are mental disorders that involve experiencing a disconnection and lack of continuity between thoughts, memories, surroundings, actions and identity. People with dissociative disorders escape reality in ways that are involuntary and unhealthy and cause problems with functioning in everyday life.

Dissociative disorders usually develop as a reaction to trauma and help keep difficult memories at bay. Symptoms — ranging from amnesia to alternate identities — depend in part on the type of dissociative disorder you have. Times of stress can temporarily worsen symptoms, making them more obvious.

We already know that Bobby Crimo is an adult survivor of neglect and child abuse. From various records we know his mother has a history of violent outbursts.  From other reports we have learned Bobby’s father had been neglectful.  Yet until a full psychiatric evaluation is done, we won’t know the extent of trauma Bobby Crimo experienced.

So please don’t pass judgement on Bobby Crimo just yet.  This young man needs a high powered criminal defense attorney to volunteer to take on his case.  We also ALL need to demand that Bobby receives the psychiatric care he desperately needs prior to a trial and conviction.

About the Author
Vicki Polin is a feminist who has been a Social Justice Activist since her childhood. Vicki is also an award winning, retired psychotherapist who worked in the anti-rape field for just under forty years. For fun Vicki is an artist and nature photographer.