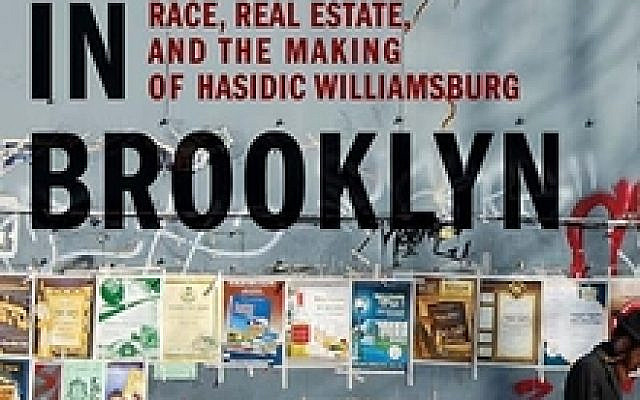 In the late 1940s, two nascent Orthodox groups in the United States were Satmar Hasidim in the Williamsburg section of Brooklyn and the German Breuer’s kehila in the Washington Heights section of Manhattan. At that time, if someone were to conjecture which group 70 years later would have multiple exponential growth, and be a significant player in New York City politics, and which group would be a shell of its former self, I think it would be unanimous that Satmar Hasidim would be seen as a forgotten relic. God obviously had a different calculus, and the opposite is true.

In A Fortress in Brooklyn: Race, Real Estate, and the Making of Hasidic Williamsburg (Yale University Press), authors Nathaniel Deutsch (professor of history at the University of California, Santa Cruz) and historian Michael Casper has written a spellbinding narrative of how the Satmar community went from a small group of post-war stragglers in Brooklyn to significant players in the New York City political and real estate worlds.

Rabbi Yoel Teitelbaum, founder and first Rebbe of Satmar in America, who took an isolationist approach, is perhaps the least likely candidate for someone to develop a thriving and progressive community in the one of the roughest sections of New York City. However, once again, God had a different calculus, and the opposite is true.

The neighborhood of Williamsburg was named in honor of Jonathan Williams, a grandnephew of Benjamin Franklin, who first surveyed the territory in the early 1800s. The book explores how this neighborhood became a site for a uniquely American epic of religion, race, class, politics, and above all, reinvention.

While the term reinvention is not likely to be associated with Hasidim in general and Satmar specifically, the book details the series of extraordinary reversals and reinventions that mark the history of Hasidic Williamsburg. Rabbi Yoel Teitelbaum of Satmar initially saw the United States in a most negatively light, a place that had to be avoided at all costs. He later reimaged America as the very center of an epic theological drama that would lead to the arrival of the messiah and redemption of the Jewish people. Furthermore, this process, he felt, would begin on American soil before culminating in Israel.

With his isolationist approach and the goal to create a holy camp in Brooklyn for his followers and recreate the European Hasidic experience, the Satmar Rav also showed he had a relatively flexible approach to rebuilding in American and showed extreme pragmatism in how to do that.

Rebuilding Satmar in America was like fighting another war. And as Dr. David Myers (professor of history at the University of California, Los Angeles) writes in “Commanded War”: Three Chapters in the “Military” History of Satmar Hasidism, the pronounced role of military language and a martial outlook has long been a decisive factor within Satmar. They used and still use the pervasive language of war, which emerged from a sense of the grave perils posed by modernity.

The most recent aspect of this war is detailed in the book where Satmar saw a threat in the hipster movement (known within Satmar as the artistn), which was making significant inroads into Williamsburg. This, in turn, leads to the situation where rents were no longer affordable to many of the working class Hasidim.

For the most part, Satmar Hasidim is a poorly understood group, and many writers try to cover them, but their articles and books are often filled with misunderstandings and countless mistakes. While the book is not meant to be a comprehensive overview of Satmar, the authors provide an interesting and nearly flawlessly researched portrayal of this unique group in American life. Satmar comes out in these pages as a modern-day Horatio Alger story.

With a decade of research going into the book, based in part on numerous interviews with Satmar community members, the authors have written a fascinating and engaging work that captures the remarkable story of the rebuilding of the Satmar community.

While they may dress in austere black and white clothing, the book captures how Satmar has been able to be both loyal to tradition and highly dynamic. A Fortress in Brooklyn: Race, Real Estate, and the Making of Hasidic Williamsburg (the title is a tribute to the legendary novel A Tree Grows in Brooklyn) is a fascinating story of change, not changing, tradition, and pursuit of the American dream.