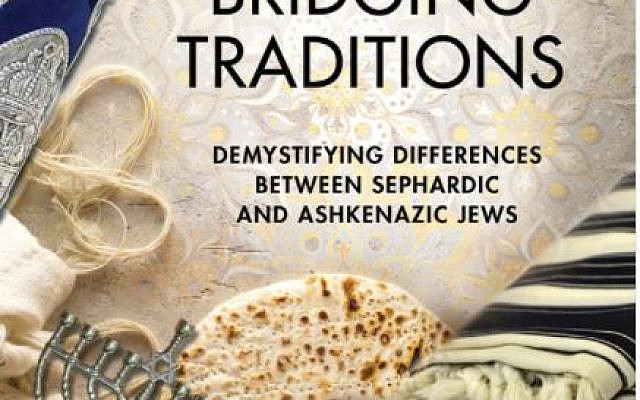 I thought of the idiom “don’t judge a book by its cover” after I started reading Bridging Traditions: Demystifying Differences Between Sephardic and Ashkenazic Jews (O-U Press) by Rabbi Haim Jachter. I thought that aside from kitniyot during Passover and starting selichot much earlier, Sephardic and Ashkenazic practices were not really that different. I was expecting this to be a dry analysis of different customs. But what I ended up reading was a brilliant mosaic on the vibrancy and dynamic nature of halacha.

As the Ashkenazi Rabbi of Shaarei Orah, the Sephardic congregation of Teaneck, Rabbi Jachter is man who has the unique task of living in two halachic worlds. His book covers the entire gamut of the Jewish lifecycle and holidays and details where Sephardic and Ashkenazic practices diverge.

Rather than a dry ritual comparison, the book details the why of the differences. Often, the divergence in practices is due to the difference in how to approach the topic at hand, and how much each group integrates kabbalistic considerations. He notes that 95% of Sephardic and Ashkenazic practices are the same. However, the differences between the two worlds are what the book is about.

Before getting into the trenches, the terms Sephardic and Ashkenazic are overly generalized. Within Ashkenazim, there are scores of subgroups. From the yekkes in Frankfurt to the various Polish and Hungarian Hasidic groups and more. In the Sephardic world, from Iraq to Morocco also encompassed scores of different subgroups. In Morocco alone, there were many divergences in customs from the varied communities. The book shows that Sephardic halacha is far from monolithic and encompasses myriad cultures and communities.

When it comes to Sephardic halacha, some naively think that if the Rambam and Shulchan Aruch rule in the same manner, then all Sephardic Jews would follow that practice. But Jachter writes that Sephardic halacha is far too complex and nuanced to be reduced to such a simple formula.

A prime example of this is found in the variety of Sephardic practices regarding whether the Kohanim or the chazan begins Birchat Kohanim by reciting the word Yevarechecha.

Some of the more interesting differences he details are:

The book also spends much time dealing with what to do when a person finds themselves in a synagogue or community where their specific cultural practice is not done and what the repercussions are. One of the more fascinating instances Rabbi Jachter details is at a wedding where a Sephardic couple uses an Ashkenazi ketubah.

Given the difference between the two groups in relation to multiple marriages, if a Sephardic couple uses the Ashkenazi text of the ketubah, then the Sephardic groom has failed to accept upon himself the prohibition of polygamy. This is because Sephardim commit themselves to a solemn oath recorded in the Sephardic ketubah, not to marry more than one wife unless a proper beit din grants permission to do so.

While some may think that the notion of a marital prenup started with the recent RCA initiative, Jachter quotes Rabbi Shalom Messas, who was the Chief Rabbi of Morocco and later the Chief Rabbi of Jerusalem, who stated that the Moroccan rabbinate instituted a prenuptial agreement in 1952 to avoid the problem of agunot.

Little do people know that the RCA prenup actually has its impetus in Casablanca. When the Moroccan prenup came to the attention of Rabbi Gilbert Klaperman, founding Rabbi of Congregation Beth Sholom in Lawrence, New York, and then president of the RCA, of the Moroccan rabbinate approach, he invited Rabbi Messas to address a convention of the members of the RCA about the prenuptial agreement.

No book about Sephardic halakha can be written without the mention of HaRav Ovadiah Yosef. And hardly does a page go by without Jachter quoting Rav Ovadiah. In the biographical chapter about Rav Ovadiah, Jachter writes that he was in a class by himself. He notes seven facets about Rav Ovadiah that each alone would have had him leave a lasting legacy. The fact that he accomplished all seven (extraordinary memory and knowledge, extraordinary Dayan, restoring the prestige of Sephardic Jewry, and more) does show that he was without a doubt in a class by himself.

This is a fascinating book in which Rabbi Jachter, albeit unwillingly, shows that he too is in a class by himself. One is hard-pressed to find someone with a mastery of Sephardic and Ashkenazic practices, the ability to articulate details in an organized and readable manner, like Rabbi Jachter.

After spending over 500 pages detailing the differences between Sephardic and Ashkenazic practices, the book closes with the incisive observation that these differences are not problematic. Rather, they are a healthy expression of the legitimate variety without the Jewish nation. As long as Sephardic and Ashkenazic Jews maintain a commitment of reverence and esteem for each other, the divisions will not serve as a source of tension. But rather part and parcel of a truly Messianic vision for our people.